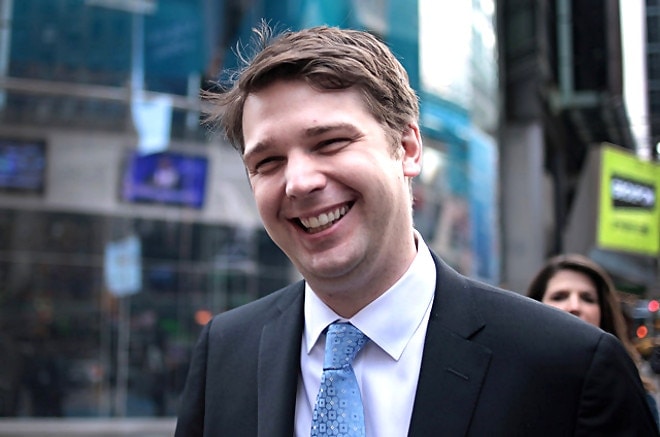 Weeks after halting all promotions for gun-related products and activities, and years of poor returns and failures to meet expectations, the Groupon board of directors has fired eccentric CEO Andrew Mason.

Are they connected? No, of course not, not directly. Groupon’s recent anti-gun position is just a symptom of Mason’s leadership, and it’s resulting fallout. The company has faced criticism for years that their business model was flawed, even predatory.  When they started out, Groupon was praised for their ability to draw large crowds and work with businesses everywhere and of all types.

Over time, their results painted a different picture of how they earned their keep.

“Groupon was riding high because its most important constituency — the small businesses who slashed their prices to entice Groupon’s customers — was getting ripped off. When Groupon runs a deal with a local business, it demands very unfavorable terms. First, the merchant is asked to substantially reduce his prices. Then he has to agree to give Groupon a huge split—often 50 percent—of the tiny amount that he does make from each Groupon sale. For instance, if my fast-food shack normally sells a burger-and-shake combo for $10, Groupon will want me to offer it for $5, and then take half of the $5 sale—so I’ve just sold $10 of merchandise for $2.50.”

Business were happy to contract with Groupon — at least, the first time — because Groupon paid them up-front. It’s like getting paid to give away free samples, but being contracted to giving away whole meals to customers that don’t necessarily ever return.

As business was declining for Groupon, they reacted to anti-gun groups, specifically the Coalition to Stop Gun Violence operating out of Washington, D.C.

“Even before Newtown,” said Ladd Everritt, director at CSGV, “Groupon was undoubtedly getting e-mails from users who threatened to discontinue their membership if the site continued to promote those types of deals, and I expect those emails have only accelerated in intensity after the tragedy.”

News spread quickly of Groupon’s new policy in the gun world, leading to a boycott of Groupon by both gun owners as well as gun-friendly businesses, causing the company to lose enough business to force them to review their no-guns policy.

Concealed-carry class deals and other gun-related coupon-able activities simply moved to other deal-setting networks, such as Living Social, even though Groupon eventually reversed their decision.

While their lost gun-related business was enough to make Groupon reassess their guidlines, it’s doubtful that’s what led to Mason’s getting fired. The company has lost almost $1 billion of more than $4 billion in revenue since 2008, and cost their investors more than three-quarters of their IPO.

“But since Groupon made merchants… miserable, it needed to spend lots of marketing money to replace those unhappy merchants. A Yipit analysis of its Boston results between the third quarter of 2010 and the first quarter of 2011 showed that Groupon’s customer acquisition costs spiked 485% from around $9 to $52 per customer.”

The real question is whether or not Mason’s directorship was really all that different from the business model Groupon has followed since going public.

It will take a colossal effort for Groupon to change its reputation among business owners from predatory lender to legit social networking advertiser — TechCrunch famously called them loansharks — it will take time and real change to find out if giving Mason the boot was a token move or if Groupon plans to resume business as usual. There is a chance that Groupon is just going to go another round with investors and businesses alike.

Until then, customers may be wary of doing business with them again or even for the first time.