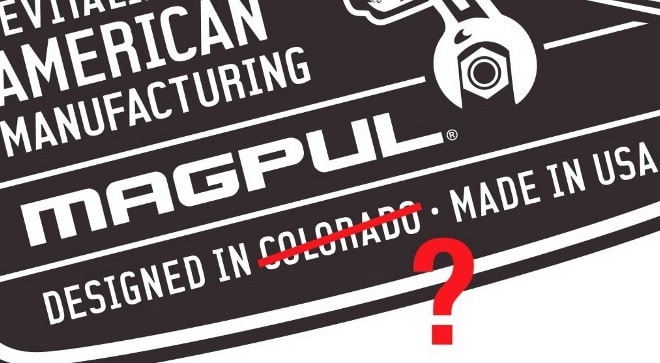 In a recent announcement, Magpul is enacting a new policy where they will not sell to law enforcement in states with laws banning certain firearms or with magazine capacity limits. They’re one of more than 100 companies that have similar policies.

While a few notable companies have had similar policies for years, the number of companies who are now boycotting law enforcement agencies has ballooned following the recent surge of new gun control laws.

Magpul’s policy will halt all law enforcement sales for now, and may in the future include a provision to sell to individual officers who “uphold their oath to the U.S. Constitution — specifically the Second and Fourteenth amendments — as it applies to all citizens.”

Some have criticized this as a half-measure, saying that officers may make hollow pledges to Magpul in order to purchase their products, and that this is more of a marketing move.

Others are defending the policy. Right now it’s hard and fast, with an end to all law enforcement officers in so-called “ban states.” Citing Magpul’s other contributions to the ongoing fight for gun rights, including direct action in their home state of Colorado against recent gun control legislation and their prioritization of sales to Colorado residents as indicators of Magpul’s sincerity, many are backing the company with its decision to halt or at least severely curtail sales to law enforcement in those states.

Magpul has also announced that they will relocate pending a Colorado magazine capacity limit, saying that it would be hypocritical for them to pay taxes to support a state that would restrict its residents’ rights.

LaRue Tactical, Spike’s Tactical, Barrett, Bravo Company USA, Primary Weapon Systems, Midway USA, CMMG, Volquartsen Custom, Wilson Combat and Vltor are other big names in the industry that are enforcing similar policies with regards to sales to law enforcement. The list of companies that are officially boycotting law enforcement is up to 117 (at the time of writing).

Here is the body of their announcement, “Regarding LEO Sales,” in full.

Back in 1990, when I was deployed in Desert Shield and Desert Storm as a Marine grunt, some companies prioritized me items for my M16 for shipping that I purchased with my own funds.  After getting out and forming Magpul in 1999, I established the same priority policy for Military and Law Enforcement, due to the requirements of their profession.

The same policy has been in place for 13 years now and has never been an issue until a few days ago. I do not support the idea that individual police officers should be punished for the actions of their elected officials. That said, I understand the concerns that some have with Law Enforcement officers getting special treatment while at the same time denouncing Second Amendment rights to another citizen in the same state.

With the fight in Colorado right now we do not have time to implement a new program, so I have suspended all LE sales to ban states until we can implement a system wherein any Law Enforcement Officer buying for duty use will have to promise to uphold their oath to the U.S. Constitution — specifically the Second and Fourteenth amendments — as it applies to all citizens.