What’s more, Boyle has cosponsored the Second Amendment Protection Act (SB 3948), a bill that would essentially repeal the gun control provisions in the ‘SAFE’ Act, including the redefining of ‘assault’ weapons (from two cosmetic characteristics down to one), the creation of a new statewide database to track ammo sales, the retroactive ban on magazines that hold more than 10 rounds, among others (for a full summary, click here).

“The so-called SAFE act was a mistake,” Boyle said in a statement.  “Its passage lacked transparency and public input and its wording was ill-conceived and of questionable legality.”

“Lawmakers like myself might have caught these mistakes if we were given more than two hours to read the bill,” he continued, referencing the fact that the Governor waved the mandatory three-day legislative review period to ram through the bill in the dead of night (after 11 p.m. on Jan. 14, 2013).   “A good leader admits a mistake and works to rectify it.  That is what I am doing.”

The Senator’s recantation of the SAFE Act comes in the wake of protests statewide from gun rights advocacy groups and organizations.  Last week, thousands of gun owners descended on West Capitol Park in Albany to voice their discontent with Cuomo and his gun control agenda.

“We owe it to our constituents to start over and give fair and open consideration to the issues of public safety and Second Amendment rights.  While several provisions of the NY SAFE Act were well intentioned, it is evident now that the law violates the Second Amendment while not providing the right measures to protect against another tragedy like Newtown,” Boyle said.

“That is why I am cosponsoring legislation that implements more thoughtful, common-sense reforms to make our communities safer while also protecting the Constitutional Rights of law-abiding citizens.”

Here is an example of a common-sense reform pulled from Boyle’s new bill:

Section 11 of this bill would repeal section 41-a of the SAFE Act which would criminalize the possession of a firearm, which would include the newly defined “assault weapon” and make the failure to register a firearm, including the newly defined assault weapon, a felony crime. The latter provision of the SAFE Act could result in thousands of otherwise law abiding New Yorkers being subject to felony prosecution if they fail, refuse or neglect to register weapons that are now legal. This section is of questionable constitutional validity and appears in conflict with the New York Civil Rights Law.

“This is an important opportunity to start over and pass these reforms the way we should, through a comprehensive process that involves public hearings and thorough debate,” Boyle said and added, “Only then will we pass a law that enhances public safety and protects law abiding gun-owners’ rights.”

While one should applaud Sen. Boyle for trying to right his wrong, I’m not sure I accept the premise that he made a “mistake.”  Making a “mistake” in my book is like rolling through a stop sign or leaving the Lasagne in the oven too long. 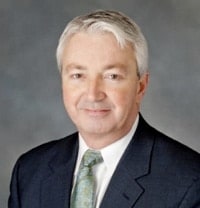 Voting for a bill that guts the Second Amendment rights of your constituents isn’t making a “mistake,” it’s a gross dereliction of duty that borders on treasonous activity, especially for one who has sworn an oath to protect and defend the Constitution.

Now, I get the excuse that Cuomo rushed through the bill and didn’t give lawmakers much time to review the 73-page document.  But even as someone who is not an attorney or an elected official, I’m pretty sure I wouldn’t need more than two minutes to recognize that the SAFE Act was a piece of garbage.   And even if one didn’t even read the bill, all he or she needed to do was watch Cuomo’s histrionic speech, where he said, “No one needs 10 bullets to kill a deer!” as if the Second Amendment was written to protect deer hunting.

Sure, emotions were fraught after the tragedy in Newtown and the country was in shock, but that’s all the more reason to be on guard for gun-grabbing opportunism.  In this case, Boyle along with his peers in the Legislature failed to do their job when it mattered most, which is inexcusable.  Consequently, New Yorkers are – barring a stroke of significant luck (a successful legal challenge or the passage of Boyle’s bill) – probably screwed for the foreseeable future.

Moving forward I hope gun owners in New York remember who stood with them when the going got tough and who, for whatever reason, made a “mistake.”

Then again, maybe I’m being too tough on Sen. Boyle, your thoughts?