The NRA 500: NASCAR Finds a New Friend and Sponsor 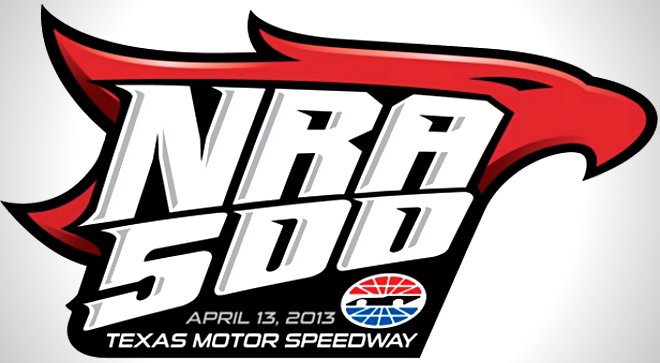 The National Rifle Association is taking their sponsorship of NASCAR and the racing sports to a new level this year, grasping at a chance to re-brand the Sprint Cup Series 500 race on April 13, following Samsung’s departure as the leading sponsor. It will be the first NRA 500.

“We’ve had other offers but a lot of people wait and expect you to drop your price. That’s not something we do. We’re not going to be a discount speedway,” said Texas Motor Speedway President Eddie Gossage, not revealing specific details. “They were willing to meet the price. They afford us some great marketing opportunities as well with their membership to reach out to them and try to bring their members to attend the race here.”

“It’s not about politics. It’s about sports marketing,” Gossage said. “They saw it was obviously a very attractive sports marketing opportunity and seized it. That’s what it’s all about,” he continued. “It’s about putting on one of the great sporting events in America. I know in Atlanta last year they saluted a lot of the people that make America free. They are going to salute American freedoms and American families with this race. That’s their plan so it seemed to be a good fit.”

“The NRA 500 is the latest announcement in the long history of a growing partnership between the NRA, Speedway Motorsports and the NASCAR community. NRA members and NASCAR fans love their country and everything that is good and right about America. We salute our flag, volunteer at our churches and communities, cherish our families and we love racing,” said the NRA’s Wayne LaPierre.

This is not the NRA’s first time sponsoring a NASCAR event. In the past they headlined the NRA American Warrior 300 in Atlanta.

Some people are criticizing NASCAR for signing with the gun-rights organization after NASCAR CEO Brian France and his wife Amy donated $50,000 to the Sandy Hook School Support Fund, calling it “incongruous,” as if the NRA sponsored Adam Lanza.

“I think, like everybody thinks, that was a heartbreaking occurrence,”said Gossage. “But we don’t see any correlation between that horrible act of violence and this organization.” 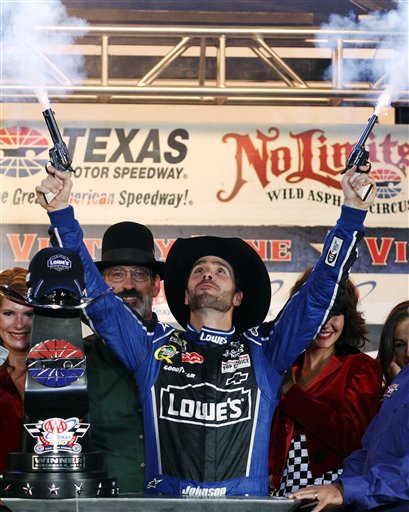 But it’s not likely that NASCAR fans, teams and other sponsors are going to be strongly-opposed to the new face in racing.

“Obviously we know the NRA well and I can tell you from just looking at the demographics, I can tell you from the social media that I’ve been sitting here monitoring since that announcement was made, it’s probably 99 percent supportive. Some wildly supportive,” Gossage said. “The public, it doesn’t seem to be they’re going to have any issue with it, and I’m not sure why anybody would think they would.

“Like I said, know your demographic and we pride ourselves on being good at what we do,” he said. “So we know what we’re doing and who we’re partnering with.”

Bruton Smith, the chairman of Speedway Motorsports Inc. that owns TMS, has no concerns about partnering with the NRA.

“It’s not a touchy issue at all,” said Bruton Smith, the chairman of Speedway Motorsport, the company that owns the Texas Motor Speedway. “We’re at Texas. I guess if you want to find any state in the United States that is pro guns, Texas would be it. You have more hunters per capita in Texas than any place I know.

“The sponsor is a great sponsor. We’d welcome them if they wanted to sponsor another event.”

Smith also said that the NRA has been one of the “greatest contributors” to the Speedway Children’s Charities for more than a decade, a program Smith founded. The NRA has donated over $500 million to the charity since 2000.

If the NRA is going to receive any stringent criticism for this sponsorship, it will be because they are likely facing some of the most important gun rights battles seen in decades, and by sponsoring NASCAR, they’re preaching to the converted, and possibly stereotyping the American gun owner.

The price paid to sponsor the April 13 event is estimated to be up to $1 million, which may be perceived as wasteful. But the outcome of making the NRA an everyday name in the greater world of sports might outweigh the costs.

The NRA is branching out still. NRA recently announced a new series featuring Internet celebrities of the gun world, starting with Colion Noir as a spokesman for NRA News.