The signs are in the front window of Collectable Arms & Ammo in Merrimack, which is about 50 north of Boston. Store Co-owner Keith Cox told the affiliate that he has no apologies for the storefront even though it has irritated some neighbors.

In the poster, which you can see below, the title “Firearms Salesman of the Year” is printed around the President’s face, and below him are two AK-47 rifles. And there’s a second poster on the other window featuring the images of Adolf Hitler, Josef Stalin and Mao Zedong accompanied by a statement that reads, “All Experts Agree, Gun Control Works.”

“We like to have the creative storefronts which are sort of fun in one aspect and in another aspect if we have an opportunity to make a statement we’ll do that as well,” Cox told the reporter. 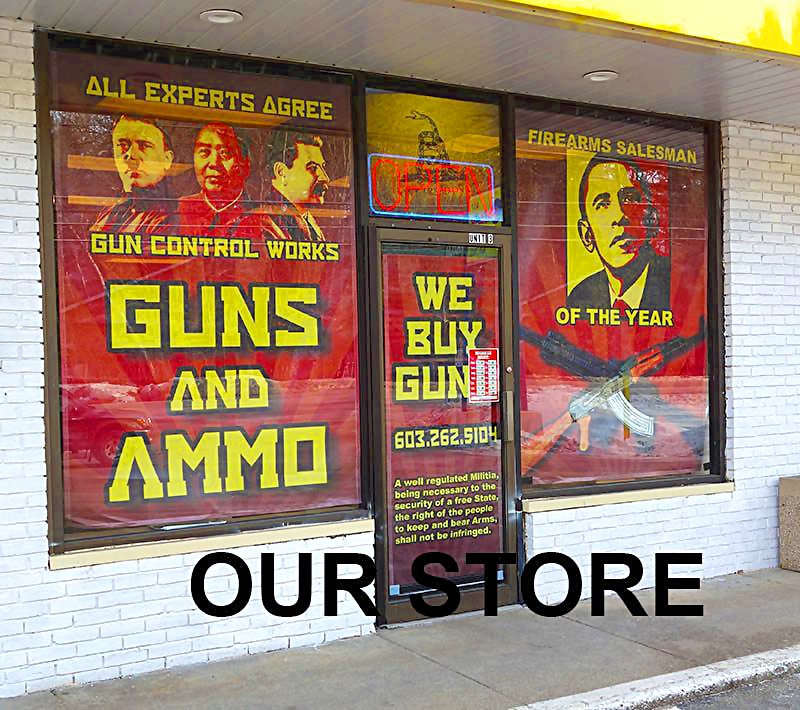 Here’s the design by itself: 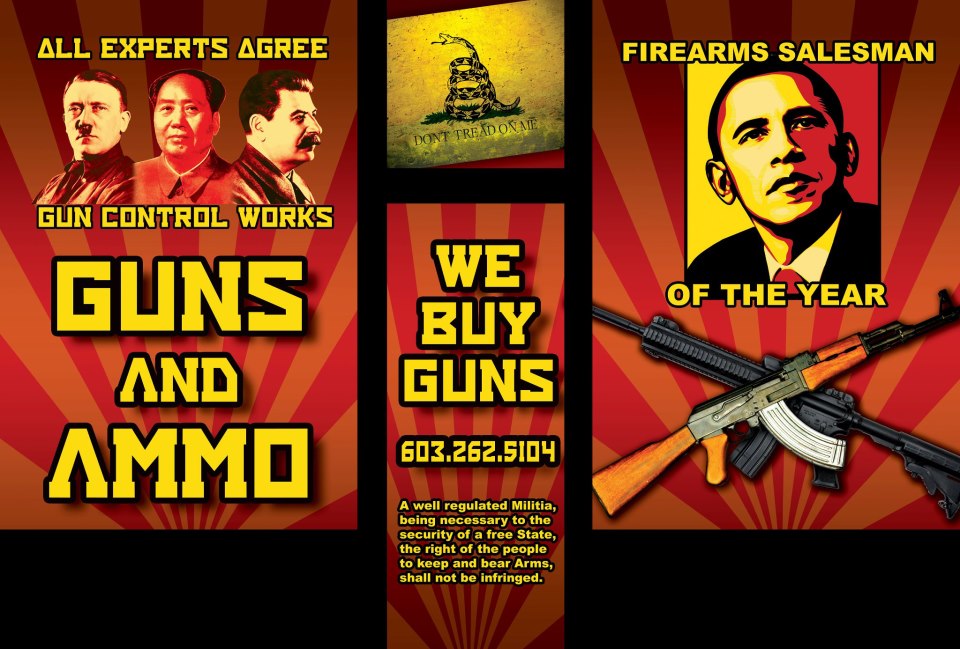 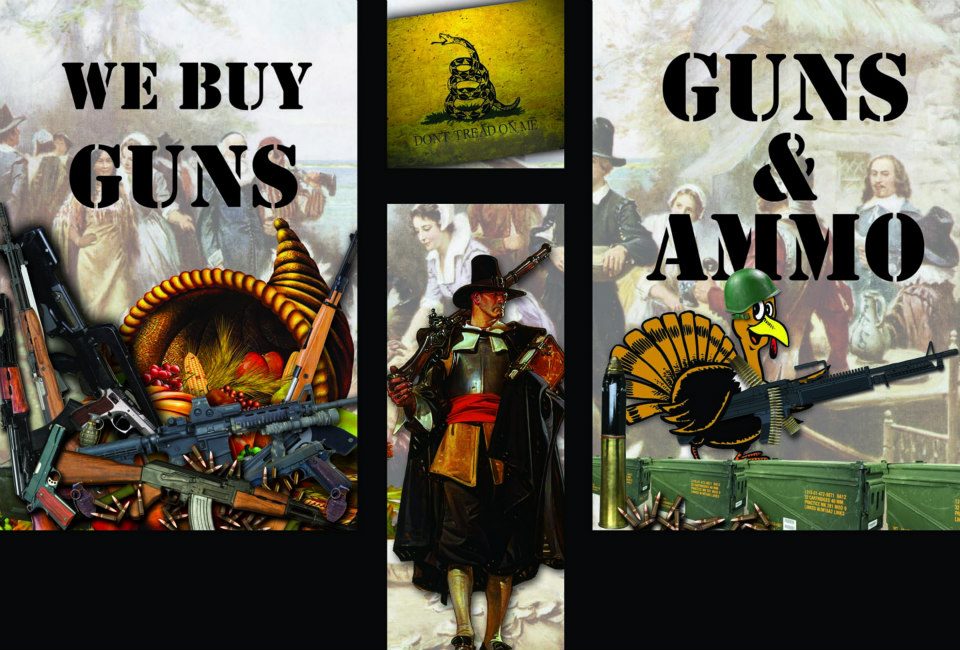 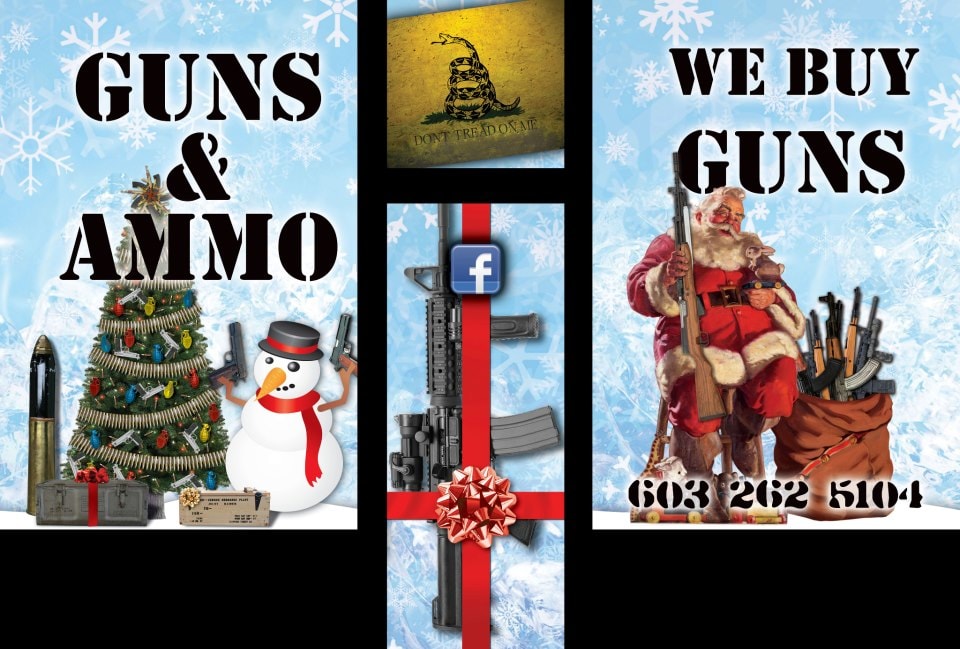 Here’s what they’ve got in the works: 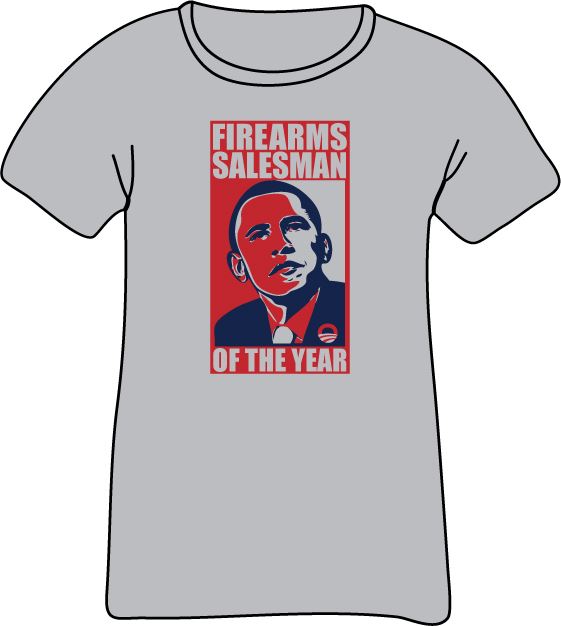 For more info head over to Collectable Arms & Ammo’s New Hampshire store, or their website here and check out their Facebook page.