A Louisiana mother chased off an armed intruder from her home with screams and shotgun blasts early Tuesday morning. 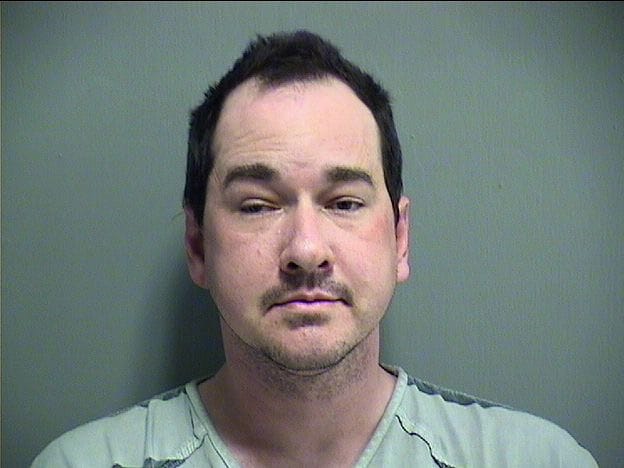 We’re not sure if Joseph Hall Rogers, 36, is looking at the camera or something else.

The incident happened at a home in the Covington Country Club, an area about 40 miles north of New Orleans and just across Lake Pontchartrain. Around 1:40 in the morning the woman awoke in her bed to an armed man standing in her doorway, according to the incident report.

As they noticed each other the man, later identified as 36-year-old Joseph Hall Rogers, pointed the gun at the woman and the frightened woman responded by screaming. Her screams startled Rogers and he retreated from the doorway. While he was on the run, the woman grabbed the shotgun she kept in her closet and went directly to her children’s rooms to see if they were ok before following him.

With her shotgun in hand she forced Rogers outside, and once he was in the yard she fired three rounds from her doorway in his direction. Since none of the shots hit him, he kept on running.

St. Tammany Parish Sheriff’s deputies with a K-9 unit canvassed the area and found Rogers a short time later. He was drunk and alone. Rogers resisted arrest and was ultimately Tased before taken in by the arresting deputies.

After the woman verified that Rogers was the man inside her house later that morning, the sheriff’s department charged him for home invasion and resisting an officer.