Early monday morning police came across a suspicious car parked outside a local business in Ada, Oklahoma.  When they went in for a closer look, they found two women chilling inside of it.

As it turned out the women were Jennifer Delancy, who had a warrant out for her arrest, and Christie Dawn Harris, who smelled suspicious by a police dog.

After being taken into custody Harris begged the officers to use the bathroom, so they let her.  But when she returned they noticed some protrusions from Harris’ private parts, or as court records stated, “Harris’ vagina area.”

Harris tried to conceal her ‘5 shot’ revolver in her vagina, and police later found bags of meth stuffed in between her butt cheeks.

That protrusion coming from her vagina area was the wooden handle of a Freedom Arms revolver, which was, by the way, loaded.  Harris faces charges for drug possession and for smuggling a firearm into jail. 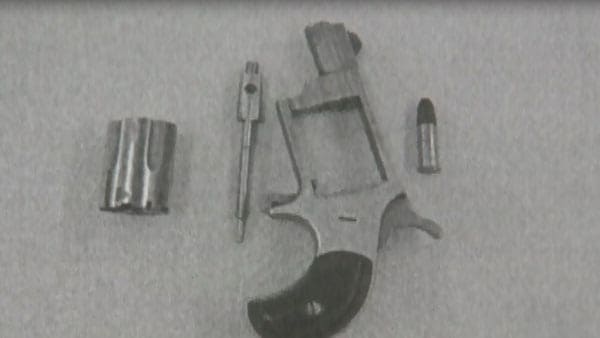