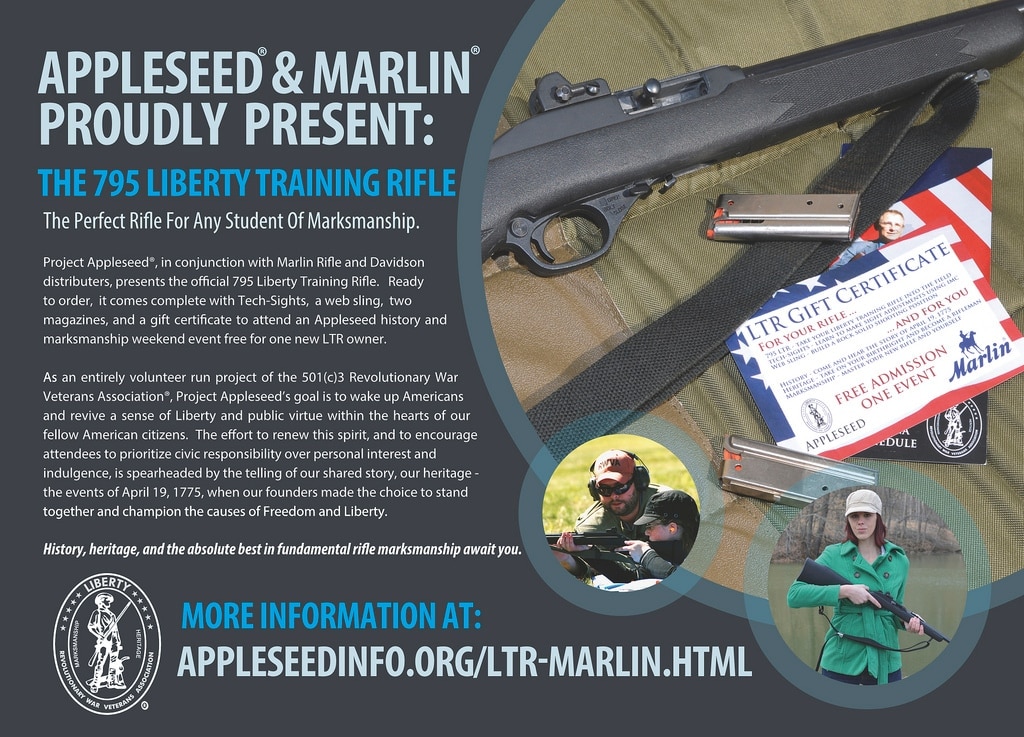 Marlin has teamed up with Appleseed — the national shooting and historical society dedicated to teaching people the fundamentals of marksmanship and the annals of the Revolutionary War — to bring to market an official “Liberty Training Rifle,” a specialized Marlin 795.

While a factory Marlin 795, Ruger 10/22, Henry Golden Boy, even a decked out AR-15 or just about any rifle will take you through an Appleseed event, Appleseed likes to focus on a wide range of shooting skills and some things are highly recommended, such as the use of magazine-fed semi-automatic rifles, preferably .22 rimfires simply due to the amount of ammo an Appleseed shoot requires.

Peep sights are preferred and slings are practically necessary, which is why the new Marlin LTR comes with both. Marlin went with official Tech Sights brand Tech Sights for the LTR, which are heavily-favored by Appleseed shooters. The sling is a traditional canvas sling.

Finally, the LTR comes with two 10-round stick magazines. 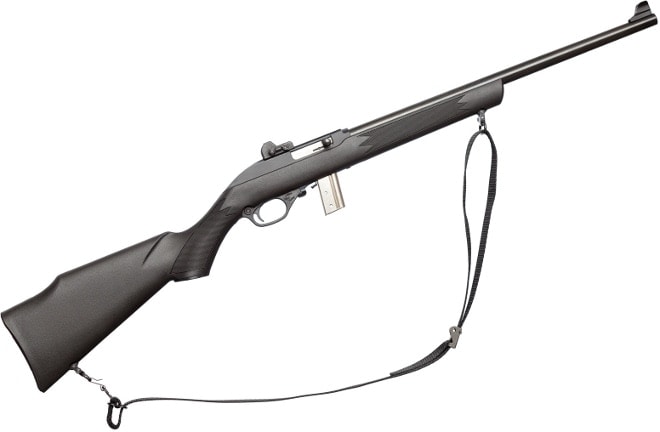 What’s really impressive about the Appleseed LTR by Marlin is the price. The MSRP is just $299, barely more than a stock 795, which hopefully means the real-world price will be around $225. That, plus a gift certificate to attend an Appleseed shoot for free, makes the 795LTR a really nice value.

From the looks of it, the Marlin LTR has the same specs as a standard 795; 18-inch barrel, micro-groove rifling, overall length of 37 inches and weighs in at 4.5 pounds.

If you were thinking about attending an Appleseed shoot and were still working on what rifle is the best rifle for the event, this should answer your question pretty adroitly. About the only thing we could think of that could possibly make this gun better were if it came with a couple bricks of ammo; then you’d really have everything you need for an Appleseed weekend. 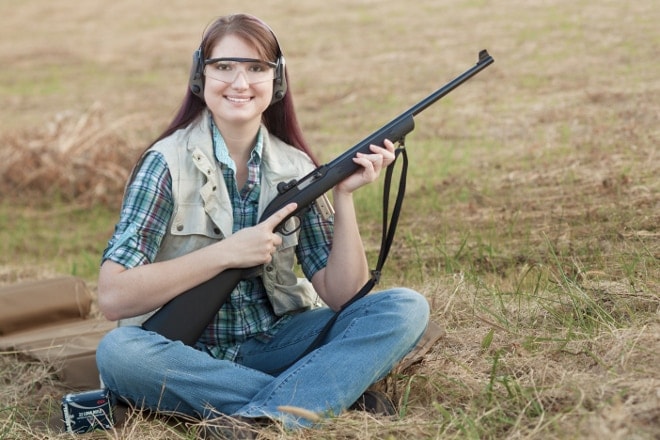 For more always-terrific photos of the Marlin 795LTR, head over to the VolkStudio Blog.