EDITORIAL: After Restrictive Legislation in Maryland, What's Next for Beretta?

In the 1980s, Maryland looked like a logical place for Beretta U.S.A. to do business.

When the 500 year old Italian company began establishing their American made brand image, they found the Old Line State most hospitable.  D.C. is a short drive north.  Virginia, with its federal agencies and long sporting traditions, is close on the western and southern borders.  Beretta chose Accokeek, a area ripe for expansion with a readily available workforce and a history of firearms production.

Beretta U.S.A.’s presence in the southern part of the state has been an economic boon for the local residents.  Beretta U.S.A. has contributed millions to the state’s coffers.

Beretta U.S.A.’s employees, and countless others involved in supplying their Maryland plant, produce the M9, the side arm of most U.S. military troops.

Why, then, would state legislators actively pursue legislation that will make it impossible for Beretta U.S.A. to continue with business as usual?  It seems dubious, economically, but politicians aren’t idiots.

It is easier to blame our epidemic social problems on polymer and steel (and appear to be doing something) than it is to actually address the roots of violent behavior and mental illness, (which may shift the responsibility to parents, teachers, media, clergy, voters … all of us).  Ban a gun and pat yourself on the back for solving the problem.

But what about Beretta? 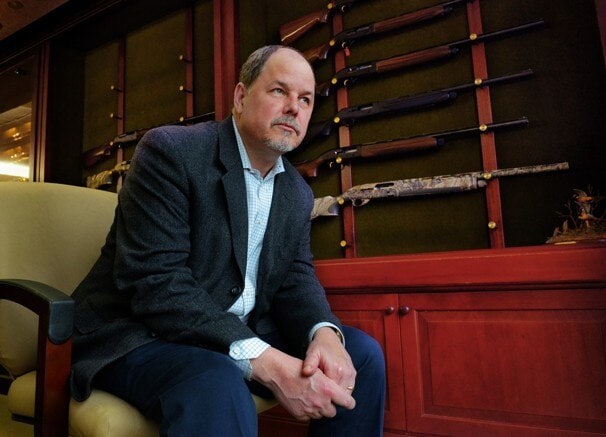 Jeff Reh, member of the Board of Directors for Beretta USA, Corporate Secretary for Benelli USA, and President of Stoeger Industries, sits in a comfortable, green chair.

Jeff Reh, a member of the Board of Directors for Beretta U.S.A., Corporate Secretary for Benelli U.S.A. and President of Stoeger Industries, (three companies that are part of the Beretta global group of companies) testified last month before the legislative committee drafting the new restrictions.

He made a passionate plea on behalf of Beretta, noting that “from 1997 to 2014, these companies have paid or are projected to pay $31 million in taxes to the State of Maryland.”  In addition to the tax revenue, “the Beretta Group has invested or plans to invest an estimated $73 million during this time frame, mostly in southern Maryland and mostly in equipment, buildings and infrastructure.”

That investment equals actual jobs, all of which could be lost thanks to knee-jerk legislation.  Magazine limits.  Definitions and restrictions on “assault rifles.”  Restrictions on sales and transport of the very guns that arm U.S. troops.

Many of the sporting guns that have formed one branch of the Beretta family tree will remain legal.  The pistols are more of a grey area.  The Nano, with a 6+1 magazine capacity, may escape scrutiny.  The standard Model 92 (M9) would not, as its magazines hold 15.  Ten round magazines are available, but not popular.  This calls the recently renewed contract with Uncle Sam (an additional 100,000 M9s) into question. 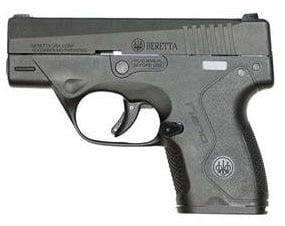 “The Beretta family started its investment in Accokeek in the late 1970s,” Reh testified, “and the history of the family is to show commitment to the community in which it locates its businesses.

“That commitment is not one-sided, though, and deserves the respect of a corresponding commitment from the local community and from the state government. Instead, we are confronted with a state government that wants to ban our products at a time, by the way, when numerous other state governments are courting our investment. It is worth noting that these other states also do not try to blame a product for human misconduct.”

The cost of replacing or moving the factory

The Beretta plant in Accokeek isn’t terribly impressive from the outside.  Inside, the production floor and assembly areas make a greater impression, though they lack the sterile robots and white tiled walls so common to the industrial stereotypes of modern commercials.

Instead, there are people buzzing around a floor that’s crowded with massive machines.  These machines can be taken off-line and shipped somewhere else.  Yet taking the factory down would mean losing production time.  And that seems unlikely when there are specific government contracts and deadlines to be met.

And then there are the people

Machines can be moved.  Depending on the distance, some workers might commute.  But the reality is that these machines don’t run themselves.  While some Beretta employees have moved into Maryland specifically for the positions they hold at Beretta, many are local to the area.  They may not be willing or able to relocate. 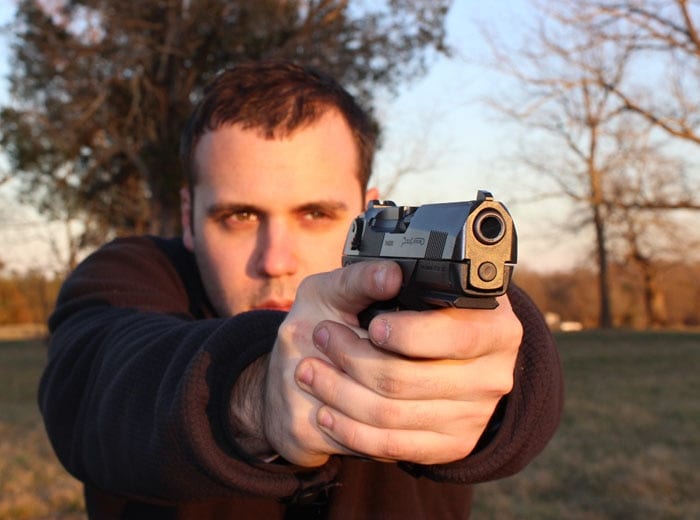 The PX4, a solid pistol.

The cost of staying

So what happens if they decide to stay?  While Beretta is a diverse company with many different identities, the company is still beholden to customers.  Look at what’s happened with the backlash against retailers like Cheaper Than Dirt.  Ugly.

If Beretta would choose to stay in Maryland and kowtow to the legislature, would potential customers be forgiving?

There is a good chance that the gun-buying public will be so distracted by everything going on that they won’t boycott Beretta should they decide to stay in Maryland.  But maybe not.

What would Maryland lose if Beretta left?  Jobs.  Tax dollars.  A conscientious employer with national contracts and international ties.

This isn’t Beretta’s fault.  They did their part by providing testimony against the legislation.  They articulated the financial contributions they make to the state and the jobs they’ve created. But the votes were cast.  Beretta, both the conscientious citizens and the productive economic powerhouse, is getting the shaft.

As civilian consumers, our financial contributions supplement the government contracts that keep companies like Beretta in business. The Nano is a rocking little gun.  And now they come in various colors.

For their part, Beretta isn’t saying what they’ll do.  Yet.  They’re maintaining a professional level of tactful calm.  But we don’t have to stay quiet.

Check out their social media pages.  Send them a word of encouragement.  It is easy to look at Beretta as this ancient monolithic corporation that will weather this storm.  But there’s a much more important side.  While Beretta U.S.A. is legally a corporate entity it is comprised of some really good people who are facing incredibly difficult decisions.