3D-Printed Gun Maker at SXSW: We're Here to Stay, and We Have Bigger Plans (VIDEO) 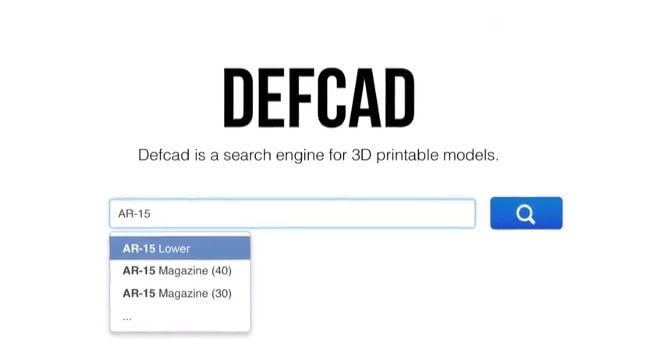 At SXSW — South by Southwest, the music and movie festival and emergent technologies summit — one of this year’s topics of discussion was the rapid evolution of the 3D printer into a mainstay of modern manufacturing.

Experts from across the nation came to talk about the realities of 3D printing and its use in just about every industry, from the hobby level with RepRaps and MakerBots to high-level industrial machines in service with the U.S. Air Force to make parts for the F-35 Lightning II.

3D printers are used to help small business develop inexpensive prototypes without delay, eliminating some of the biggest problems many entrepreneurs face. “You can have zero inventory, and the cost to risk goes to zero.” said SXSW panelist Scott Summit, founder of Bespoke Innovations, a custom prosthetics company.

And then there’s Defense Distributed, aka the Wiki Weapon Project, the controversial developer and repository of 3D printer gun component designs.

Wilson seeks out the democratization of the firearm, by developing plans for workable 3D-printed parts like AR-15 lowers and AR and AK magazines. He hopes these plans are used by people who wish to arm themselves in the face of government prohibition.

Of course, nothing DefDist does is illegal. It may be controversial but all they do is disseminate information. “We are trying to follow the law as it is now and be good citizens. But we’re maintaining a freedom of speech.” Making guns for personal use is not illegal, nor is sharing the plans.

DefDist is in the process of getting licensed as a federal firearms manufacturer, this would allow them to sell their products and make and test plans for gun parts that are regulated under the National Firearms Act; machine guns and suppressors.

After facing waves of criticism, Wilson has set forth a new project: DEFCAD.com. This new, soon-to-be searchable repository will be a home to any and all plans of a controversial nature.

Right now, they’re happy with gun parts, but the Wiki Weapon project has its sights on bigger things.

3D printing technology is still in its infancy. While it can be used to manufacture robust materials out of a variety of polymers, metals-based 3D printers are still over the horizon.

But the ultimate goal of 3D printing — and some would say eventual outcome — is the ability to manufacture anything from its basic elemental components.

Using proteins, not polymers, Modern Meadow is an organization that intends to develop a 3D printer that can make food, specifically meat. Modern Meadow isn’t just looking to feed the Internet-connected starving; if you can build a steak — or at least chicken-style chicken-flavored protein chunklets — why not hormones, drugs, even synthesize replacement tissue for transplants and grafts?

3D printing is a crude, large-scale type of molecular construction, the nanotechnology of building things at the atomic level. Wilson’s goal is to set up a search engine of plans, first now, with 3D printer and CAD drawings, and later drugs and medicines and anything else that future construction machines can build, completely free of the types of moderation and bureaucratic obstacles the Wiki Weapon project has encountered in its short history.

It may sound like science fiction — in fact, it is — but Wilson isn’t alone in believing that in the future, it will be possible to download and print anything from a pint of beer to a pint of blood, all without the possibility of regulation. All you need is an assembler and some atoms — you can find all the plans over at DEFCAD.com.

Some see this as subversive. It isn’t just about printing guns; there are critics who say that even 3D printing today can easily circumvents patent and copyright law. Coupled with a 3D scanner, it’s possible to duplicate anything you can print or machine with relative ease, and all you need is the Internet to share the plans. It could very easily be possible that, in the future, you could print anything, patents be damned.

It’s clear from Wilson’s introduction to DEFCAD.com that subversive is an attitude he hopes to cultivate. “Talk is nice. Platitudes are easy. But a revolution, means a revolution.”

Finishing up his session at SXSW Wilson concluded, “I don’t view government as a benign institution.”