An Albertville, Alabama homeowner shot and killed a burglar shortly before 9:00 p.m. on Tuesday, March 12.  The homeowner fired one shot from a shotgun, killing the intruder who had broken in his front door, and then called 911.

When the Albertville Police arrived on the scene, they found  41-year-old Jamison Lynn Lacey deceased.

The local NBC affiliate reports that “the homeowner had been having problems with someone burglarizing his rental home.”  So he waited in the rental house.  And when the burglar, Lacey, returned, he parked his pickup truck in the driveway of the house and broke in the front door.  But the homeowner was prepared.  He fired one shot, killing Lacey.

Albertville Police Assistant Chief Jamie Smith explained the situation in an interview with WHNT News.  “We are in the early stages of the investigation, but right now we’re treating it as a burglary and the homeowner defending his property.” 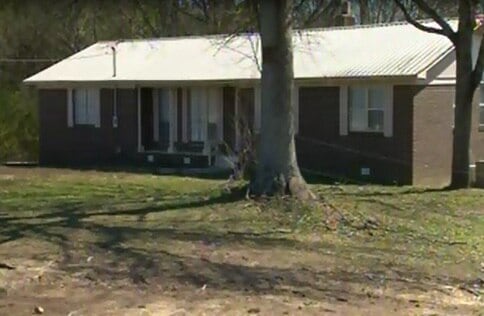 The Albertville Home where the shooting occurred.

Though the Albertville investigators will present their findings to a grand jury, they don’t believe the homeowner will be indicted.  The Albertville Police have yet to elaborate, but Smith told WHNT that they were familiar with Lacey from other investigations.

“I’m sure at the time [the homeowner] felt he was in danger so he took what action he thought he needed to take at the time to protect himself,” Smith said.  “You can back away from anything, but home is as far backwards as you can go.  At what point do you leave your house to let them have it?  Your home is your castle, you can only retreat so far as your home.”