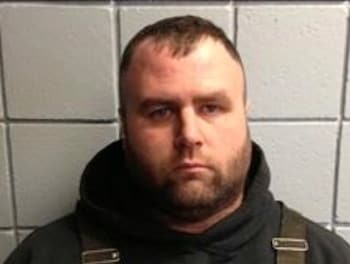 Altogether, the 32-year-old Silver Creek resident was slapped with three felony charges and one misdemeanor, which as noted could end up putting Wassell, who has no prior convictions, behind bars for as many as seven years.

“By selling these illegal firearms, Mr. Wassell’s actions had potentially dangerous consequences for New Yorkers,” said state Attorney General Eric Schneiderman. “We have seen far too much gun violence in our state in recent months, and the sale of illegal semiautomatic weapons will not go unpunished.”

On Jan. 24 Wassell sold a Del-Ton AR-15 to an undercover agent along with six standard-capacity magazines and 299 rounds of ammunition for $1,900.

Due do the fact that the rifle has one or more military cosmetic characteristics, i.e. a detachable magazine, a pistol grip and a telescoping stock, it is considered an ‘assault’ weapon under the NY SAFE Act and cannot be sold to anyone but a licensed dealer or an out-of-state citizen.

The first sale Wassell made to the undercover officer was made nine days after the Governor rammed through the law in the dead of night after waving the mandatory three-day legislative review period.

Instead of arresting Wassell after his first offense, the investigators held out and remained undercover to see if he would sell another banned firearm.  Unfortunately, he did.

On Feb. 24, Wassell sold an Armalite AR-10 Magnum to the investigator for $2,600 along with some more ammo.

During the second transaction, which was already illegal under the NY SAFE Act (the AR-10 had one military-style cosmetic feature), the investigator set another tripwire by telling Wassell that he was a convicted felon.  Instead of terminating the sale, Wassell remarked, “The whole felony, banned-for-life thing, it’s stupid.”

It’s illegal under federal law for a gun owner to sell a firearm to someone he has reason to believe was convicted of a felony.

This is only beginning.

Gun owners in the Empire State should be on high-alert moving forward.  Both Cuomo and NYC Mayor Michael Bloomberg will continue to appropriate state and city resources to conducting sting operations that attempt to entrap law-abiding gun owners.

The way it looks, lawmakers want to ensure that this law is taken seriously.  Previously legal firearms are now banned.  And if you fail to register them in the coming weeks, you’re now a criminal in the eyes of the state.