EDITORIAL: Why Do We Hunt? With so many reasons, here’s three of mine

The most pressing assaults on our gun rights have dominated my conversations lately; scary stuff like the threat of a new semi-automatic weapons ban in my home state of New York or the effectiveness of retooling the background check system. However, I had an exchange the other day with a non-gun owner that went off book a bit and inspired me to do some hard thinking about other, more institutionalized attacks on guns and the cultures that support them. 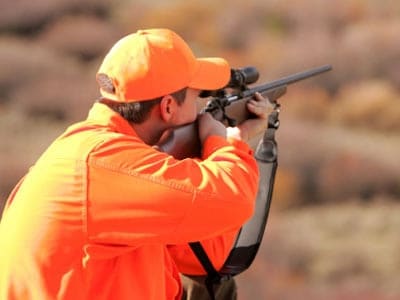 The other party asked me what my guns were for and I told him that some were for personal defense but that I was also a hunter.  His next question went something like this: Why do you hunt when food is so abundant and readily available in grocery stores?  I stood there stunned and then I felt a little angry by either the ignorance or the implications (i.e. that I was wasting my time/energy/resources hunting because packaged food is already going to waste) in this question.

With all the drum beating about local food sources and hormone free meats or whatever, did this guy really not see the benefit in getting your food from the wild rather than the freezer section? Hadn’t common sense and Food Network cured folks of this squeamishness?  But what scares me is this thought: if average people already think this way about the value of hunting, isn’t it just a matter of time before legislators start to use this line of perverted thinking as a rationalization for restrictions and bans — not on the equipment, but on the practice itself.

When I was a kid wild game was the standard table fare whenever I visited my grandparents’ house. My father was not a hunter, or a fisherman, or really much of anything to do with the outdoors, so it was a real treat to get to taste food that was not bought in a store. My grandfather was a lifelong hunter, but he also fished and raised his own animals at a time when the economy was in good shape.  But that was not why he did it. It was about being self reliant, which is something I believe too many of us have forgotten in this age of “letting others do things for us.”  But that is not the only reason why we hunt. 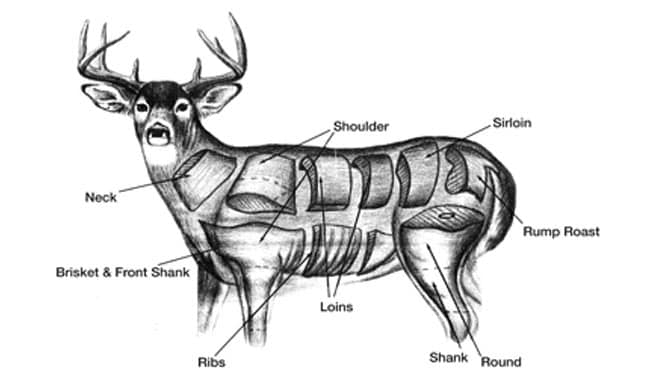 Now, I know what it takes to process and butcher an animal.  It’s an involved, hands on process that requires attention to detail to do it efficiently and cleanly. So I had to wonder on the graces of how far away I know it originated, just how many hands that piece of meat passed from before it ended up in my deli section?

How long was it on the road to get from point A to point B? Did it then travel on to C and D?  Was it frozen or was it fresh? Did the inspectors who stamped the meat pay attention to it or did they just nod at it as it passed by on a conveyor belt? Multiply these considerations with the number of times a year I see something on television or in the news about food poisoning, and the improper handling of food products becomes something I take seriously.

With the death of small butcher shops and the growth of the big box stores, the business of feeding people has become more about the perception of convenience and keeping ‘low prices’, than about customer satisfaction and quality products. Seeing as many of these products and services come in some part from overseas as I do, it’s hard for me to believe this food is really all that convenient or thrifty to produce and ship.  In terms of knowing how it was handled, well, it might as well have come from Mars.

Now, for the sake of my question-the-value-of-hunting friend, let’s compare this to acquiring your meat the old fashion way.  When you stalk and successfully take a deer, elk, grouse, squirrel or whatever your quarry is, that animal never has to leave your sight from that moment to your dinner plate.  Heck, if you process it yourself you can be the only the one person who has even touched this meat before you eat it (though I’m pretty comfortable enlisting the help of my butcher, one of the few, trusted hands I’ll allow at my game).  You also know when that animal was killed, you know if the animal looked sick, you know what the animal was eating, you know the temperature the meat has been kept at — you know exactly what you are getting.

Sanitation aside, pound for pound wild game is better for you than almost any comparable meat product you can buy in the store (and if you’re cagey, cheaper too). Venison is much leaner than even the leanest beef.

You also have to consider the exercise you will be getting procuring the game and the active lifestyle hunting fosters, but that’s another article.

In addition to the food being better for you and knowing where it comes from, hunting also gives people a sense of freedom and self-reliance, which is something I mentioned at the beginning of this article. While feeding your family may not be as laborious or dire as it once was, chances are that if you work for a living in America at some point in your life, it would have helped you sleep a lot better knowing there was a little extra food in your freezer. That’s a nice thought, but beyond a sense of empowerment, a commitment to hunting really can offer ordinary people life saving solutions in desperate times. 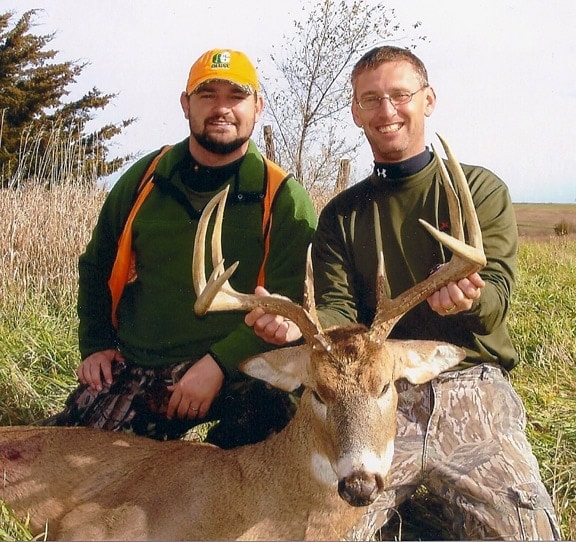 Sometimes I see people who are out of work and cannot find a job, or people who are too lazy to be as stressed out as they are and I think how a lot of their troubles could be alleviated if they spent some time learning how to hunt game. On the flip side, I know hunters who are desperately out of work and still embarrassed to go on welfare to get their next meal; to them it is slap to their pride, having worked their whole lives. To these people a freezer full of venison and other small game animals not only keeps them physically alive, it keeps them firmly welded to their roots and their lives as they knew it before the bottom fell out from under them.

Having the skill needed to take your own game animals gives you confidence to overcome misfortune.  Knowing you could save your life should you ever be stranded somewhere where you can’t get to a supermarket or having to rely on a government agency delivery truck if a natural disaster strikes, is a piece of mind that I cannot begin to calculate the value of. Do you really want to watch your family suffer through going hungry waiting and hoping for food to arrive when there was game available?