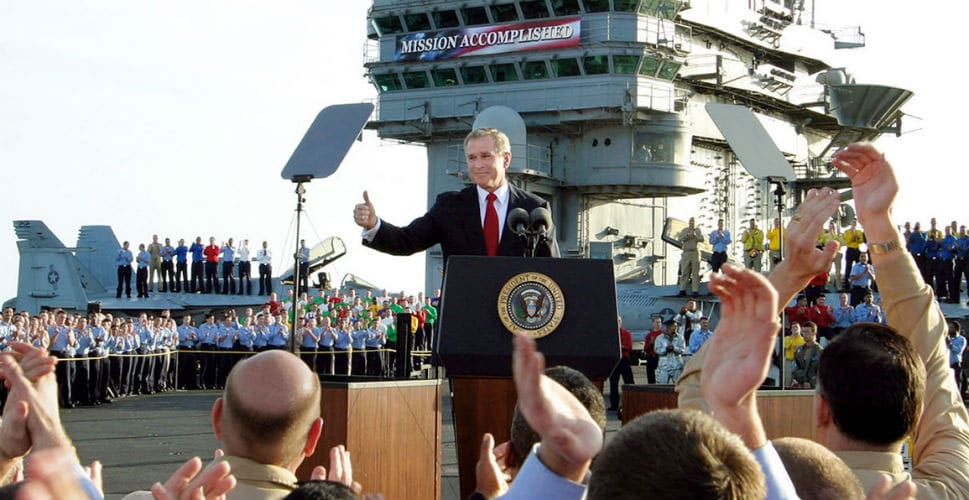 May 1, 2003, then-President George W. Bush climbed out of a jet plane, stood on the deck of the aircraft carrier USS Abraham Lincoln in front of a “Mission Accomplished” banner, flashed a thumbs-up, and declared that most of the fighting in Iraq was over, just months after it had begun. On April 9, 2003, a nearly 40-foot-tall statue of Saddam Hussein came tumbling down in Firdos Square in Baghdad in what, to the world at the time, appeared to be a spontaneous gathering of Iraqi citizens celebrating their liberation from a tyrant. 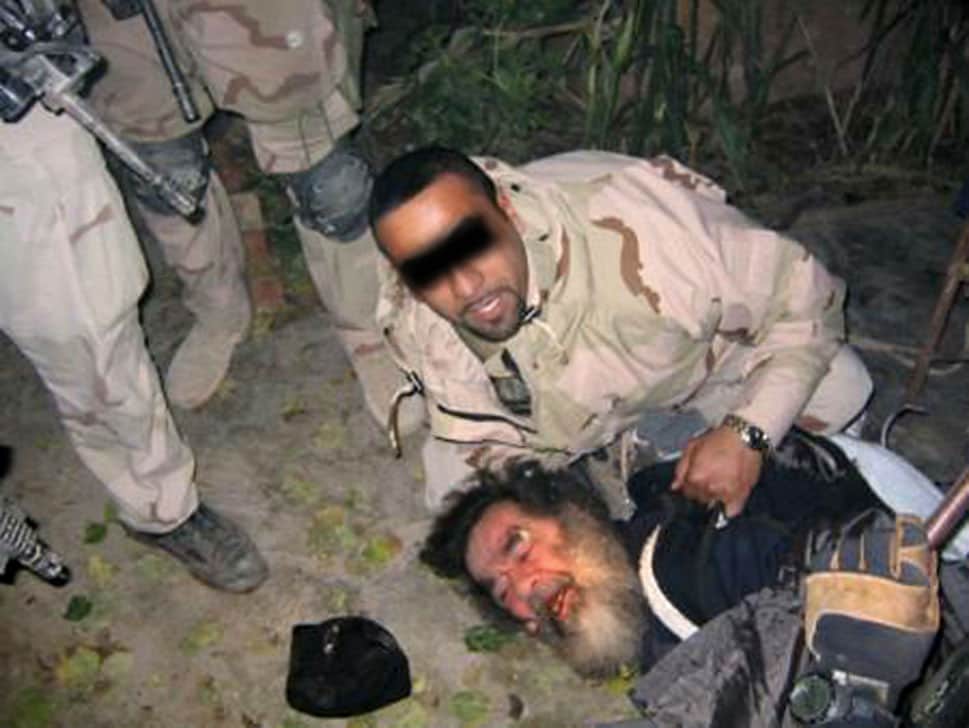 The photos of Saddam Hussein — his hair unkempt, his trademark mustache replaced by a long, graying beard — being dragged out from his hiding place beneath a farmhouse near Tikrit both stunned and elated people across Iraq. 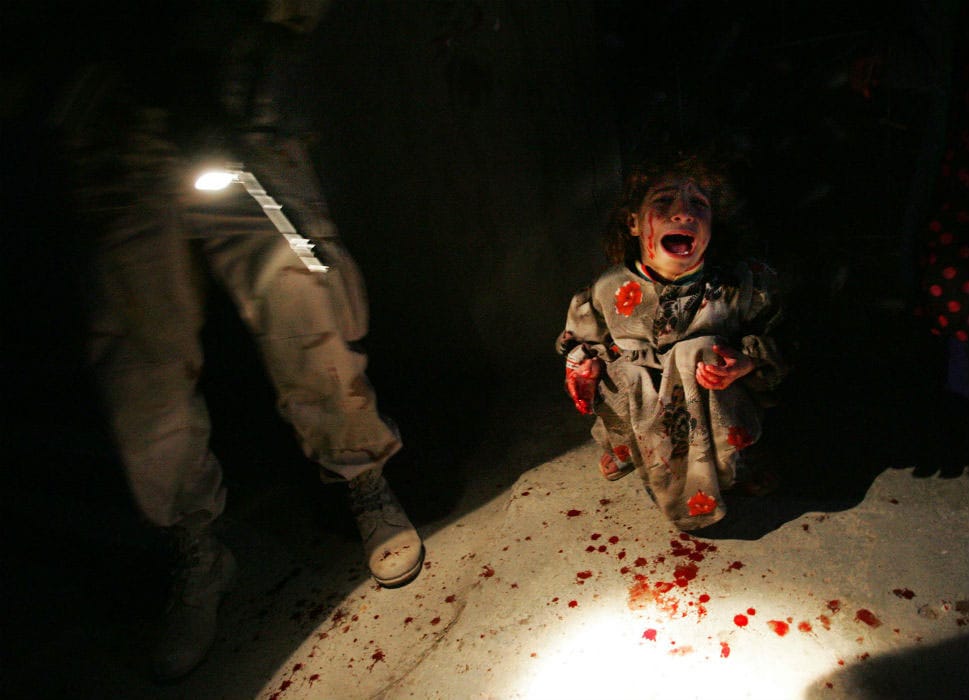 Samar Hassan, pictured above, was in the car when her parents were shot dead in the front seat and her brother’s abdomen was torn apart by U.S. soldiers who had fired on the vehicle after it went through an American checkpoint. 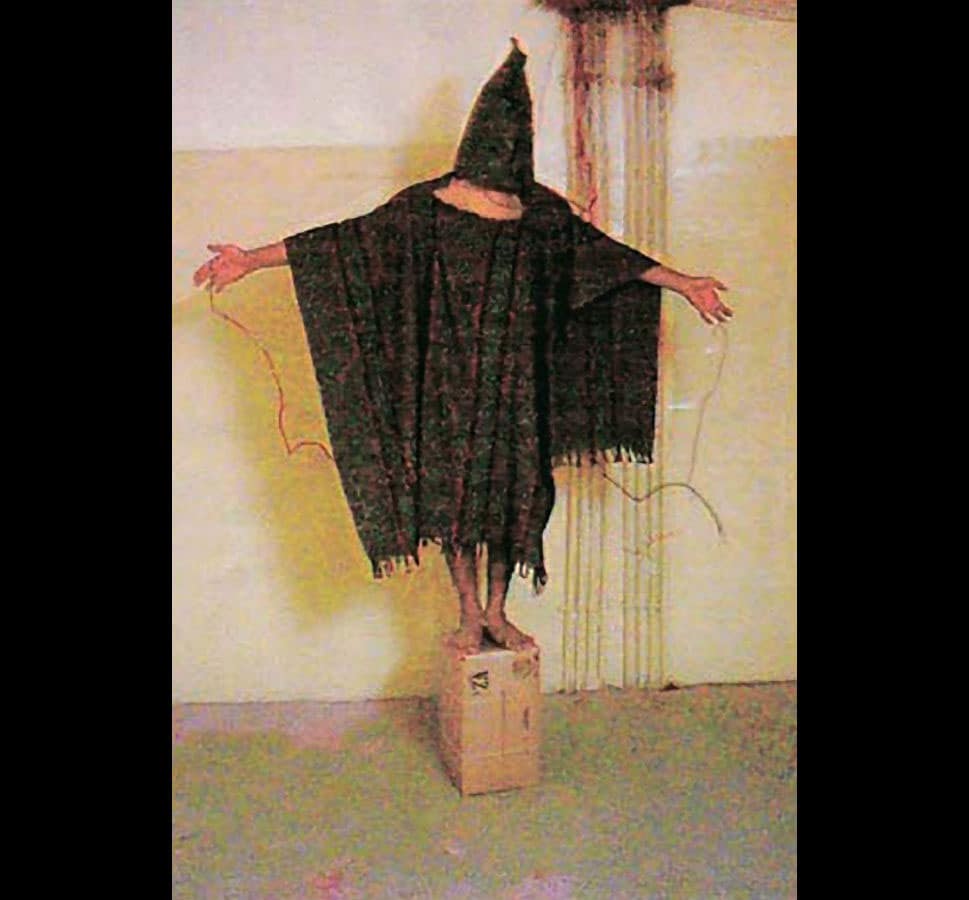 The photo above was perhaps the most iconic in a series of notorious images to emerge from Abu Ghraib prison. 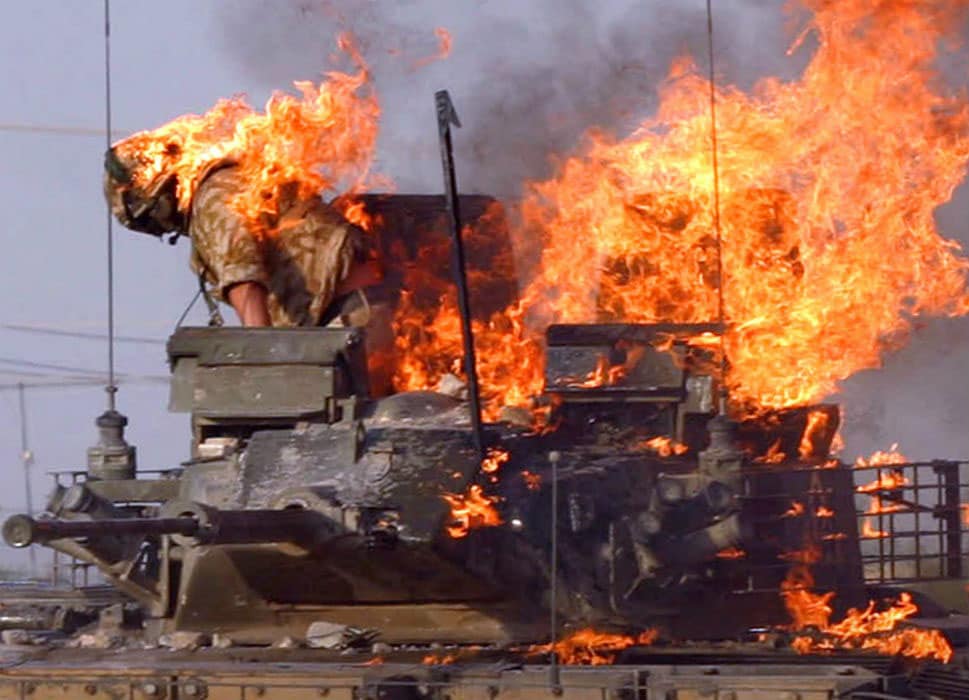 Basra, Iraq exploded in violence in 2005 after British soldiers dressed in civilian garb opened fire on Iraqi police officers, killing one and wounding another. 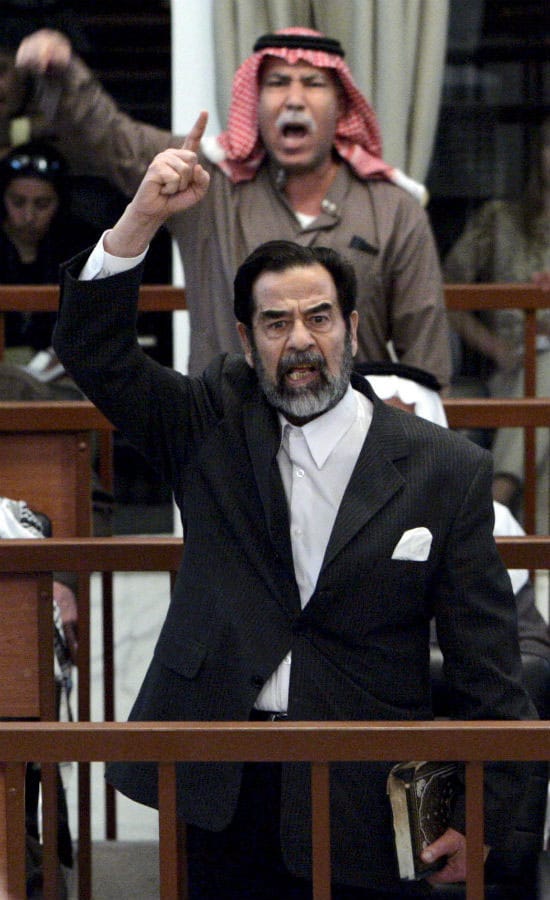 Former Iraqi President Saddam Hussein stands in front of his half-brother Barzan Ibrahim al-Tikriti as both of them shout at the court during their trial in Baghdad. 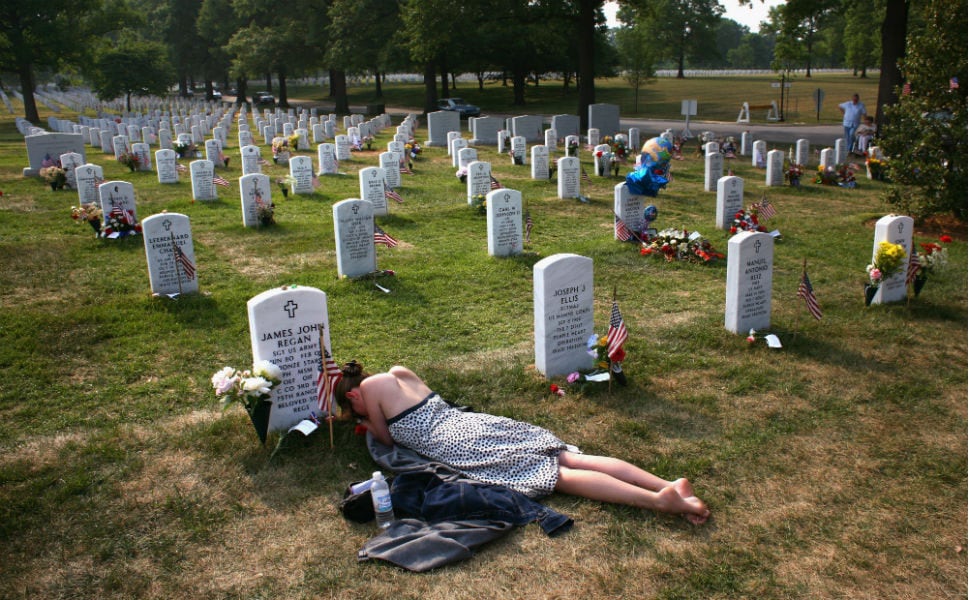 Getty photographer John Moore was with his family at Arlington National Cemetery for Memorial Day weekend in 2010 when he passed by Mary McHugh, who was lying face down in front of the grave of her fiance, Sergeant James “Jimmy”Regan. 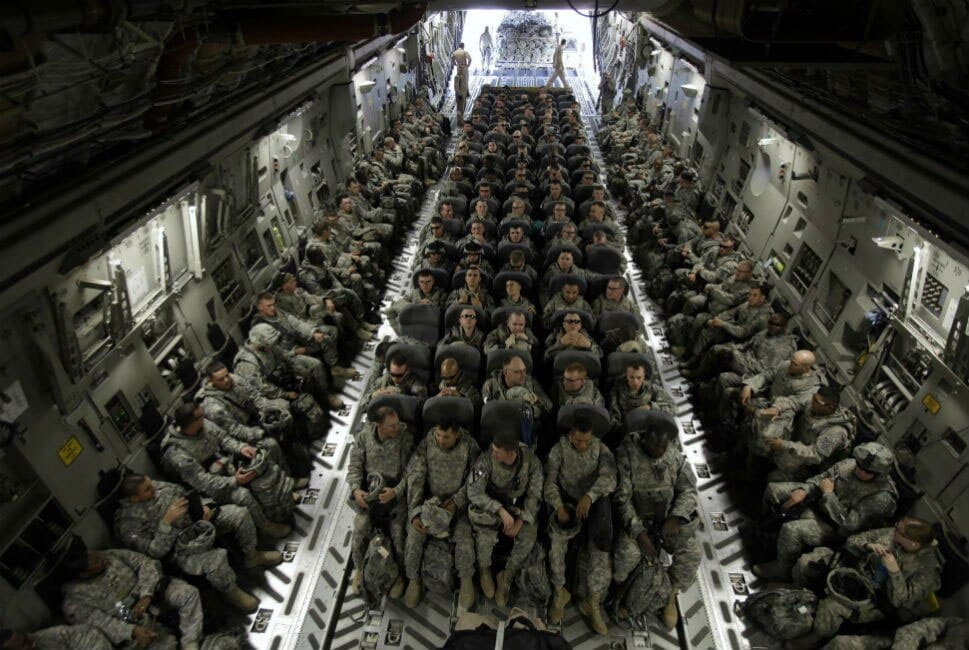 Seven years before this photo was taken, the Fort Stewart,Georgia-based 1st Brigade, 3rd Infantry Division was the first unit to enter Baghdad. This November 2010 picture shows them on a plane, waiting to return home from Iraq for the final time. 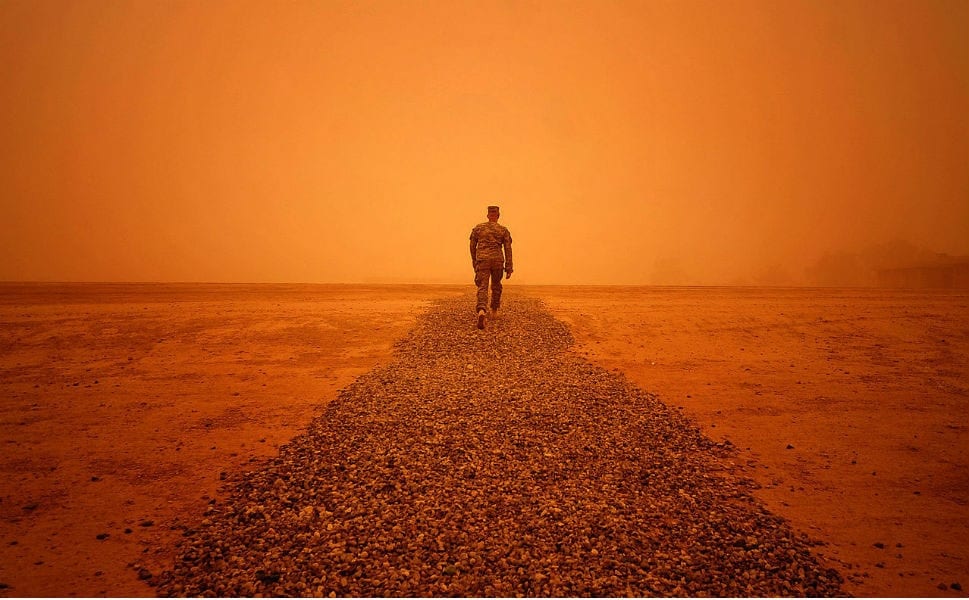 Air Force Master Sergeant Cecelio Ricardo snapped this shot of Sergeant 1st Class Justin Hathaway trudging through a sandstorm just off of Al Asad Air Base as the war wound down on Sept.27, 2011.