The Curious Case of George Bardwil: How lawful self defense will get you arrested in NYC

A Manhattan millionaire is under indictment for possessing an unregistered handgun.  George Bardwil, target of multiple recent burglaries, stopped a home invasion in January by pulling a gun on an intruder and issuing a verbal warning. But when the police arrived to investigate the break-in, Bardwil was arrested.

Bardwil won’t be charged with anything related to his act of self defense.  Instead Bardwil is facing three years in prison for simply having the gun, which is registered to his bodyguard.

The possession charge is based on the complex rules regarding handgun permits in New York City.  It is illegal to posses an unregistered handgun in New York City.  While most Americans are familiar with concealed carry permits, New Yorkers have to apply for permits to keep a gun in their homes.  The laws are so confusing that there are now “handgun license consulting firms” that exist to assist in the application process. 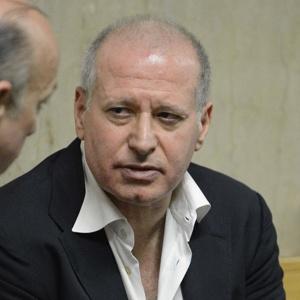 The New York Post reports that the gun belonged to Bardwil’s body guard.  “Bardwil is fighting the gun possession charge. The gun, a loaded, .40 cal Sig Sauer, was legally registered to Bardwil’s bodyguard, who had left it in a secure box in the apartment.”

It doesn’t matter that the gun was registered to his body guard.  Bardwil had legal right to keep or use the gun.

When the police showed up to investigate the attempted burglary, Bardwil voluntarily showed them surveillance footage of the incident, which showed him in possession of the gun.

That was enough for him to be arrested.

The Wall Street Journal writes that  “Mr. Bardwil allegedly told police he kept the weapon because he feared for his life and said he slept with the gun underneath his pillow in his bedroom.”

Why was  Bardwil scared enough to have a bodyguard?  Obviously the attempted break-in shows his fears were justified.  But there’s more.

Bardwil’s money has made him a frequent target for burglars.  In 2011 Bardwil was robbed in a well coordinated daytime break-in at his Manhattan apartment.  Two armed thieves forced their way into the apartment in the middle of the afternoon, tied up Bardwil, two friends, and his maid.  The burglars had inside information that allowed them to deftly disable Bardwil’s security system, which had been concealed in a closet.

In that heist, the crooks left with $300,000 worth of cash and jewelry. In all, four men were eventually arrested.

The suspect that Bardwil ran off with the unregistered handgun this past January is believed to have made an earlier attempt on the property.  The New York Post quotes Michael Bachner, Bardwil’s attorney. “This was the second robbery attempt by the same person.  It’s an inside job, somebody George knew and a warrant is out for his arrest.”

Bardwil’s case is controversial enough, but it is complicated by his troubled past.  Bardwil has a recent history of violent behavior.  In 2008 Bardwil pleaded guilty to assault charges stemming from an altercation he had with his maid.  Bardwil accused her of stealing a belt valued at $187,000.

In 2011, Bardwil was again charged with assault.  His then wife, Emiko, suffered lacerations that she claims she received when Bardwil threw her to the ground outside of there apartment and beat her head into the sidewalk.  While some charges in that instance have been dropped, Bardwil still faces second degree assault charges.

None of this bodes well for Bardwil.  Mediamatters.org writer Timothy Johnson writes:

Bardwil’s domestic abuse charge means that he is prohibited under federal law from possessing a firearm. Under 18 U.S.C. 922, it is unlawful for a person to possess a firearm who “is under indictment for, or has been convicted in any court of, a crime punishable by imprisonment for a term exceeding one year.” In New York, individuals convicted of class D felonies can be sentenced to up to seven years in prison. Individuals who are subject to a permanent restraining order because of allegations of domestic violence are also prohibited from owning a firearm under federal law.

Bardwil denies the latest round of assault charges, and is awaiting trial. On the handgun charge, Bardwil may face up to three years in prison.

Regardless of Bardwil’s various troubles, this case will set an important precedent.  What right do New Yorkers have to self defense?

Many see this as a test of Mayor Bloomberg’s mettle.  Will he push for a conviction for the possession charge even though Bardwil was clearly within his rights to defend himself and his property?