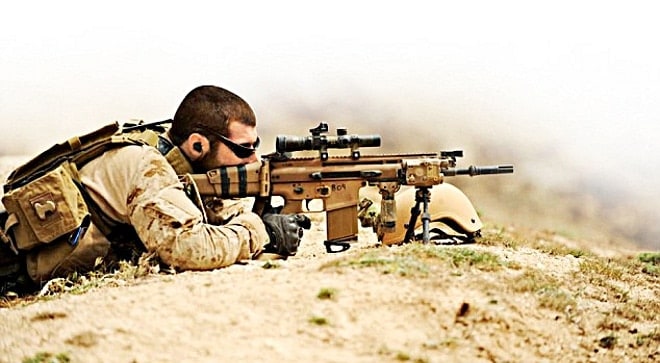 The SAS, Britain’s foremost special forces service, is revamping their arsenal and considering a new battle rifle, the SCAR-H, a step up from the 5.56 NATO-chambered C8 rifle (a Canadian take on the M16A1). The reason? They want a more lethal package.

In an SAS report, soldiers described the realities of the British “shoot-to-wound” policy, highlighting cases where, in clashes with the Taliban, enemy forces would rather fight to the death than extract themselves and their wounded from skirmishes.

Furthermore, the report said that the soldiers were outgunned by the Taliban fighters, with their rifles commonly-chambered in 7.62x39mm and 7.62x54mmR, giving the insurgents an edge in stopping power and range.

The SAS called for a “shoot-to-kill” policy, and is counting on the big-bore 7.62 NATO SCAR-H to seal the deal, putting fewer friendly lives at risk.

Former British army commander and current member of parliament Patrick Mercer said to the Daily Mail, “The 7.62mm round is a good, meaty bullet and will drop your enemy with a single hit. The 5.56 mm cannot compete with it for stopping power and, according to many soldiers, the round has fallen short in Iraq and Afghanistan.

“Insurgents who would have been fatally wounded by a 7.62mm have been able to continue fighting and endanger the lives of our soldiers.

“This is a positive step and I hope other regiments give consideration to returning to 7.62mm rounds in the infantryman’s standard rifle. It could save lives and win battles.”

The change is just for the special forces unit, and the majority of British troops will continue to use the 5.56 NATO-chambered SA80 bullpup.

In defense of the 5.56 rifles, the British ministry of defense countered, stating “Troops in Afghanistan use a variety of highly effective weapons that fire a range of ammunition. They primarily use 5.56 mm rounds fired from the world-class SA80 A2 assault rifle and these have great power and accuracy.

The SA80 and C8 also have better capacity with their 30-round magazines, versus the SCAR-H’s 20.

The Daily Mail also reports that the British troops are using new, tungsten-cored “green” ammunition; as far as we know, this is incorrect. British ammunition manufacturer BAE Systems halted production of the “ecologically-sound weaponry” in 2008, citing too high costs of tooling and production. 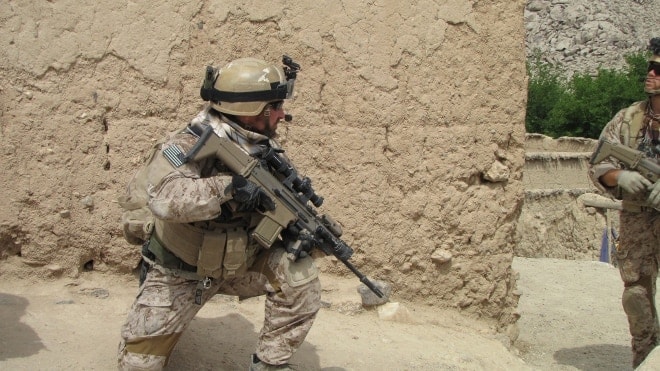 The 5.56 versus 7.62 NATO debate is nothing new in the U.S., either. Although the majority of our military is content to stick with 5.56, updating it with the new, extremely-promising M855A1-EPR cartridge, other rifles chambered in 7.62 are being brought back into service.

Many M14s are being pulled out of mothballs, to be upgraded into Mk. 14 EBRs for fielding with Navy SEALs and Army units in Afghanistan, doing duty as both a main battle rifle and designated marksman rifle. These compliment the many rifles and light machine guns chambered in 5.56 in service.

The SCAR-H/Mk. 17 is also in service with American SOCOM special forces operating in Afghanistan.