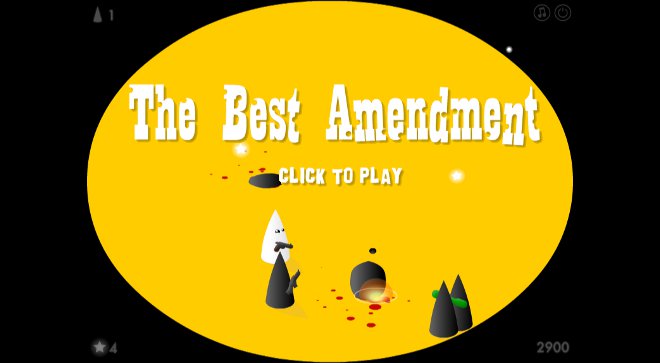 In the aftermath of the Sandy Hook Elementary shooting spree, people around the world struggled to comprehend what could have possibly driven a person to commit such an evil act. People blamed anything and everything they could, from drugs to child abuse to, of course, guns.

The National Rifle Association also pointed the finger. They claimed that it was a culture of American brutality that was responsible, with violence in the media, music, movies and video games the catalyst for this broken young man’s killing spree.

The response was immediate, and vitriolic. The NRA was immediately dismissed by a vast percentage of the country that cut their cultural teeth on the games, movies and music videos that the NRA would attack. And this included many video game-loving gun owners who enjoyed “Grand Theft Auto” and have zero inclination towards gun violence of any sort.

The video game industry, the target of criticism not just from the NRA but from all sorts took a pounding, but stood fast. And some would fight back.

That’s where “The Best Amendment” comes in. “So I [Paolo Pedercini] made a little thing about gun control called ‘The Best Amendment,'” reads the game’s home page. “It’s an unofficial NRA game that involves tactical shooting and four dimensional thinking.”

Paolo Pedercini and his company, Molleindustria Games, have been criticized in the past for their provocative, often topical games. After making an anti-Apple game, Paolo Pedercini “freely [admitted] his intention to cause trouble, but it’s trouble driven by strong political convictions.”

In another interview, Pedercini said that he doesn’t believe that there is a strong connection between game violence and real-world violence.

“But I also think we have to go beyond simple denial. There has to be some self-reflection regarding how games fetishize shooting and violence as primary way to interact with the (virtual) world. Games may not push people to commit mass murder but they sure teach gamers to love guns,” said Pedercini.

In “The Best Amendment” you play a white pointy, triangular and pretty un-subtle shooter. You win by collecting stars. In theory, you can opt not to get violent at all, but in order to progress to higher levels, well … his game is no different than any other shooter.

If you want to set a high score, you can repeat level one until you pass out. But if you want to explore the game, you gotta get your hands dirty. “You can completely reject the shooting mechanics, or alternatively you accept the medium bias toward this kind of gameplay and you find other ways to twist it,” he continued.

The gameplay is simple: every time you pass through a level, you leave a shadow behind. In the next level there’s you and all your previous shadows. Shoot them, they drop a star; shoot all of them, get all the stars, get to the next level, get new guns.

The trick is your shadows shoot, too. Every time you pull the trigger, in future levels, you fight your past. If you want to survive, you have to think ahead, plan out where you want yourself to be in order to survive and avoid your own friendly fire.

So what we’re saying is it’s kinda challenging, that is to say, fun.

But if you think it’s offensive, that’s because it is, purposefully. “I wanted to make a quick game whose mechanics are imbued with pro-gun rhetoric to the point of absurdity,” said Pedercini. “You can see the game as an extremely stylized thought experiment about gun proliferation. Or as a twist on the typical Manicheism of games which also happens to be an essential feature of conservative thought — there are bad guys and good guys, weapons are neutral.”

The commentary is pretty ham-fisted and the music gets annoying — and shutting it off forces you to shoot your gun — but if you can get past all that, it’s not the worst way to waste time. It’s a lot simpler than other fourth-dimension games like “Braid” or “Chronotron” and immediately rewarding.

On the matter of the pointy-headed “protagonist,” Pedercini said “I was thinking in terms of abstract black, white, bad, good dualism. Some people are detecting racial undertones and reading the white cones as Ku Klux Klan members. That’s fine with me. I’m relatively new to this country and I still can’t quite appreciate the subtle differences between NRA and KKK.” Pedercini is Italian.

We think we can help there. The NRA is rather fond of black guys with guns.

Molleindustria Games is using “The Best Amendment” to raise donations for their new game-based social program, “Imagining Better Futures through Play,” which seeks to raise violence, inequity and imperialism awareness.

In the end, the game substitutes distasteful imagery and other gun stereotypes for actual criticism. If Pedercini really wants gamers, gun-owners and the NRA to rethink their ways, he’ll have to try a lot harder next time, because in all honesty, “The Best Amendment” is actually fun once you get past the message and get behind a gun.