The Latest from LaserMax

LaserMax knows their way around high-tech light.  For almost twenty five years, the company has made lasers for industry and scientific purposes.  Some of their products have flown on US space missions.  But their brand identity centers around assistive aiming devices for the firearms industry.  Lasers for guns. 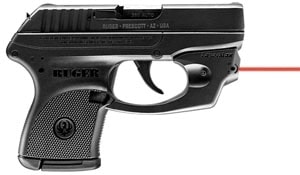 Ruger LaserMax with a CenterFire Laser

LaserMax’s lasers have a devoted following.  Their simple to install, easy to use, durable, and affordable.  The LaserMax products represent that delicate balance between function and price.  There are cheaper lasers, but they are often cheap.  There are more expensive products on the market, for sure, but the increases in price doesn’t always carry with it an increase in functionality.

Lasers have found three distinct followings.  Many shooters who use tactical ARs and shotguns in duty situations, like having the laser as the first step in aiming.  The lasers allow for rapid point shooting.  And there’s truth behind the Hollywood cliche of the laser’s dot on the target.  A simple red dot can be most persuasive. 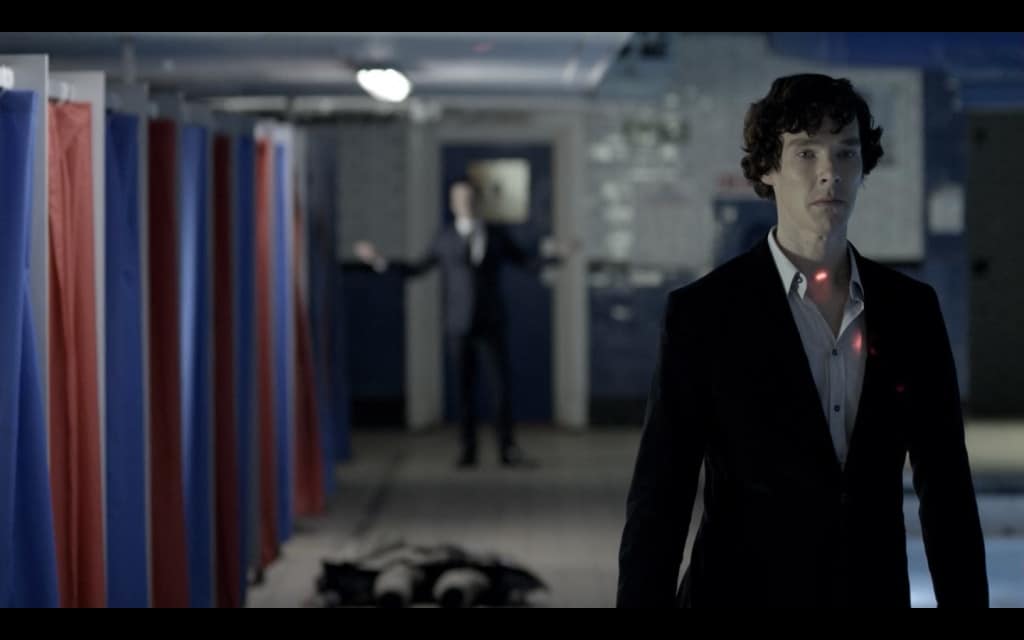 Holmes is targeted by Moriarty’s goons in the BBC’s Sherlock.

Hollywood loves lasers, so we love lasers.  But they’re more than a gimmick.

It is this desire for rapid and reflexive target acquisition that makes them so useful for defensive situations.  If you carry a handgun for self defense, you may need a laser.  Drawing your gun on someone who already has a gun drawn, one of the most common types of defensive handgun use, puts you at the distinct disadvantage.  How do you clear the holster, aim, and fire in the time it may take your assailant to aim, or worse, simply pull the trigger?

This very scenario is what makes lasers so appealing to most who carry concealed handguns.  By the time your gun clears your holster, the laser should be on, giving you a rough estimate of where your bullet will go.  And maybe a tactical or defensive advantage.

I find myself using Lasers for a mix of training and fun.  Point shooting is a valuable defensive skill.  But live fire point shooting can be dangerous.  And if you don’t have a large backstop, you may never know how wide your rounds are going.  A laser will allow you to practice indoors, with an unloaded gun.  Draw, point, deploy the laser, and check your aim.

What makes a LaserMax laser different? 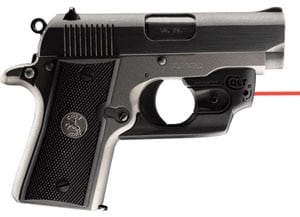 LaserMax’s beams pulsate.  This movement draws the eye to the point of impact.  And most of the switches on the LaserMax handgun lasers are simple toggles.  Constant on or off.  This sets them apart from some of their competition who use pressure pad switches that only cut on the laser when a shooter grips the gun tightly.  (The problem with the pressure switch is obvious, as a shift in grip pressure can shut off the laser.)

Most of the LaserMax  lasers are easily reached with the trigger finger in the motion of proper trigger control.  The downside to this design is that it inserts one more step into the process.  Instead of grip, draw, point, shoot, you now have to grip, draw, turn on laser, point, and shoot.

LaserMax offers lasers for many different guns.  Their webpage is easily indexed, if you’re curious about availability for something you already own.

And they’re now focusing heavily on working directly with manufactures to bring volume discounting to the sale of lasers.

The Beretta Nano, Ruger LCP, Colt Mustang, and the Smith & Wesson M&P Shield all are available with lasers already installed.

What’s the latest buzz from LaserMax?

The new platforms are exciting enough for a review writer like me.  But now there’s something for me as a customer.  LaserMax has just announced that they’re offering a really solid warranty on their products.  Five years. 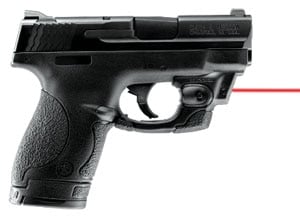 “The new 5-year warranty is a statement of our confidence in the reliability of LaserMax products,” explains Susan Houde-Walter, Ph.D., LaserMax CEO.  “LaserMax sighting systems have a clear track record of proven dependability.  We are proud to give customers yet another reason to be confident when buying LaserMax.”

This is good news.  As anyone who has worked with lasers can attest, the technology works when it works, and when it doesn’t, it doesn’t.  Think about the very nature of the technology.  And then think about the abuse we expect the products to withstand.  In and out of the holster.  Recoil. It is amazing that they work at all after the first shot.  And now LaserMax is backing their work with a five year warranty.

The variety of lasers

They make aftermarket lasers that adhere to the frame and trigger guard, like the CenterFire series, which is tailored to specific concealed carry guns like the Ruger LCP, the Beretta Nano, or the Smith & Wesson Shield.  These are solid lasers that sell for somewhere around $100. 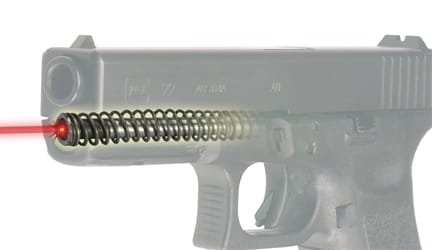 LaserMax also makes replacement guide rods that incorporate a laser into the guide rod, which won’t require any special holsters.  The replacement rod incorporates the actual laser itself.

I’d like to see this option for every automatic.  The laser is zeroed at the factory, and set for center-mass at 20 yards.  It is as easy to install as any guide rod.

Perhaps the best part is that it leaves any existing rail open for the addition of a light, should you want one of those, too.

Their Uni-Max laser mounts on any existing picatinny rail.  They come in red, which is priced at $149, and green, which is a bit more expensive at $349.  These are ideal for larger handguns, rifles, or shotguns.  The Uni-Max even has a pressure pad that can supplement the toggle switch. 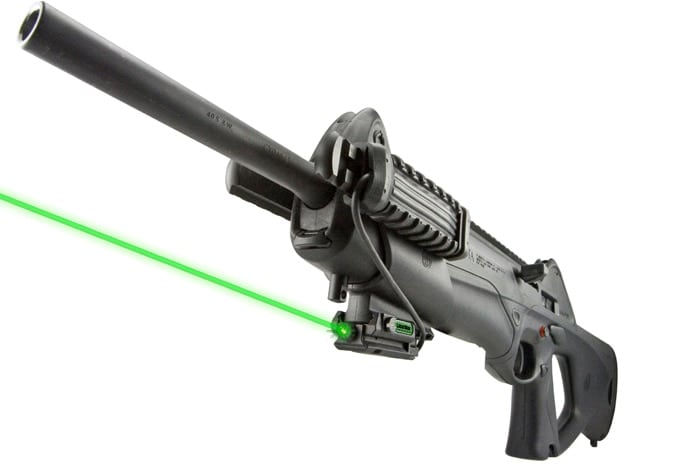 The Green LaserMax on a CX4 Storm

LaserMax covers just about everything.  They also make grip mounted lasers, and infrared lasers that are only available through night vision goggles.

I haven’t found a single thing about LaserMax that I haven’t liked.  If you’re serious about taking your defensive or tactical shooting to the next level, I’d consider LaserMax.  If you want to find an inexpensive way to train and practice without blowing money on overpriced, hard to find ammo…LaserMax.