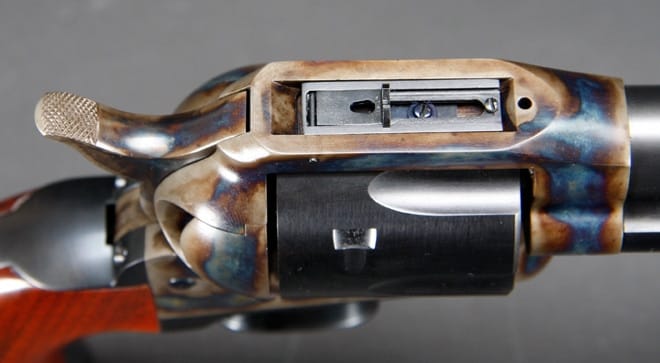 Turnbull Manufacturing, renown maker of simple, rugged and gorgeous antique-style firearms, is bringing back the Colt Buntline, complete with their unmatched panache and style. To keep them as special as the original Buntline revolvers, they will only make limited production run of ten guns.

Based on the Colt Single Action Army, the Turnbull Buntline can be chambered in your choice of .45 Long Colt or .44 Magnum. Like the archetypal Colt revolvers, Turnbull’s Buntlines are made to order with barrel lengths up to 16 inches long.

While having one chambered in .45 Colt is absolutely more true to the iconic design, .44 Magnum really takes advantage of longer barrels, and is guaranteed to be a soft-shooter with the Buntline design.

Of course the Turnbull Buntline has their velvety and bright bone charcoal case-hardened finish done to the frame of the revolver, as well as the loading gate and hammer. The rest has a glossy and deep blue finish, including the rear ladder sight, for very far-away targets.

Because of the small production run and custom nature of these guns, each one may have up to three initials engraved on the revolver’s backstrap.

The history of the Buntline is part steel and part myth. Ostensibly named for pulp fiction author Ned Buntline, it is believed that Colt made up to 30 Buntline revolvers in 1876.

Legend has it that they were carried by heroes and gunslingers across the West, including Wyatt Earp, but the truth is that they were more likely halo products of the 19th century, guns designed to catch the eye and build the Colt brand.

They didn’t originally sport the Buntline name at all, instead, they were called “Buggy Rifles” and were available for special order and sometimes gifted to prominent Colt employees upon retirement.

The first run of these Colts had barrels ranging between 10 and 16 inches. When Colt brought them back in 1957, that’s when they were officially crowned “Buntlines” and were produced with up to 18-inch barrels. 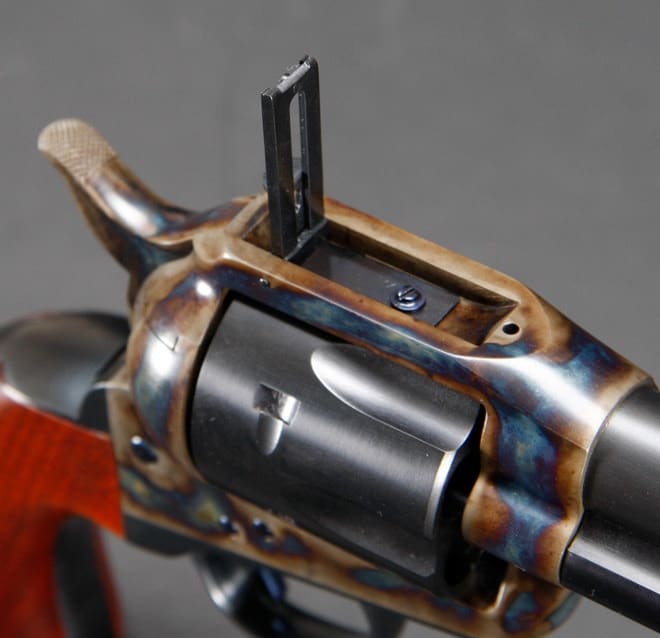