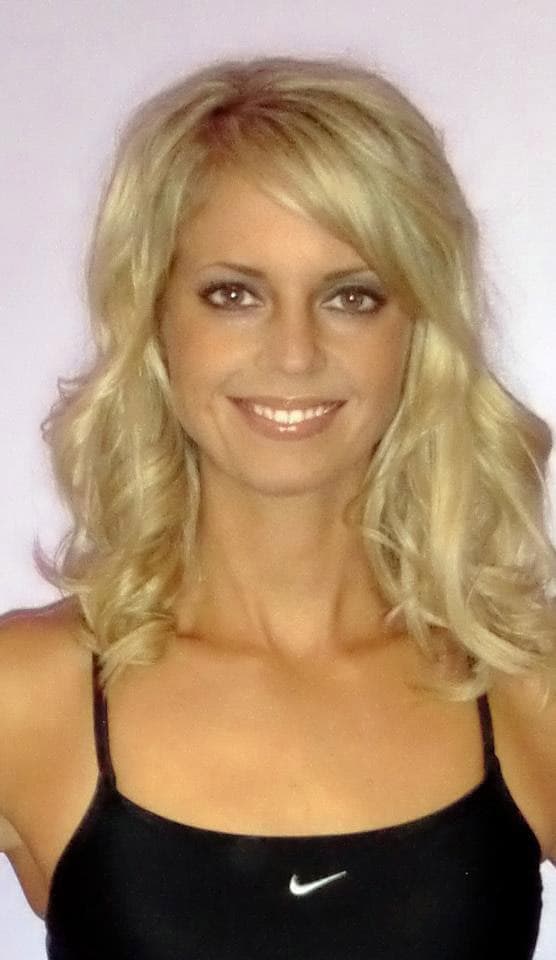 Karen Bartuch has been in law enforcement since 2002 and has worked a variety of assignments including patrol, tactical team, undercover and policy advisor to the superintendent of police. Her many passions include the social advancement of women, the Second Amendment and fitness. She is an avid writer for several law enforcement publications, the president/founder of the Women’s Tactical Association (WTA) and the CEO/ founder of AlphaGirls. She holds a Master’s degree in Public Relations and Advertising from DePaul University and a Bachelor’s degree in Psychology from Northwestern University.

Guns.com caught up with her recently and this is what she had to say:

Jeffrey Denning:  What drove you to start WTA?

Karen Bartuch: While on patrol on the southside of Chicago, I responded to a call of “shots fired at and by the police”.  Tactical officers had attempted a street stop and the offender had opened fire and fled on foot.  He fortified himself in the basement stairwell of a large apartment complex. Surrounded on all sides by concrete, this was a superior tactical position.

Officers from all over the city responded but could do nothing but maintain the perimeter as the offender popped up every few minutes and shot at us. Chicago police officers are very good in that they are proactive but [everybody] very much wanted to charge down the narrow gangway to the offender’s hiding spot which would only have made them easy targets.  My sergeant was a former marine with SWAT experience and as soon as we arrived, he took over the scene.  He literally grabbed officers by their vest carriers and yanked them out of the gangway and instructed that we create a perimeter and called for SWAT. At that moment, I realized the training I had up until that point was inadequate and I needed and wanted more.

I started to attend training outside of my department on my own time and money. Often, I was the only female or one of a few. I knew that this was not representative of the numbers of women on the job – at least on the Chicago Police Department (CPD) which is almost a quarter female. I decided to start an organization that encouraged female officers to attend tactical training. My sergeant said I would be lucky if I had five women attend.  When I got 30, I knew that I was on to something.

JD: What is the goal of WTA?

KB: The WTA has an official mission statement (in italics below) but it has taken on a larger mission of encouraging all officers to train more – no matter their assignment, gender, age, etc:

The primary mission of the WTA is to promote and encourage training and education among female law enforcement in an effort to enhance and refine skills in the areas of firearms, fitness, combat mindset and tactics.

The WTA provides a forum for members to share their experiences and skills and cull best practices. In addition, the WTA provides networking opportunities for its members.

JD: How important is specialized training for you personally and why?

KB: Working in one of the most dangerous cities and seeing the complete disregard for life and law enforcement in certain communities is what drives me to keep up my skills. I am enjoy firearms 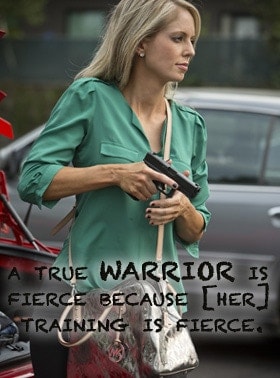 (although I didn’t always) and fitness.  I have no issue spending my own time and money on activities that I need.

JD:  As a woman, you meet some bias at the job, no doubt. Please explain.

KB: Absolutely.  The CPD is an old boys club no matter what anyone else says. I knew that I would have to work harder to be considered for specialized assignments; I am extremely competitive and hard working and was ready to prove myself. What I didn’t expect was the resistance and blackballing that would result from starting a women’s organization; especially an organization that was started to make officer’s better and safer at what they do. The support and encouragement that I have outside of my department is amazing and truly appreciated – no man is a prophet in his own land, I suppose.

JD: You’ve decided to start AlphaGirls, an off-shoot of WTA? What is it and why did you start it?

KB: In addition to the guys wanting to train with the WTA, I also get requests from civilians that want to do the things we are doing. After seeing all kinds of violence towards women on the job it made sense to form AlphaGirls.

The goal of AlphaGirls is to teach women to protect themselves and be empowered in all aspects of their lives through certain skill sets. AlphaGirls will offer firearms, fitness, combatives, leadership, combat mindset, medical tactics courses. etc. to women of all ages. I really want to push women to do things they wouldn’t normally do and to really assert themselves as a result. I grew up with three older brothers so I had no choice, from an early age, but to toughen up and fight back. Eventually that just became a part of my personality and I like the idea of bringing out that “alpha” trait in other females as well as really building on my own.

JD: As a police officer in the state of Illinois, and specifically Chicago, which has been known for its anti-gun stance, what are your opinions on citizens carrying concealed handguns legally in the state of IL?

KB: Last time I read the constitution, the Second amendment allows citizens the right to bear arms! The bad guys have the guns regardless of what a city ordinance says – but they may think twice about committing crimes if they knew that the citizens were also armed. And as a female, living in Chicago, I definitely want to be able to protect myself and so should everyone else. AlphaGirls will be joining in this fight and pushing for concealed carry throughout the state.

JD: You’ve had some interesting experiences with DAO handguns. Will you tell us about it? Do you think women should carry DAO guns?

KB: My first service weapon was a DAO Sig Sauer with a 12 lb. trigger pull and it was awful. Everyone 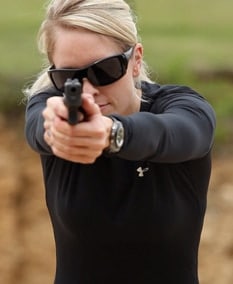 seems to think that upper body strength is an issue for women and that is why we don’t like those weapons but I don’t care who you are when you have that super long and heavy trigger pull your accuracy will be affected. And I workout, bench press and do push-ups regularly so strength was not the issue. I think that the shooter needs to find the gun that is right for them. Once I went to striker fire guns, the Glock 19 in particular, my shooting and confidence vastly improved. I am very tall and have bigger hands so I also like the G19 Gen 4 allows for a small, medium or large grip adjustment.

JD: Is there anything else you’d like Guns.com readers to know?

KB: I would just like to say thank you for all of the support that I and the WTA have gotten from the tactical and gun communities. I love being a part of like-minded folks that care about the things that I do – particularly a republic that our forefathers wanted that allowed the people the right to bear arms. Thank you again for the opportunity and you will be seeing more of me and more from AlphaGirls in the future!