Colt Considering Relocation Amid Talks of AR-15 Ban in Connecticut 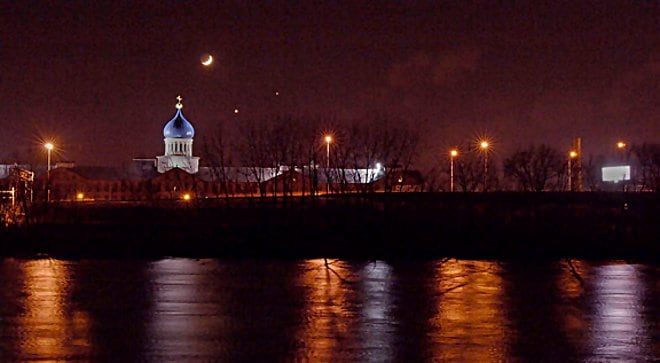 Colt, a cornerstone name in both firearms and American history, is considering leaving their home state of Connecticut after almost two centuries of record thanks to the push by Governor Dannel Malloy to ban the AR-15.

For 177 years Colt has manufactured guns for the armies of the U.S. and its people, from the Single Action Army to the LE6920, the consumer version of the M4 carbine, the main service rifle of most of the military.

Following the Sandy Hook Elementary killing spree in Newtown, Connecticut, Malloy is singling out “assault weapons” and is fighting to get them banned as part of a much larger anti-gun package.

He continued, “I’m anxious to see the legislature do it. But doing it right is more important than doing it quickly, so if I have to wait until the first week of June to get a good package, then that’s okay, too.”

That being said, Malloy does not want to lose the gun industry, either.

“The governor has been clear for some time that while he does not want manufacturers to leave the state, we need to move ahead with common sense gun violence prevention legislation that will improve public safety,” said Malloy spokesman Andrew Doba to Josh Miller of Fox News.

Malloy wants the tax revenue and employees — 670 working directly for Colt — just not the guns.

But if such legislation passes and Colt stays in-state, the company’s reputation will take a potentially fatal blow. Colt CEO Dennis Veilleux is well-aware of the long memories of gun owners.

In 2000, after striking an agreement with the Clinton administration, a nation-wide Smith & Wesson boycott crippled the company, which later sold for pennies on the dollar after Smith was forced to close several manufacturing facilities following a massive drop in sales.

“Our customers are unusually brand-loyal,” said Veilleux in an op-ed published in the Hartford Courant. “In many cases, they personally identify with the firearm brand they choose. Although our Connecticut heritage has historically enhanced our brand, that will change overnight if we ban the modern sporting rifle.

“As a result Colt, as well as other Connecticut manufacturers such as Mossberg and Stag Arms will see immediate erosion in brand strength and market share as customers migrate to manufacturers in more supportive states. This will have consequences for dozens of Connecticut companies and thousands of workers. Connecticut will have put its firearms manufacturing industry in jeopardy: one that contributes $1.7 billion annually to the state’s economy.

“Like every other precision manufacturer in Connecticut, Colt is constantly approached by other states to relocate, but our roots here are deep. Colt is and always has been an integral part of a state characterized by hard work, perseverance and ingenuity.”

Many states are pitching woo towards the Connecticut gun industry, targeting Colt specifically. While it’s true that it would be hypocritical for Colt to profit on the sale of firearms in what Malloy wishes to be a ban state if increased gun control legislation passes, the realities of the situation aren’t all that nuanced; Colt isn’t looking at losing money by not selling certain guns in Connecticut — Colt is looking at being run out of business by gun owners across America.

Colt does intend to stand their ground and fight for gun rights and their employees. Earlier this year Colt shut down for a day, taking 400 people from their plant to the capitol to protest proposed gun laws.

“The employees are what the company is,” continued Veilleux. “It’s not a building with a bunch of machines in it. The company is the employees. They’re proud of what they do, they represent their community – and I would say a lot more than some of the legislators do. They’re real people.”

If Colt stays in Connecticut despite increased gun control, would you boycott them?