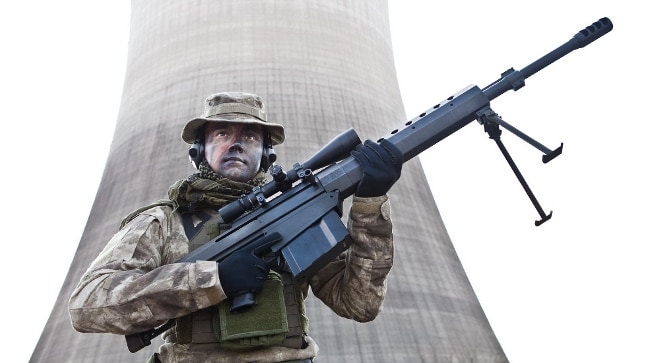 Serbu Firearms, a manufacturer of bolt-action and semi-automatic .50 caliber sniper rifles, is refusing to sell their wares to the NYPD. Their reason, of course, is that owing to unfair gun laws, they will not support law enforcement in New York.

Serbu is one of almost 150 companies that has officially refused to sell to law enforcement in New York following the passage of the SAFE Act, the controversial gun control package that has been met with scorn by gun owners across the nation.

The company posted the NYPD’s inquiry as well as their refusal to their Facebook page, with names omitted.

Company founder Mark Serbu said, “Unfortunately, we have a policy of selling to state law enforcement agencies only what is allowed to be sold to private citizens in that state. Since the passage of the NY SAFE act, the BFG-50A is considered an assault weapon and as such is no longer available to private citizens in the state of New York. Therefore we have to respectfully decline to supply your department with BFG-50A rifles.”

He also said he felt bad about not being able to outfit the officers, because although he would like to get his guns into “as many police departments as possible,” his decision is a matter of principle.

“Because of a stupid law the venerable NYPD won’t have the best tools for the job.”

What’s interesting about this is that while Serbu makes a fine firearm and impressive .50 BMG rifles, they’re not a first-tier company in the sniper rifle world and are perhaps best known for their compact Super-Shorty shotguns.

Two of the biggest names in sniper rifles, Barrett and ArmaLite, have already stated that they will not sell to the police departments of New York. If the NYPD is calling Serbu, we have to wonder how many other companies have told them to keep walking.

Serbu is the 137th company to halt sales to New York law enforcement according to the unofficial official New York Boycott list, which is now up to 142 companies (at the time of writing) and likely to keep growing.

The New York State Rifle and Pistol Association, an NRA affiliate, along with the Westchester County Firearms Owners Association, Sportsmen’s Association for Firearms Education, Blueline Tactical Police Supply and several other plaintiffs have filed suit against the state of New York and the SAFE Act.

If you want to let them know what you think yea or nay, of just “like” them, head over to the Serbu Firearms Facebook page.