EDITORIAL: What happens when a government disarms its citizens (VIDEO)

I’ve heard gun control advocates ask blithely, “Why would our government ever want to hurt its own people” and take their guns away?

They say it as if the point was self-evident and usually in that special kind of talking down to you tone they somehow think discredits gun owners’ concerns as paranoid. To that I say it isn’t self-evident because it never has been, and I don’t listen to sheep because they never studied history.

The last hundred years are marred by examples of governments first depriving their citizens of their arms before forcing their own will on the unwilling without fear of reprieve.  Calculated moves to create an unarmed populace for the purpose of crowd-control; on this subject, we have numerous testimonies.

In this country, the Second Amendment was framed as (and currently remains) an insurance policy against such tyranny, and while I hope I never live to see such a thing in my own life, I leave these examples as a reminder for those who think gun control is necessary of the things that can happen when a disarmed population faces the tyranny of a gun grabbing government.

The Krakow ghetto: The liquidation of 55,000 people 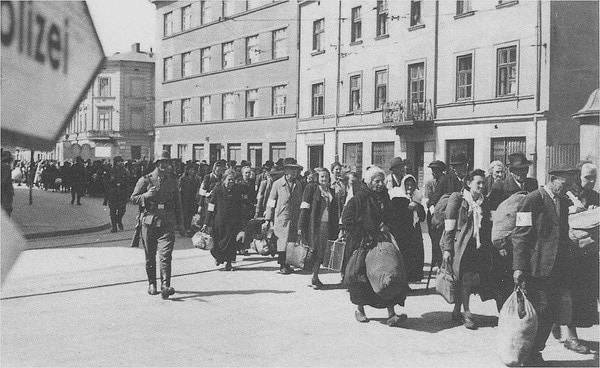 Marching Jews out of the Krakow ghetto. Those who left, rarely survived.

Westerners particularly.  Today, the few who survived Hitler’s Holocaust routinely remind us of how it was an unarmed populace that fell victim to Nazi tyranny (like this compelling story from Austrian survivor Kitty Werthmann).

When Germany invaded Poland there were nearly 70,000 Jews in Krakow. Only 15,000 of these Jews were allowed to remain (because they were “workers”). The rest were moved out of the city to other areas while those remaining were crammed into an area designed for one fifth of their number.

Conditions were cramped to say the least with many families forced to survive on the streets — so walls were built to surround the ghetto and with four guarded entrances.

On May 30, 1942 the liquidation of the Krakow ghetto began — the process of shipping out all the town’s Jews and other enemies of the state to various concentration camps. More than 7,000 were shipped out in the first wave and then 4,000 in the next, all destined to be killed at or en route to Belzec.

On March 13, 1943 the final liquidation began on the order of the ruthless Amon Goth.  Around 8,000 remaining Krakow Jews 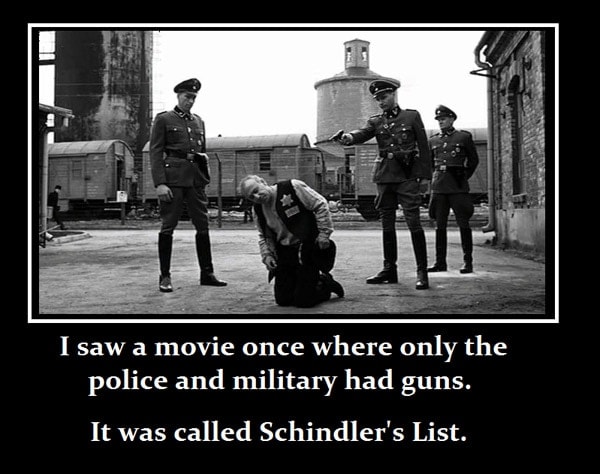 and other ‘undesirables’ were shipped to a Plaszow labor camp while another 2,000 were killed in the streets and apartments of the city. Goth shipped any left off to Auschwitz.

You can see this struggle depicted in the movie Schindler’s List in detail, and of the 70,000 Jews, Oskar Schindler was only able to save about 1,200 people.  I think the film should be required viewing for any adult or mature child who values freedom.

Today we can wonder what would have came of the Jews in Krakow had they kept their weapons.  In the famous Warsaw Ghetto uprising around 220 Jewish and Gentile resistance fighters were able to repel the first wave of German invaders, much to Nazi Jürgen Stroop’s surprise.

“When we invaded the Ghetto for the first time, the Jews and the Polish bandits succeeded in repelling the participating units, including tanks and armored cars, by a well-prepared concentration of fire.” — Jürgen Stroop, high-ranking Nazi and SS official

This victory would be short lived for the resistance fighters.  The Warsaw Jews had been subject to the same disarmament as the Krakow Jews and, even with significantly more cached weapons and a slight tactical advantage over their attackers, they were incredibly out gunned against the Axis.

One of the last remaining survivors, Marek Edelman, who was interviewed in 1986, reported that each individual fighter only had a handgun, some grenades and homemade Molotov cocktails while there were only three rifles, two landmines and a single submachine gun in the entire ghetto.  Handmade weapons, created in hopes of rounding out their arsenal, were also used, but many reportedly jammed.

And they tell us being armed the way our soldiers are is unnecessary.

While a public school education ensures that what was done to the Jews during World War II is well known, an earlier event a half a world away rarely gets mentioned here in the United States, the Jallianwala Bagh massacre.

After World War I, the British colony of India was in political turmoil with the United Kingdom’s grasp on the Jewel in her crown loosening and Mahatma Gandhi’s nonviolent revolution gaining momentum all across the country. However, the roots of India’s gun control goes back to the middle of the 19th century after the Mutiny of 1857.

Having almost lost the country to this rebellion, the British colonial government put together the Indian Arms Act 1878 to ensure such an uprising could never take place again.  This act prohibited Indians from possessing a weapon of any kind unless the British masters considered him a “loyal” subject of the British Empire.

It conveniently exempted Europeans from these restrictions and its enactment coincided with a nationwide confiscation push that also saw the destruction of most of India’s local firearm and weapon production facilities.  Many of these restrictions remain in place in India to this day.

Born into a climate of gun grabbing, the Mahatma wrote in his lifetime:

“Among the many misdeeds of the British rule in India, history will look upon the Act depriving a whole nation of arms, as the blackest.” — Mahatma Gandhi

Leading one to wonder whether Gandi’s non-violent revolution was purely by choice or necessity. 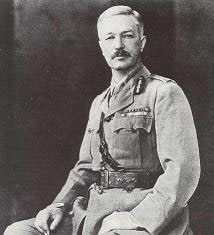 On April 13, 1919 a crowd of at least 20,000 unarmed Indian protesters gathered at the Jallianwala Bagh public garden. To address this crowd, British Brig. Gen. Reginald Dyer and about 150 soldiers took position above the gardens toward the narrow entrance point of the garden.

Convinced that an uprising was taking place (despite the fact that women and children were present) ordered his men to open fire on the crowd without warning.  In about six minutes some 1,650 rounds of .303 British were expended at the thickest part of the crowd, killing about 1,000 men and injuring an additional 1,500. Dyer had two armored cars equipped with Vickers machine guns but he could not get them through the narrow entrance. The shooting lasted a total of nearly 10 minutes and Dyer only quit when he ran low on ammunition. 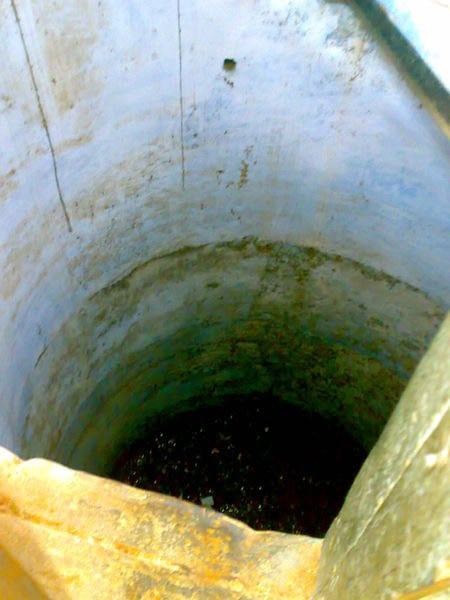 This well, where fleeing Indian protesters desperately sought refuge from a barrage of British bullets, is known today in India as Martyr’s Well.

to their death as they tried to find cover from the bullets down the garden’s only well. Many of the wounded were left to die there because Dyer immediately ordered a curfew, meaning the injured could not be rescued from the garden until the next day.

Can you imagine having your loved ones on the street dying and some evil man with a gun telling you can’t go aid them?  The thought chills me to the bone.

Dyer was relieved of command after this incident and forced to retire.  It’s important to note though, that no matter how obviously vile his actions were to India’s populace and even to the local British colonial government, folks in high places back in Great Britain actually lauded his actions and he incurred no stiffer penalties.

In the end the massacre helped Gandhi gain more support for independence, but it was a high cost. Over 1,000 peaceful Indian citizens died because one side had arms and the other did not.

China, Cambodia, Guatemala — there are many instances in recent history where systematically unarmed people were eradicated at the hands of a tyrannical government. These histories should be required reading in our schools as each one serves as a reminder that in a world of sheep there are wolves and whereas sheepdogs can be protectors, sometimes they end up reverting back to their primal nature and preying upon us.

While this has never happened here and again I would hope it never does, it goes to show what can happen when an unarmed population fall victim to those who have guns at their disposal.