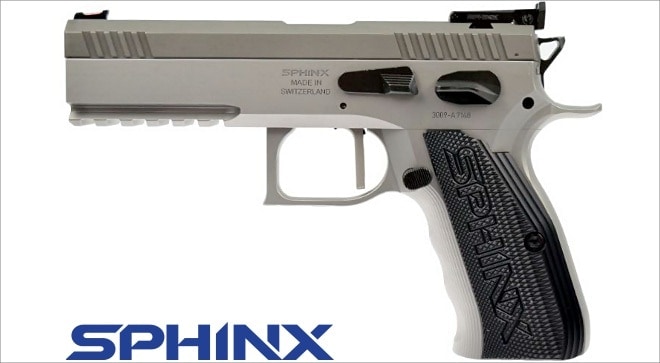 Over the weekend Swiss news agency SRF reported that Sphinx, a premium Swiss handgun manufacturer, is developing a remote tracking system that could be embedded in firearms and traced from over half a mile away by helicopter. Sphinx has put out a press release stating otherwise.

“Sphinx Arms denies information stating that it has developed and deployed a new tracing technology powered by ‘Nano-Particles’ and confirms that this system is not deployed in any of its firearms.

“This technology has been developed by Nano-ID Security Systems, a Swiss based company, which has requested Sphinx Arms to test and evaluate this technology only in conjunction with a project for sensitive material tracing and authentication in Switzerland.”

So where Sphinx comes in is that they’re providing firearms for Nano-ID to test their tracking system with. But they also reject the idea that the system can work remotely, let alone from a helicopter scanning away above.

“The Nano based identification system, applied on firearms, does not allow any form of remote identification, real-time tracking or energy output, making it impossible to transmit or compromise sensitive data. Data can only be accessed through specific readers, similar to a bar code system, that are only made available to Law Enforcement and Governmental entities which would require a maximum of 10 inches of distance, with an unobstructed line of sight, between the reader and the tag to be effective.” 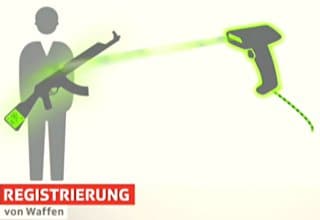 This sounds a lot more like other prominent tracking systems, like those used by Chiappa to track inventory. Chiappa developed an RFID-based chip that when scanned, transmitted a signal containing the gun’s serial number.

ATI has been working on a similar system, which cuts costs by being able to inventory a pallet of firearms without having to visually or physically inspect each one.

This is a far cry from the system that SRF reported on, which they claimed was an invisible millimeter square patch that, when installed, becomes integral to the firearm and can’t be removed. SRF claimed the tracer was also heat- and acid-resistant.

That’s understandable. Even in the U.S. people who don’t have a great understanding of firearms or tracking technology have demanded that similar non-existent tracking systems be implemented. As part of the current administration’s gun violence task force, Vice President Joe Biden said that we should mandate smart gun technology for American guns.

However, as GearScout reports, the connection between the two companies, Sphinx and Nano-ID, isn’t just one between a gun seller and a gun buyer.

The question remains of what information Nano-ID’s tracker intends to record. Because of the passive nature of these tags, it’s usually not much. While the SRF claimed the tracker held the gun’s specifications, serial number, owner information and seller information, Sphinx maintains that it’s pretty much a digitally-recorded serial number that can’t easily be defaced.

This follows two recent shootings in Switzerland which have prompted talks of increasing gun control, one shooting in a village called Daillon and another at a factory in Lucerne.

Still, this move might cost Sphinx some business here in the U.S. and abroad; people are pretty wary about any form of tracking system, even if it’s completely benign. Sphinx may not have the trackers in their guns, but simply being associated with Nano-ID could tarnish their reputation.

Will this affect your future plans to buy a Sphinx pistol? or Sphinx? Who’s Sphinx?