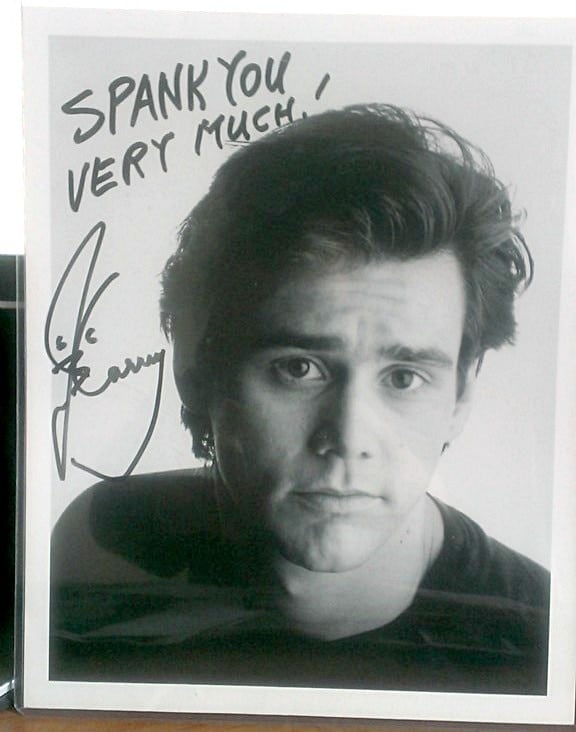 Update: It appears the auction has been pulled. I blame eBay.

Following his anti-gun music video “Cold Dead Hand,” one Jim Carrey fan is cashing in his chips, literally, by putting up an autographed photo of the actor-cum-musician in order to buy a shiny new Glock, and if there’s extra left over, to get his concealed-carry permit.

Selling a Jim Carrey Autographed 8X10 Photo So I Can Afford A Gun!

“I’m selling this Jim Carrey Autographed B&W 8X10 Photo (mint condition) in hopes that I sell it for enough to buy a GUN to protect my family.

“I’m thinking of getting the Glock G30S .45 ACP Pistol which retails for $640 U.S. Hopefully I can get at least that much for the autographed photo. If it sells for more than I’ll get a laser sight for it and take some gun safety classes and get my concealed carry permit.

“I lost all respect for Mr. Carrey after he released his ‘Cold Dead Hands’ video mocking responsible gun owners and Charlton Heston.

“I believe in the 2nd Amendment and my rights shall not be infringed! From MY cold dead hands Mr. Carrey!”

He’s not the only one who’s pissed. Check these out: