Comcast Turning its Back on Guns in Advertising 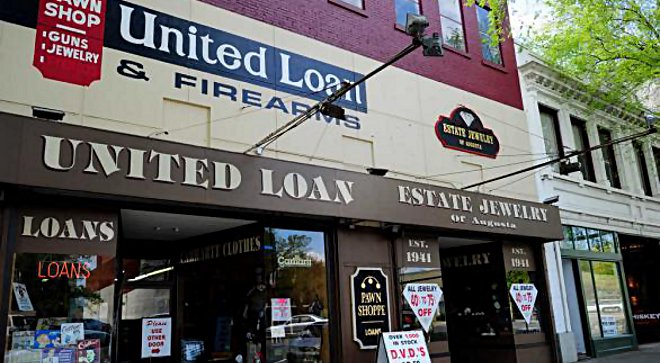 Comcast, the country’s largest cable TV, internet and phone provider, is changing their policies to erase guns from their advertising, to the point of not allowing Maine pawn shop United Loan and Firearms from advertising their name.

“What really got me was when they said that we had enough name recognition that we could get by with just saying United Loan,” Reynolds told the Augusta Chronicle. “They were going to actually make us eliminate ‘Firearms’ from our name.”

Comcast started informing their sponsors this week of their new police, one that eliminated weapons, following Comcast’s acquisition of NBCUniversal, which owns NBC, Universal Studios and of course, MSNBC.

Ray Reynolds, the owner of United Loan and Firearms said the policy was hypocritical, because the company regularly schedules violent television shows and movies.

“The federal government is issuing us a license and says it’s OK for us to sell guns,” Reynolds said. “That’s out-and-out censorship for Comcast to decide. That’s them pushing their political agenda.”

The pawn shop isn’t the only company affected by the new policy. Other companies have had to change or pull their advertising from Comcast.

“I think it’s wrong,” said Eddie Walden, the owner of Walden’s Outdoors, another Comcast sponsor. “I look at it as a free-speech thing.”

Comcast told Walden that he needed to alter his ad, something they were willing to do for free, even though he was looking at pulling his ad entirely. “I’ve got to look at the principle of it. Do I want to support them if they’re going to be anti- what I’m doing?”

It could also be that the previous policy of airing gun commercials negatively affected their message. We found this video of a Henry Repeating Rifles ad that was aired from Texas to D.C. on MSNBC, during a show spotlighting the President’s campaign for increased gun control.

Time Warner Cable announced a similar policy in January — following the shooting spree at Sandy Hook Elementary — that it would no longer allow ads showing semiautomatic weapons or any weapons used against or pointed at people.

Time will tell if these companies change their programming to match their advertising policies or comply with NBCUniversal standards.

This isn’t the first or likely the last time a company will change their policies in 2013. Cerebus Capital Management decided to sell off the Freedom Group, the company that owns Bushmaster among many others.

Walmart and Cheaper Than Dirt have also gone back and forth on their gun policies.