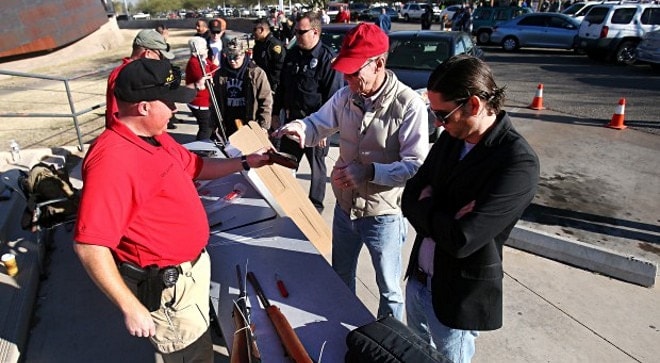 Free shotguns for people living in some of the shadier parts of Tucson is likely to be a reality if once Mayoral hopeful Shaun McClusky gets his way. He’s got a lot of help, chiefly, the Armed Citizens Project.

McClusky is doing not just to help arm his fellow residents but to also test the theory that more guns equal less crime. He and others have started a gun charity and have raised over $12,000 in the projects first few days. If everything goes to plan, he’ll be able to arm Tucson residents in just two months.

“We need to take back our city, and it needs to come back to the citizens and not the criminals,” McClusky said to the Arizona Daily Star. “Right now, the criminal element is winning.”

McClusky plans to set up residents who pass background checks from three Tucson neighborhoods with a break-action single-shot shotgun, a box of shells and training. The hardware runs about $200, and with the gun lessons he expects to need $350 to $400 per resident.

The project will not directly equip people who participate, instead, they will be given the money to buy the guns themselves.

This is the second city to participate in the Armed Citizens Project following Houston, with plans for similar projects in the works for Dallas, Indianapolis, Chicago, Detroit and New York.

“We’re not just tossing a bunch of shotguns into a community and walking away,” said Coplen. “What we’re doing is finding residents who are interested in protecting themselves.  We’re not forcing guns on anyone.”

Controversial then as it is now, several prominent Tucson residents have voiced their opposition to the plan.

“To suggest that giving away … loaded shotguns in high-crime areas will make anybody safer is pure idiocy,” said Tucson councilman Steve Kozachik. “This is coming from a purported leader in the local Republican Party, the same group who last year auctioned off a Glock and a rifle as fundraisers. Now they’re giving them away in our community? They’re totally out of touch with the values of this city.”

He also questioned the effectiveness of the NICS system. “Saying that they’ll do background checks ignores the well-known fact that the NICS records are so poorly maintained that they might as well join the gun sellers who don’t do any background checks at gun shows.” 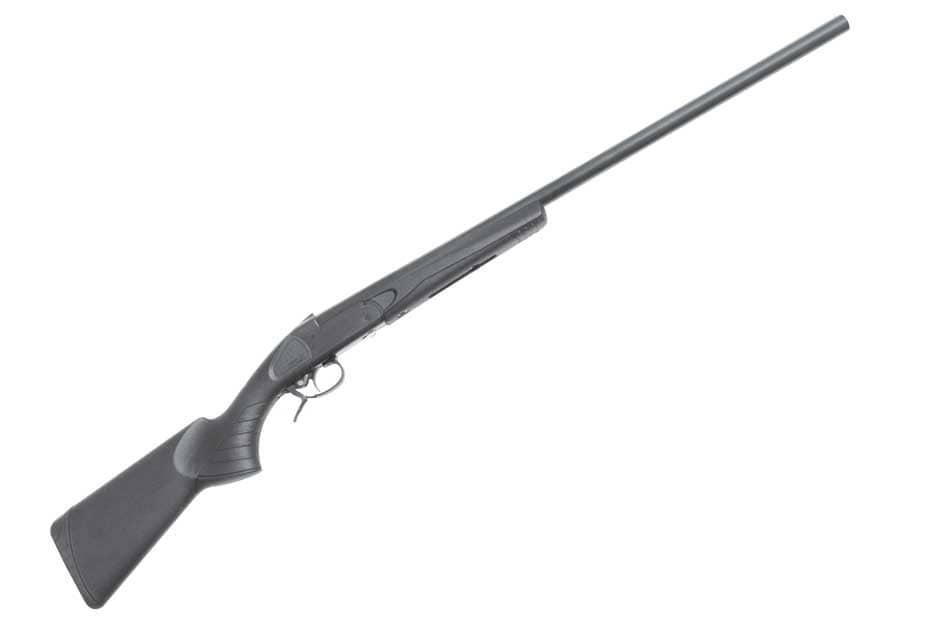 Still, while the break-action shotgun has Vice President Joe Biden’s approval, we have to wonder if a single-shot 12-gauge is the best gun in the violence prevention toolkit. Survival kit, different story.

For $200 there aren’t a lot of options for solid self-defense guns, but we hope that participants get to make the choice of what gun they decide to get, even if it’s a Hi-Point or beat-up service revolver. A Mosin probably isn’t out of the question, and it doubles as a really great club, but still not as good as a used pump shotgun.

But one shot is better then no shots, and you can always trade it in for something more appropriate. Who knows, maybe they’re getting Baikal MP18s, those have ejectors and can be reloaded quickly.

If you like what they do, head over to the Armed Citizens Project and donate. They’re currently raffling off a Remington 1100; $25 a ticket.