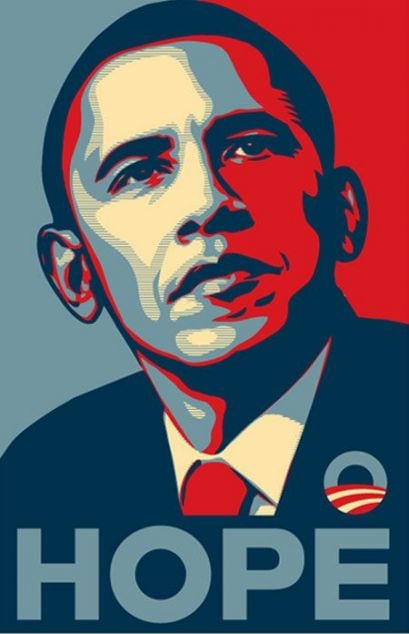 Shepard Fairey, widely known for his iconic 2008 Obama ‘Hope’ poster, is releasing a new print for sale this weekend that goes after gun owners and the second amendment.  Titled God Saves & Satan Invests, the poster attacks assault rifles and high capacity magazines.  Fairey has stated that proceeds from the poster will be donated to a group advocating for gun control.  Fairey made the following statements regarding the poster below:

“I’m also perplexed by the claim of much of the nation to have ‘Christian values.’ If god tells us to love our neighbor and not to take another human life, where do the assault weapons and piles of ammo fit into these ‘Christian values’?”

“I grew up in South Carolina hunting with my dad and we always had shotguns in the house,” he writes. “I was taught to honor and value human life. Also, the shotguns used for hunting were required by law for duck hunting, to only hold three shells at a time. The idea was that it was excessive to shoot more than three times at a bird. No one needs a gun that shoots 10, 20, 50 rounds.”

“I’m not religious, and the text in this print is designed more to illustrate the hypocrisy and  contrast between ‘values’ and actions in this country than to make a religious statement,” Fairey writes. “Anyway, if you claim to dig god, lay off of satan’s tools… if you don’t believe in god, lay off of satan’s tools! We live in statistically the safest time in human history, so the idea one would need an assault weapon for self defense is ridiculous.”