Today marks the 40th anniversary of troop withdrawal from Vietnam. 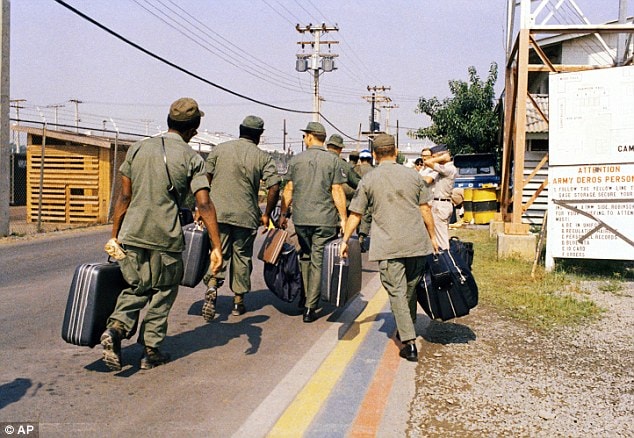 Exit: In this March 29, 1973 photo, Camp Alpha, Uncle Sam’s out processing center, was chaos in Saigon 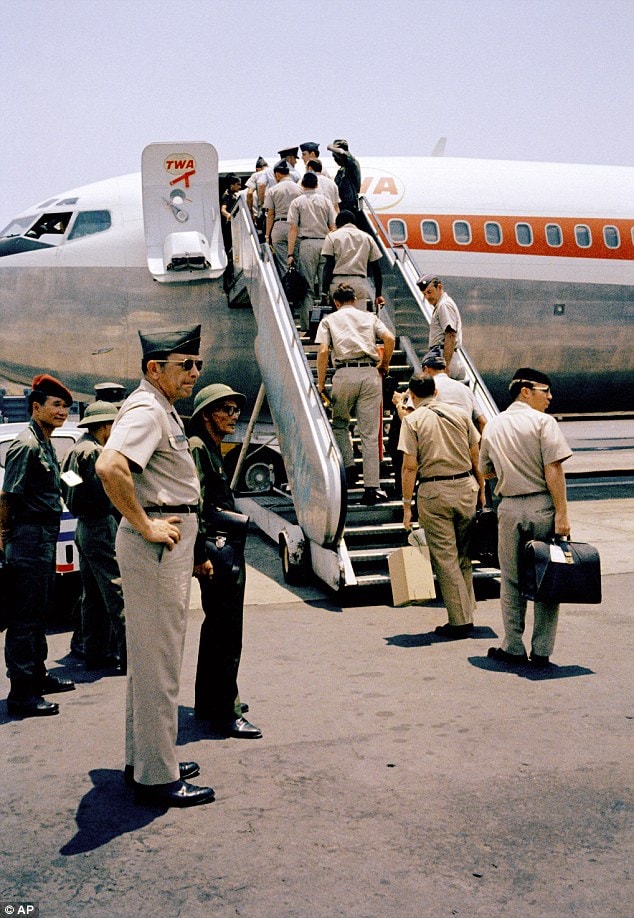 Boarding: In a curious ending to a bizarre conflict, American troops boarded jets under the watchful eyes of North Vietnamese and Viet Cong observers in Saigon 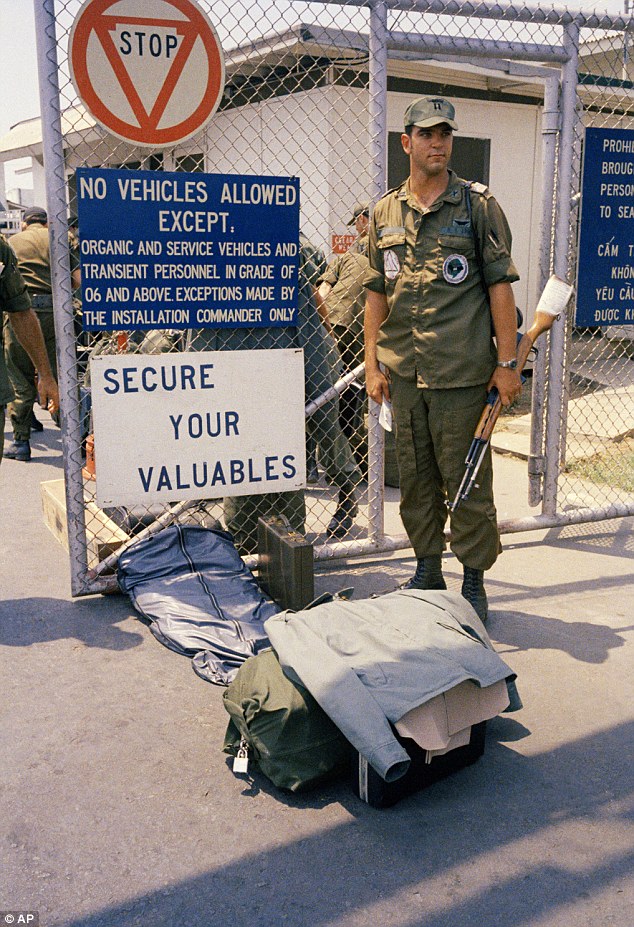 Chaos: Lines of bored soldiers snaked through customs and briefing rooms as they left Vietnam 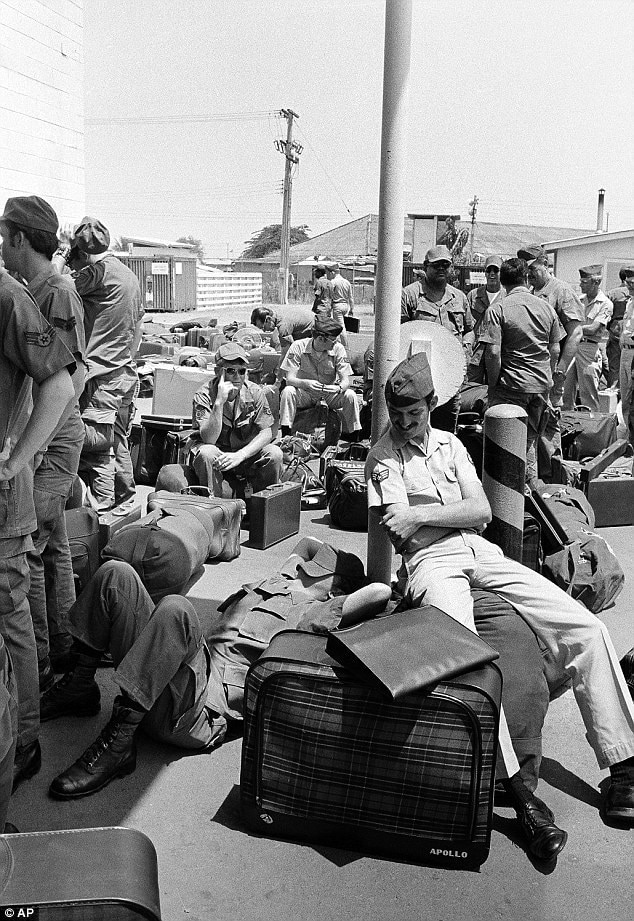 Bored: In this March 27, 1973 photo, an American GI takes a nap atop his luggage as he and other troops wait to begin out processing at Camp Alpha in Saigon 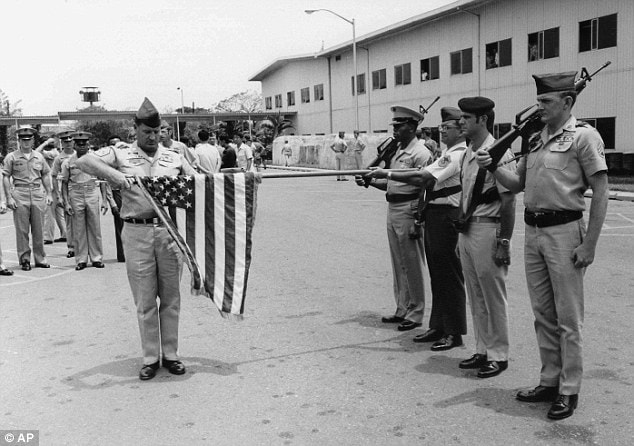 In this March 29, 1973 file photo, the American flag is furled at a ceremony marking official deactivation of the Military Assistance Command-Vietnam (MACV) in Saigon, after more than 11 years in South Vietnam 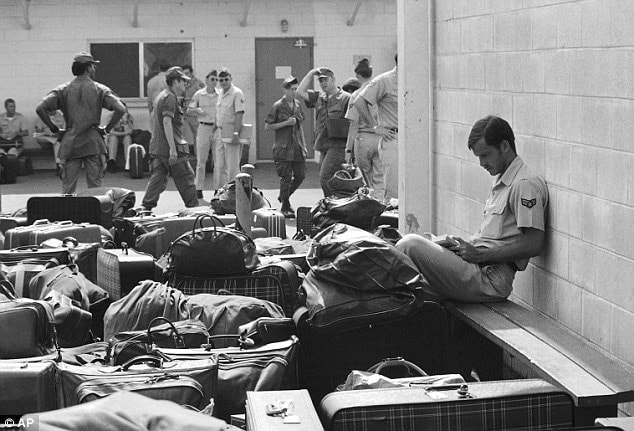 In this March 27, 1973 photo, surrounded by luggage of other departing GIs, U.S. Air Force airman reads paperback novel as he waits to begin processing at Camp Alpha on Saigon’s Tan Son Nhut airbase in Saigon as troop withdraw 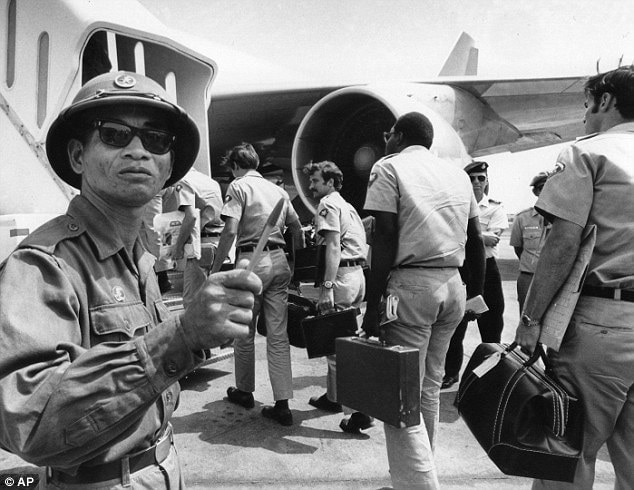 In this March 28, 1973 photo, a Viet Cong observer of the Four Party Joint Military Commission counts U.S. troops as they prepare to board jet aircraft at Saigon’s Tan Son Nhut airport 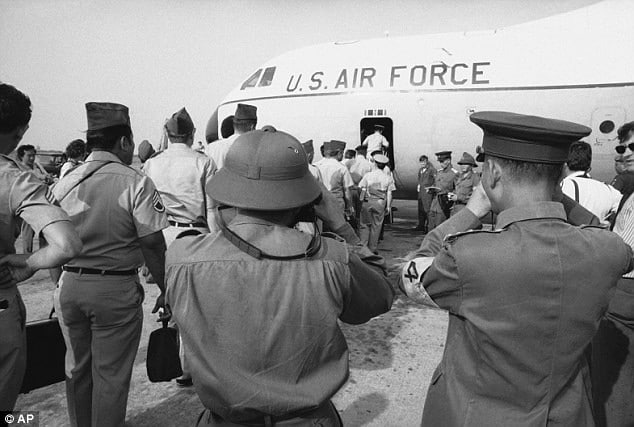 In this March 27, 1973 photo, Viet Cong and North Vietnamese members of the joint military commission, foreground, shoot photos of U.S. troops as they board an Air Force plane for the flight home from Saigon’s Tan Son Nhut Air Base 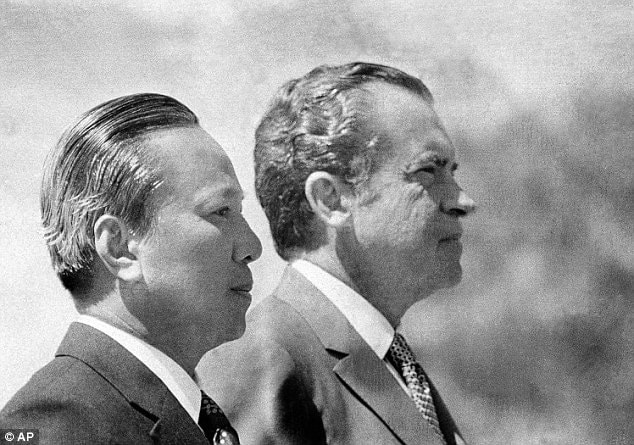 In this April 2, 1973 photo, President Richard Nixon and South Vietnamese President Nguyen Van Thieu are in profile as they listen to national anthems during arrival ceremonies for Thieu at the Western White House in San Clemente, Calif 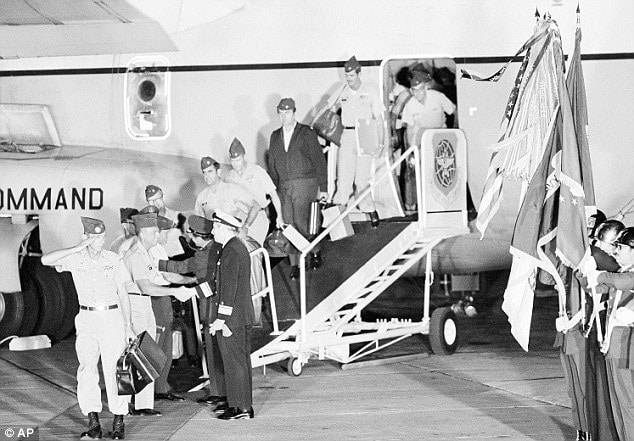 In this Thursday, March 30, 1973 photo, the last 55 troops to leave Vietnam debark their Air Force C-141 at Travis Air Force Base