“It’s just fun,” said Jason Kohnstamm. Kohnstamm is one of many visitors to the Point Blank shooting range in Moorseville, N.C. “Bring the kids to shoot, teach them about guns and gun safety.” Kohnstamm and his son have come to blow up Easter eggs and maybe win some prizes.

The Point Blank shooting range is hosting their second annual Easter Egg Blast, a kid-friendly shooting event where youngsters show up to learn gun safety with their families.

The event runs through Easter weekend, with prizes including a Maverick shotgun, ammo, range membership and one-on-one training time with the range trainers. 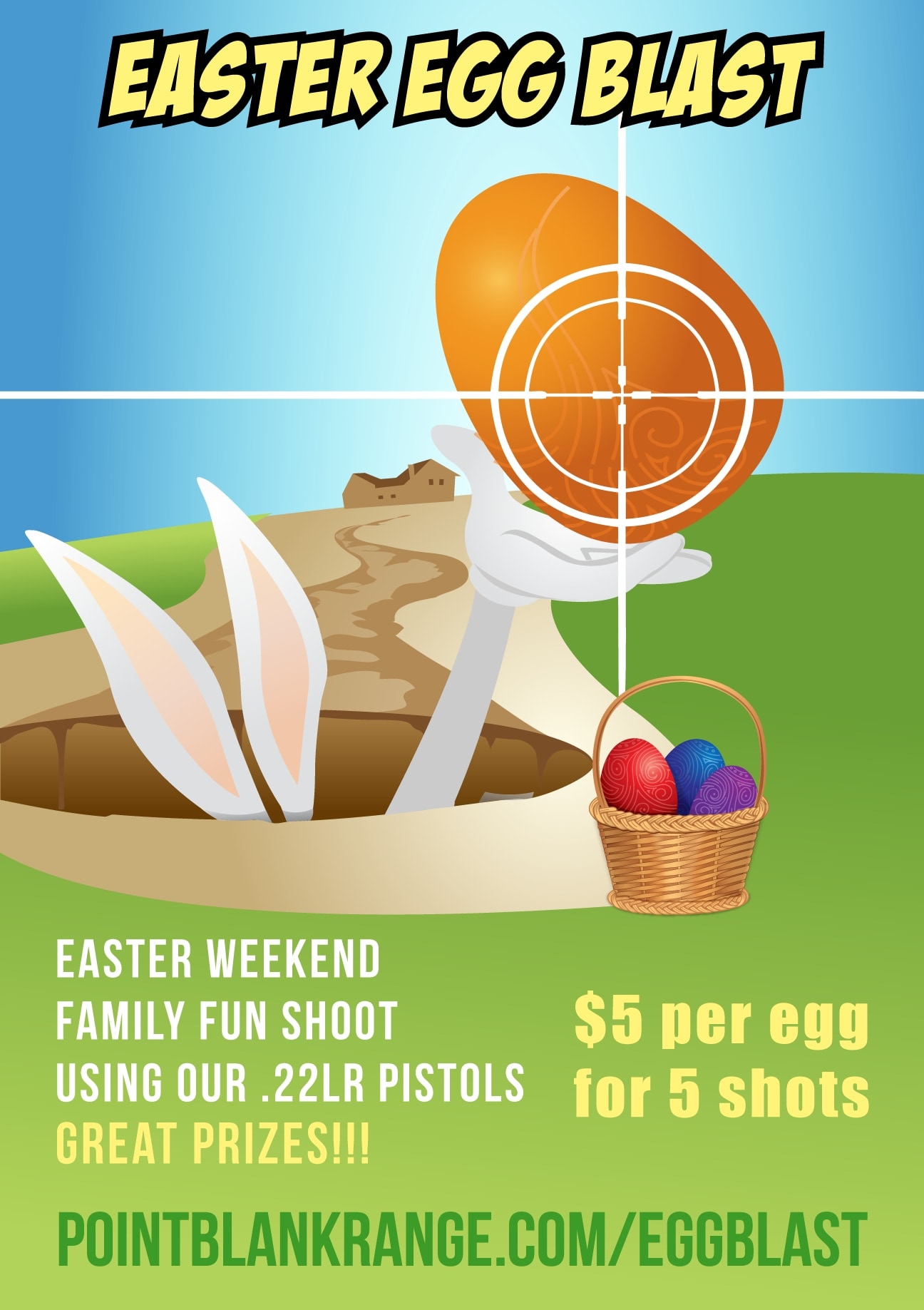 For $5 each shooter, ages 8-12, gets five tries to blast eggs. Every egg has a potential winning ticket.

“We’re hoping to make it explode,” said Kohnstamm’s son Chase to WCNC. “Never shot a type of gun like this and never shot an egg.”

Focusing on kids’ shooting takes the edge off learning what is, for some shooters, a daunting skill. “It may be intimidating going in there with grown- ups,” said Chase’s mother Heather.

We really like the idea of this type of event, and would love to see this become an Easter tradition for other gun ranges. Combining shooting with other holidays gives kids an easy way to learn to shoot and enjoy it sans pressure.

That being said, the kids aren’t without challenge. They have to shoot an egg apart at 30 feet using a 10/22 rifle. “That’s always cool especially since there are grown men shooting at a paper target that’s this big,” said 11-year-old Dekoven Hunter, there with his dad.

Dekoven hit the grand-prize-winning plastic egg on his third shot, and he and his father went home with a brand-new shotgun. Chase’s winnings included training at the Point-Blank range.

If you live in Moorsetown, you can still try for the other prizes this weekend. If you don’t, well, there’s always next year. We want to see Easter eggs go the way of Peeps like crazy next year, all across the nation.