With much of the United States speculating as to why the Department of Homeland Security needs billions and billions of dollars’ worth of ammunition, new reports are coming forth that put the controversial purchases into new light.

“It started out like any work day, with an office party for [Acquisition Contracting Manager Milton Johannsen]’s birthday,” said Jeff Lavange of DHS. “It was a pretty typical cake-and-ice cream deal with your boss, Milt was obviously bored. He’s been here for a long time.”

“At about four o’clock he just stood up and said ‘F—k it!'” continued Lavange. “‘Who wants Benihana!’ he said.” 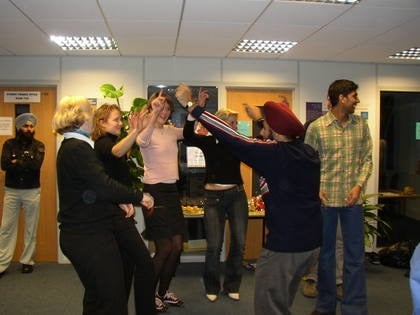 “[Johannsen] told the whole office to get their things, head out early for, and these are his words not mine, ‘J-steaks,'” said April Weston, an interdepartmental liason working with ICE and Border Protection. “I didn’t want to go, I told him I had to pick up my sister from the dentist’s, and he pulled out his wallet, gave me a hundred dollars and told me to call her a cab.”

“Mr. Johannsen threw his keys at me and called shotgun,” said Staff Assistant C. Pratt Smith, “He knows I don’t drink; he pointed at himself and shouted anyone who knows they’re gonna need a designated driver come with us.”

“I don’t mind,” continued Smith. “I like to eat new things.”

“When we got there, there were already people there,” continued Weston. “He obviously texted some other heads of departments over to the party. There were people from the Secret Service over there, some Coast Guard, FEMA.”

“We filled up the restaurant,” she said.

“Oh yeah, me and [Assistant Director John Onderdonk] were planning this with him for a couple of days now. Hell, Milt just turned sixty, had to celebrate that,” exclaimed Commander Benjamin Hernandez. 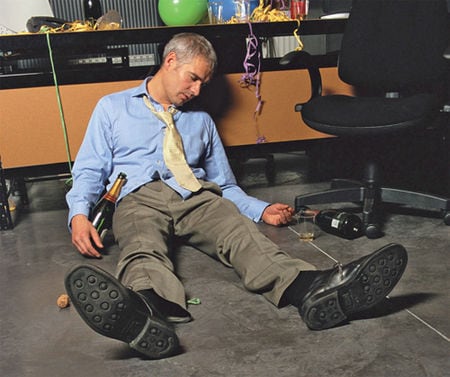 “When we got inside, Milt had beers brought over for each of us. Not the little beers, but the big ones,” said Bijay Argawal, Acquisitions Procurement Specialist, as he gestured with his hands. “It took a long time to get our dinner, there were so many of us. But the drinks kept coming.”

“We got so drunk,” confessed Argawal.

“We closed the place down,” said Weston. “[Benihana] ran out of beer, then [Onderdonk] just moved us onto sake. Honestly, I don’t think anyone remembers what happened after that.”

“Yeah, we thought we were pretty safe to drive,” said Onderdonk. “So we had Pratt take the last of us back to the office. But when we got back, we just started up again. Some people sent Johannsen some whiskey.”

“I checked my email and saw the new price lists for ammo this year,” said Argawal. “And they had gone up. Johannsen took a look at our budget, then told me to ‘buy it all.'”

“I should have never checked my email,” he said. “We didn’t even realize what we’d done for almost a week, then we got the shipping information.”

“I don’t think anyone’s going to lose their job over this,” said Onderdonk. “I mean, who here can honestly say they’ve never got brick-faced and bought crap they don’t need online? We had the budget for it.”

The Department of Homeland Security purchased up to 1.6 billion rounds of ammunition, enough to fight the war in Iraq for 24 years straight. Neither Milton Johannsen nor Janet Napolitano could be reached for comment.