A bizarre case leaves an Arizona community questioning their perception of reality and a police department wondering if Glock is the right sidearm for its officers.

Last week was a milestone for Arizona police officer Martin Walker. March 27 marked his twentieth year with the Dilbert Police Department and the day that he was first issued his Glock semi automatic pistol. 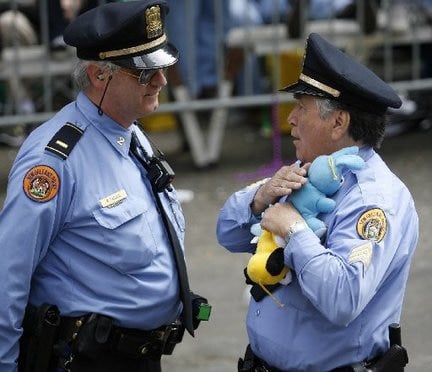 “In 20 years, thousands of rounds, I never had a jam, malfunction, hell, any real problem with it until [that day],” Walker said and, on the verge of tears, added, “I don’t know I could trust a Glock again.”

As he was getting ready that Wednesday morning he discovered that his service pistol was missing. In the incident report he is quoted saying that he routinely stores his gun in either his “bedroom closet” or in “a drawer in his office,” but it was in neither place when he went to retrieve it.

“I distinctly remember putting it up when I got home [the day before],” he said, “but it gets a little fuzzy after that.”

He explained that it had been a rough day and he may have had a few too many beers after he got home.

But “that doesn’t explain how I lost it,” he said.

He said he had every intention of reporting it immediately when he got to work even though he couldn’t explain what had happened.

A missing service pistol is embarrassing for a police department, and even more so when that missing gun is found at a crime scene.

When he arrived to work that morning — a bit late — he was “strenuously” asked to answer a call by “a superior officer.” And he agreed after explaining that he didn’t have a gun.

Walker said he was asked to go take statements from two victims in a Dilbert neighborhood who said they believed a con artist had been going door-to-door impersonating a high school softball player and soliciting donations. 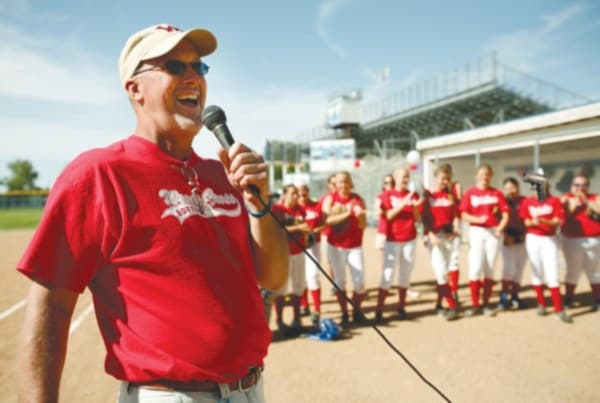 Police are unsure where Glock, far right, obtained this photo.

“The victim is asked to buy magazine subscriptions for the Wounded Warrior’s Program,” Phoenix Police department’s Sgt. Jerry Singer said about the scammer’s lie. “Trying to raise money for a softball team to attend a tournament in Hawaii, or something.”

The scammer said her name was Kristina Glock. She’d give her spiel and even flash a picture with her and her teammates, the victims’ told police. The victims’ described her as kind of a “plain Jane” with a dark complexion. Glock is accused of stealing a total of $300.

After interviewing the two victims Walker said he was driving out of the neighborhood and saw a young looking female from a distance. He proceeded to pull up next to her and he said when faced-to-face with it he knew it was his Glock.

“There was wearing on the muzzle, just from years of use. I knew it was mine,” Walker said. 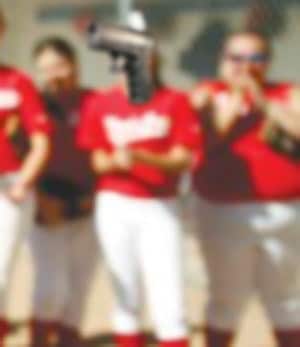 The only known photo of Glock, center.

He said he got out of his patrol car and ordered Glock to get in the car, but Glock threatened to hurt him if he didn’t backdown. Unarmed, Walker complied and Glock fled.

“I never felt so vulnerable,” Walker said about being threatened by his own gun. “I thought I knew that gun in and out.”

However, Glock was apprehended later that night by Phoenix police after getting stopped by airport security for a loaded firearm.

According to the TSA, Glock had a SIG P226 strapped into an ankle holster.

Police said when they interviewed Glock that Glock refused to speak English and would only answer questions in Austrian, but being familiar with Glocks officers kept at it and eventually Glock simply broke down.

Because of the unusual circumstances, Walker was given restricted duty. Phoenix police are currently investigating the case and considering establishing rules about how its officers should store their issued sidearms when at home.

Guns.com contacted Glock to see if they’ve ever heard of anything like that happening before. A Glock spokesman said, “Not even the Gen 4s can do that and they’re nice — really nice upgrades to the Glock lineup. I just don’t think we have that technology yet.”