Individuals 55 and older would lose their right to keep and bear arms under a provision that’s expected to be included as part of a comprehensive United Nations Global Arms Trade Treaty.

UN Secretary Gen. Ban Ki-moon spoke about the impetus behind the controversial measure at a press conference over the weekend in New York City, the site of the final negotiations between the 193 Member States.

“Regulating the international transfers of both weapons and ammunition is a key component of a robust arms trade treaty, as is limiting civilian access to small arms and munitions,” said Ban Ki-moon. 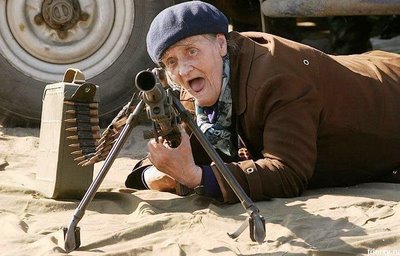 PFC Agnes Agnieszka, 23, mans a machine gun next to a truck.

“There’s an emerging consensus that certain groups should be restricted from possessing conventional arms, certainly those who fuel conflict, arm criminals or violations of international humanitarian or human rights law are at the top of the list,” Ban Ki-moon continued.

“But also, the international community believes segments of the population that present a danger to themselves and others, chiefly individuals deemed or adjudicated mentally defective and persons with attenuating cerebral faculties, should be added to that list.”

While Ban Ki-moon did not elaborate on what he meant by persons with “attenuating cerebral faculties,” a UN liaison with Amnesty International spelled it out in an interview with the Washington Post.

“Simply put, the UN believes guns don’t belong in the hands of the elderly,” said H. Michael Chase, an attorney for the human rights watchdog group. 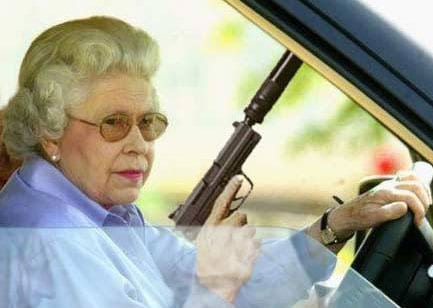 “Pools of research show that a significant majority of gun-related suicides, accidental shootings, non-fatal negligent discharges are perpetrated by persons 55 and over,” Chase said.

“Along with the mentally ill, preventing those who are advancing in age from gaining easy access to firearms is a common sense way to save lives,” concluded Chase.

“Science tells us that we grow old,” said Dr. Betti, a neurologist who specializes in evaluating and treating patients with memory disorders. “And as we do, our reflexes diminish, our senses become impaired and our cognitive skills weaken … Therefore, as we enter our twilight years – clinically speaking, age 50 and above [Global life expectancy is only 67 years] – science tells us that we are in no shape to be handling or using a deadly weapon.”

In lieu of firearms, Dr. Betti suggests that seniors find other, non-violent and non-lethal options for self-defense. 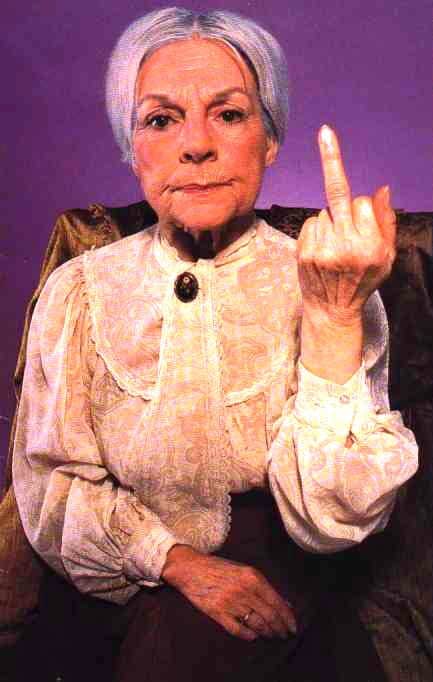 “The optimal self-defense posture for seniors would include such items as a rape whistle or high-decibel air horn, quick-strike road flares, an electronic medical alert system, a cellular telephone with a large display, morphine injections, neon or glow-in-the-dark armbands, a mesh vest, a pith helmet with flashing headgear and a solar-powered radio,” said Dr. Betti.

Thus far, the White House has not offered a specific comment on the arms trade agreement or its call to disarm seniors, but to echo a recent statement issued by Secretary of State John Kerry, “The United States is steadfast in its commitment to achieve a strong and effective Arms Trade Treaty.”

As for the constitutionality of revoking an elderly person’s Second Amendment rights here in the U.S., at least one gun control advocate said, “That’s not a problem.”

“Look, Justice Scalia already ruled that the Second Amendment had ‘reasonable limitations,’” said William Kirchmeyer of the Coalition to Prevent Mass Shootings, in an interview with the Washington Post. “What can be more reasonable than taking guns away from people who are essentially ticking time bombs?”

What are your thoughts?  Should we hang em up after a certain age?