Can you imagine my excitement?  I have 327 rounds of .22LR.  That’s it.  I just reviewed the new .22LR Walther PPK.  I’m in the process of reviewing the .22LR ZIP.  I have one of the most badass .22LR’s ever made on the way.  And this trusted friend informs me that he is standing in front of several thousand rounds.  And 550 are selling for less than $20. 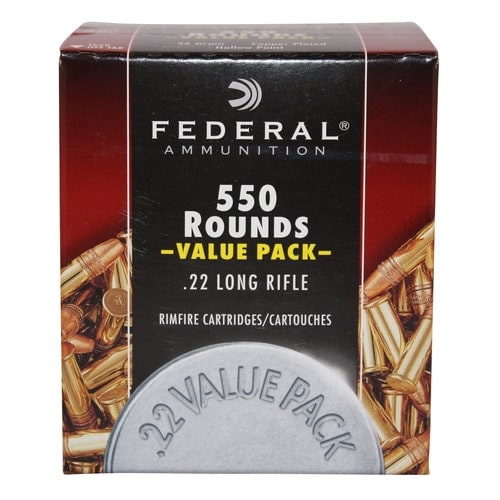 Get me 3,000 rounds, I texted back.  Now.  Get them now.  Put them in the cart.  I proceeded to explain why I needed them, though he knows.  He writes reviews for Guns.com, too.

He didn’t buy any.

In fact, he was in the car, driving away, before I figured out he hadn’t bought a single round.

It seems he has enough .22 to last him through this ridiculous drought.  And he assumed I did, too.  His last text said he was headed to a home-brew convention out of state, and would check for me when he got back.  When he got back?  Wait.  Let me count up all of my .22 again.  Yep.  327.

I think the ammo shortage is resolving itself.  Slowly.  But I’m seeing more varied options in stores.  I bought some small pistol primers last week, something I hadn’t been able to do for three months.  And I can order almost anything, if I’m willing to pay for it.

We ran a piece in the Bazaar recently that deserves more attention.  Here is the video again, in case you missed it.  It is by YouTube user Sootch00.  His points are valid.  He’s way ahead of me in the ammo finding game.

I’m going to repeat some of his ideas, and add a few more.  What you need to remember is that there are options.  As my 327 rounds of .22LR would surely suggest, they may not always work.  But here are 10 ideas that might help you score some bullets.

1.  Buy small.  I look for ammunition everywhere I go now.  If I’m on the road and I pass some mom and pop gun store or hardware store, I will pop in and ask.  It may not be the quantity you’re looking for, but it can build up.  I’ve got a decent stock of 7.62 x 39 that I’m building three boxes at a time every time I stop at Walmart.  They’re getting regular shipments in from Tula.  So if you don’t mind steel cased ammo, Walmart might be the place. 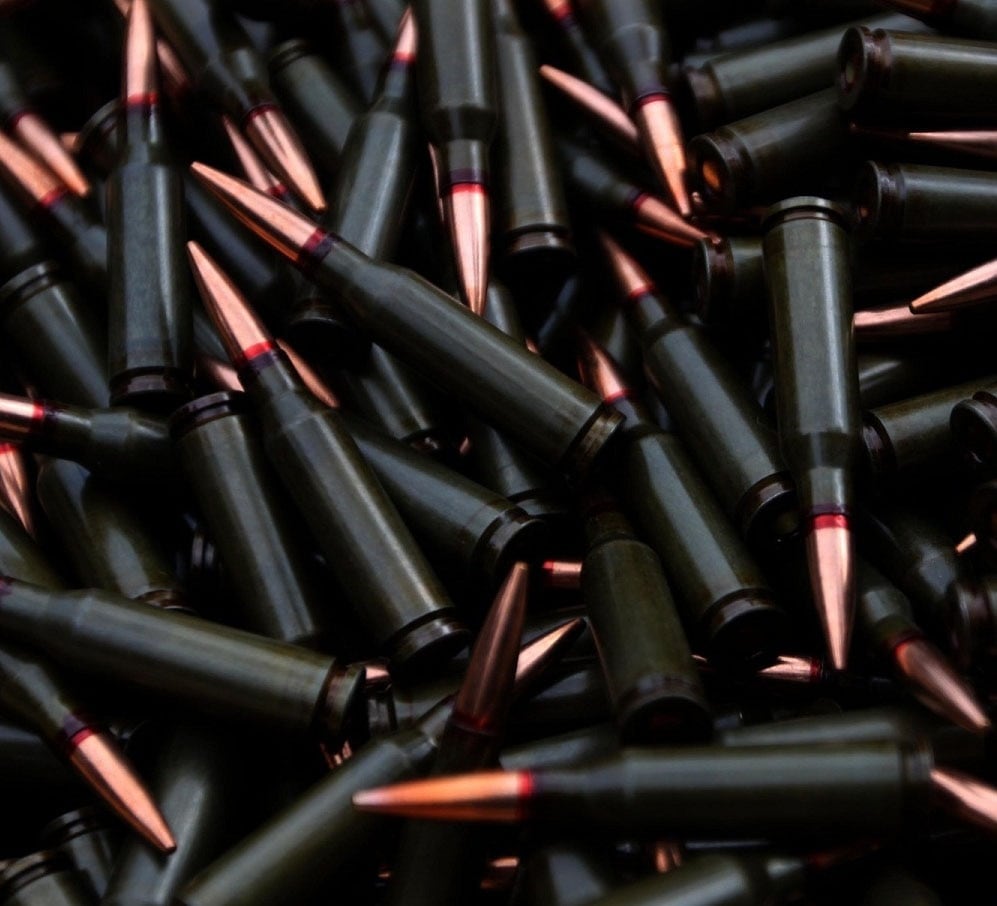 2.  Be nice.  Meg Fears, manager of Rebel Sporting Goods in Keysville, Virginia, explained it nicely.  “I see these people in the grocery store, in church–my kids go to school with their kids….”

The people at the counter are people, too.  And it isn’t their fault that they can’t get supply in.  Meg has seen some really mad people lately.  But it isn’t her fault.

Sootch00 hit on this point, and it is crucial.  Establish a relationship with a retailer.  Get to know them, just enough.  Shake their hands.  Touch their elbows.  Ask about their kids.  And thank them for suffering through the this with you.

3. Know the schedule.  Big box stores receive shipments regularly.  I live in a small town.  Walmart is as close to big-box as we get.  Their truck rolls in at four in the afternoon.  The pallet new stock arrives in sporting goods at seven.

Be there when the doors open, as Sootch00 suggests.  Or make small talk with the other gun folk around the counter while things are unloaded.

4.  Check out the auction schedule.  There is a regular weekend auction in my neck of the woods.  I’ve seen some decent deals on ammo.  Guns seem outrageous, but ammo isn’t bad.  While this is typically hunting calibers and shotgun shells, it is a good way to get some hard to find ammo.

5.  Check out the on line options.  As long as they remain legal, private sales are a great way to go.  I use VAGuntrader.com.  Ammo is available on-line.  Even .22LR.  But you will have to pay the market price, or above.

Traditional ammo retailers are still stocking shelves.  Last week I saw a brick of 550 .22LR for sale on a reputable website for $190.  The point is that it is still available. 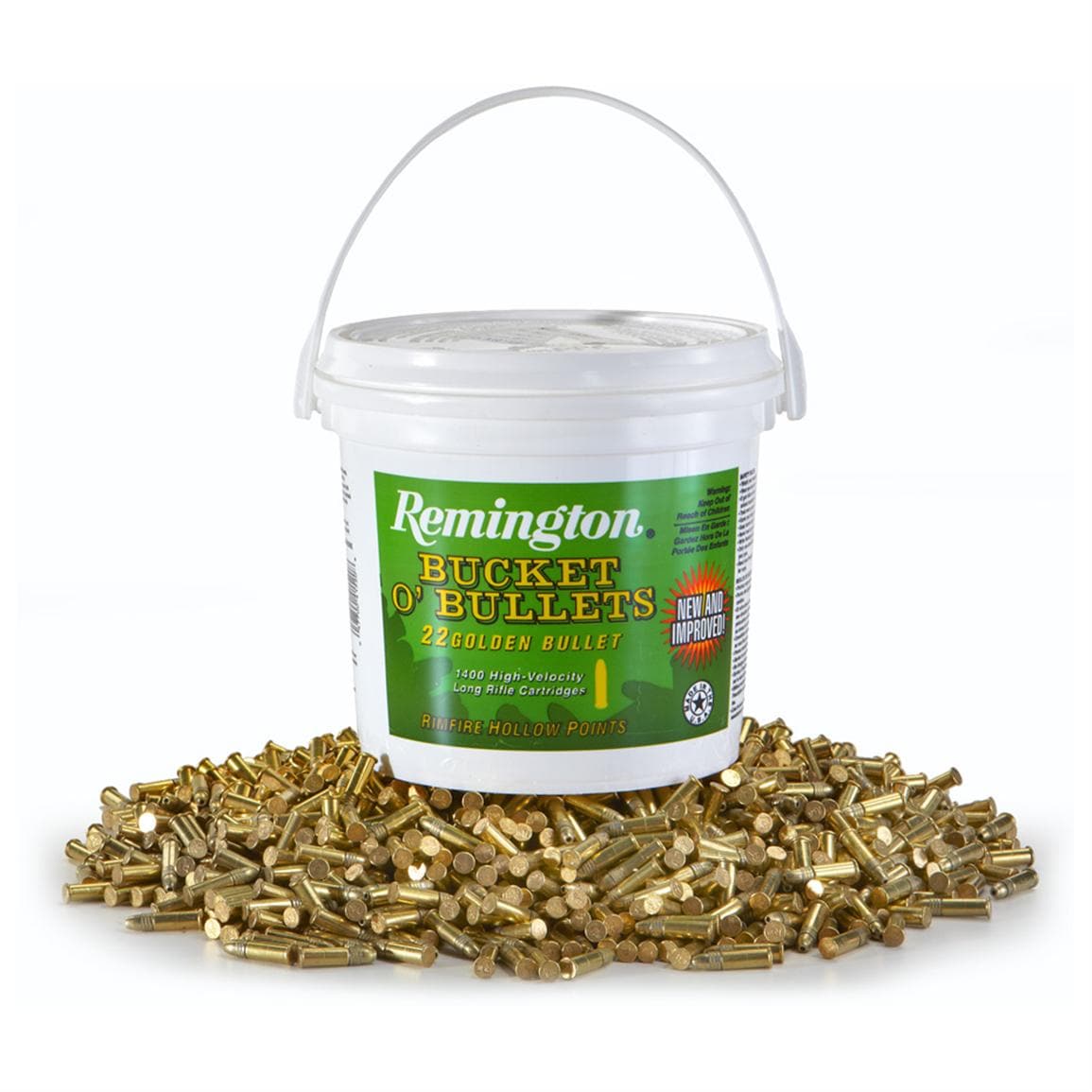 6.  Watch the on line search engines.  If you want real-time insight into availabilty, check out Gunbot.net and Ammoseek.com.

These are dedicated ammo search engines and will both do the leg work for you.  They refresh often and can be a great way to get ahead of the technologically challenged ammo seekers.

7.    Create accounts at trusted online retailers.  Pay attention to which websites are putting up stock, even if you aren’t luck enough to get any of it.  Visit them regularly.  Leave tabbed windows open and refresh frequently.  Make use of text based alerts.  Back-order if it’s allowed.

The key is being able to put in your order before everyone else.  Often, and I mean all-the-time now, you will have a matter of seconds to place an order and fill in the forms.

8.  Have others, in other states, looking out for you.  Apparently there are magical pallets overflowing with rimfire somewhere in Arkansas, but not here in Virginia.  Get someone you trust to look out for you and things will get much easier.

9.  Buy large.  If there are deals to be had, they’re on large volume lots.  The way I see it, some folks would rather simply sell a case of ammo than break it up.  This may mean you need to secure some funds ahead of time.  Have room on the credit cards. 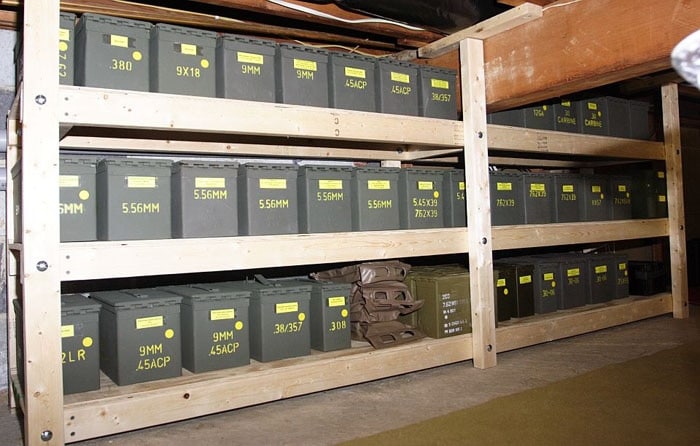 And have cash in hand.  Private sellers won’t take plastic.  But money talks.  And the ammunition exists.  It isn’t being shot up.  It is being stored.  Some of these buyers will become sellers when stores are able to stock back up.  And that’s when the real deals will be available.  Look at what’s happening with AR-15s.  They are available again.  And the prices are falling.

10.  It is time to begin reloading.  If this long cold winter has taught us anything about the what is possible, it is this: be prepared.  As reloading components are becoming more readily available, it would be wise to learn the craft.  A modest expenditure of capital and time now might mean the difference down the line.

It isn’t the end

Not yet, at least.  We all have time to rebuild our stock piles.  I can’t sit on mine, because I have guns to review.  So I hope I don’t have to contend with any natural or unnatural disasters. But we have time.  Even if you’re picking up 60 rounds of Tula every trip to Walmart, the pile will grow.

But I’m curious.  If you’re comfortable sharing, how much of what do you keep on hand?  And do any of you have any tips on where to find some ammo?