EDITORIAL: How much do gun control advocates even know about guns?

What is a barrel shroud? Hint: it is what those words say it is. This question was famously lobbed at Congresswoman Carolyn McCarthy, to which she answered after a lengthy diversion, “I actually don’t know what it is.”

That was not the first, and certainly not the last time an anti-gun politician would eat foot and display sweeping ignorance of the world of firearms, despite their intent to prevent the people from owning them.

In fact, on her website, McCarthy states that hollow-point bullets are “cop-killers” and not only easily defeat body armor, they also explode. They’re explosive. If that’s not a misunderstanding, it’s propaganda, which is even worse.

Most recently Rep. Diana DeGette demonstrated that she didn’t even understand how magazines work, the very things she seeks to regulate.

“I will tell you these are ammunition, they’re bullets, so the people who have those now they’re going to shoot them, so if you ban them in the future, the number of these high capacity magazines is going to decrease dramatically over time because the bullets will have been shot and there won’t be any more available.”

“The Congresswoman has been working on a high-capacity assault magazine ban for years and has been deeply involved in the issue; she simply misspoke in referring to ‘magazines’ when she should have referred to ‘clips,’ which cannot be reused because they don’t have a feeding mechanism.”

Stripper clips, of course, can be reloaded, and are, often, to reload magazines. That’s what they’re made for. (DeGette might have have learned this if someone told her that most clips hold five to 10 rounds, that’s more her speed, not at all like “assault magazines.”) 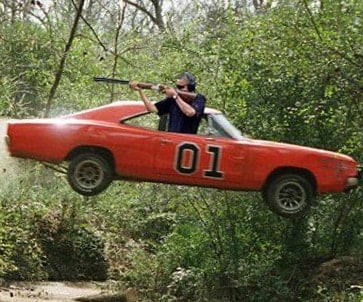 Another recent gaffe was Biden’s infamous “Get a shotgun” advice, which included illegally discharging two warning shots into the air above an intruder’s head.

The President would never make such an ill-informed statement. Remember, he “[does] skeet-shooting all the time.” Most recently, President Obama incorrectly stated that the Sandy Hook Elementary School shooter used a fully-automatic rifle. He did not.

After passing the SAFE Act, Cuomo was cornered by the bill’s own language, particularly the seven-round magazine limit. Since seven rounds is not a standard number, it’s a sweeping magazine ban — which could easily be defeated in a court of law.

Backpedalling, Cuomo blamed none other than the Brady Campaign.

“Much of what’s in the law was drafted by people connected to Mayor [Michael] Bloomberg and the Brady Center, not by the Governor’s staff. That’s why there are so many problems with it,” said a Cuomo insider.

Almost nothing beats Sacramento City Councilwoman Sandy Sheedy, who famously stated that people get shot all the time by unloaded guns. For reals:

Of course, you don’t have to be in politics to get it wrong. In an interview, Chris Cillizza, an MSNBC political analyst argued against, well, you decide.

“Eventually — Okay, let’s say assault weapons or let’s say these high-caliber — these high-pack rounds — if they do that, what will they do next.” We’re not even sure what they want to do first.

The Denver Post once even reported on a Colorado University policy, one that would segregate students who had concealed-carry permits apart from the others. When we spoke to the dorm management, it turned out that there was no such policy.

These gaffes aren’t just occasional slips. They’ve been going on for years, and probably will continue. We’re not sure if there’s anything we or anyone can do to fix this, but we can at least get a good laugh out of it.

What are your favorite displays of complete ignorance when it comes to gun politics?