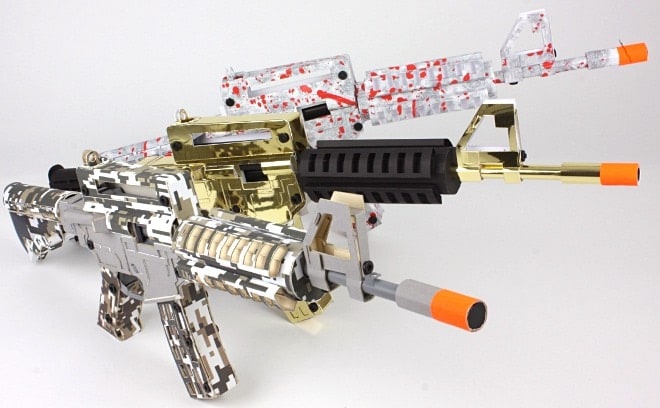 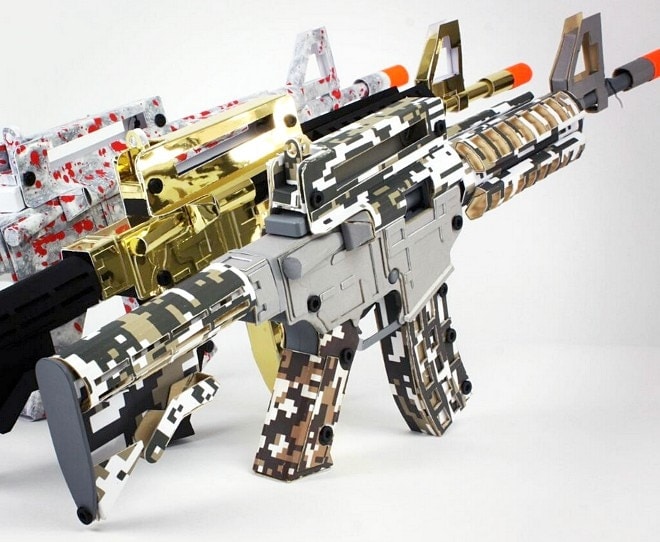 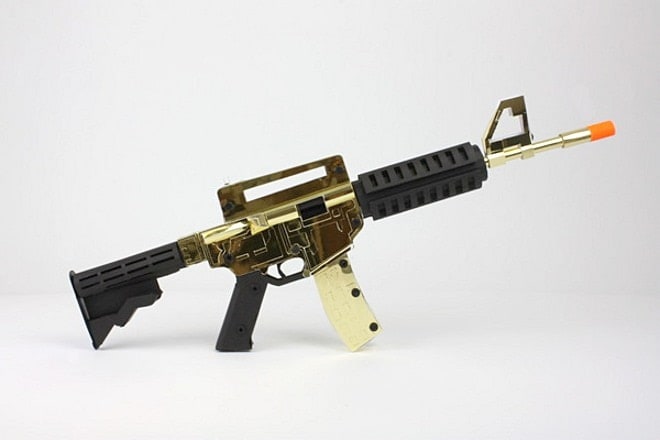 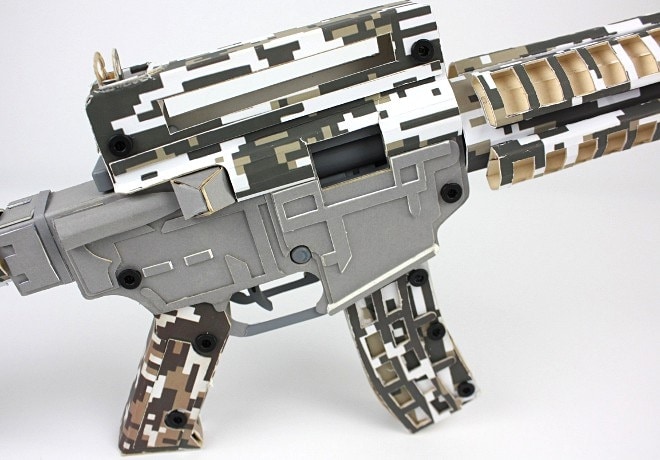 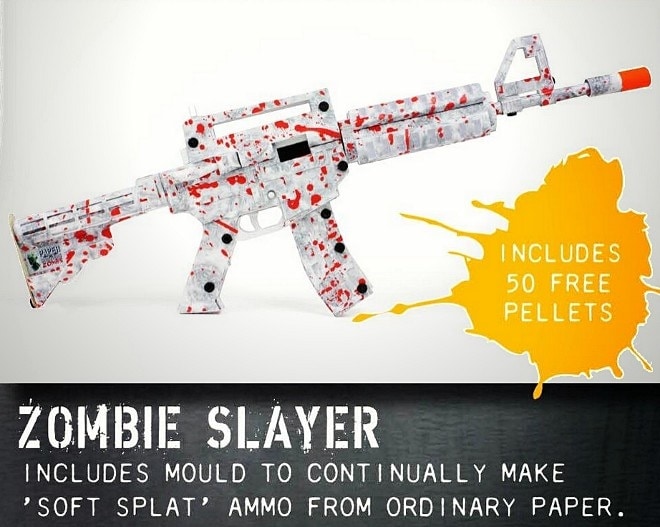 Wired has a little on it:

“Each kit contains a plastic firing mechanism and skeleton, layers of cardboard ‘skin’ for the gun that are either glued or clipped on, eight gold shells, 50 pieces of premade ammunition, a mould for making new ammunition out of paper (any soft paper will do) and a target in the shape of a zombie’s head.

“[Mike Howarth of Team Paper Shooters] said: “The plastic is merely a ‘skeleton’ (minimum amount) as it shoots wet paper ammo that the user makes themselves.” The soft paper pellet ammunition fits into cartridges the shape of real bullets, and creating a cardboard gun that could handle moisture was a particular challenge.

“The cartridge casings eject out of the side every time the user reloads, just like a real semiautomatic rifle. Apparently, the pellets have aerodynamic qualities similar to Airsoft rounds (‘the accuracy is very good up to 65 feet [20m], then probably drops slightly after that,’ says Howarth), so they are actually quite dangerous if not treated with respect. It’s very much for teenagers, not children, with an age guidance of 14-years-old and up. According to Howarth, ‘the ‘gunsmith experience’ is definitely the main selling point’.”

If you’re interested in helping out, head over to Indiegogo to place an order and raise funds for the paper pellet gun project.

“We have worked with a great team at Bang Creations to produce Paper Shooters to an awesome standard. The team includes ex Hasbro designers who previously worked on numerous Nerf and Star Wars products for over 12 years. We have also worked with a fantastic UK artist who specialises in working with Cardboard.

“We would appreciate your support!  If you like our idea and project, please spread the word and visit us at  www.PaperShooters.com.”