It’s believed that 15 students have been wounded in a mass stabbing that took place today at Lone Star College Cy-Fair in Harris County near Houston, Texas, with four believed to be in critical condition.  North Cypress Medical Center confirms that it received six patients. 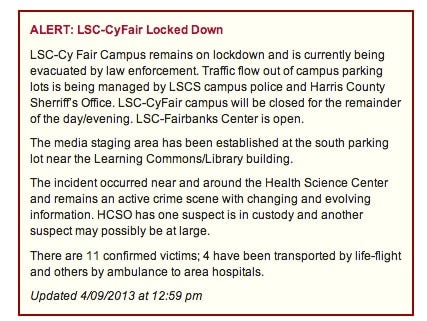 College faculty sounded the alarm at 11:02 am, putting the 78,000 student campus on lockdown as a blade wielding assailant reportedly targeted victims throats and faces with a box-cutter in the college’s Health and Science Center.  Police claim they have the male suspect in custody and that reports of a second attacker were false.  The only information currently being released is that he was a student at Lone Star College.

Details are still developing at this time, particularly concerning the severity of the injuries sustained in the attack.  Photographers captured several students strapped to gurneys  leaving in ambulances and the resulting exodus of fleeing students and teachers is documented in the above video. It’s important to note that this is the same college that suffered a shooting incident just a couple of months ago on another campus, though that event was believed to have been gang-related. 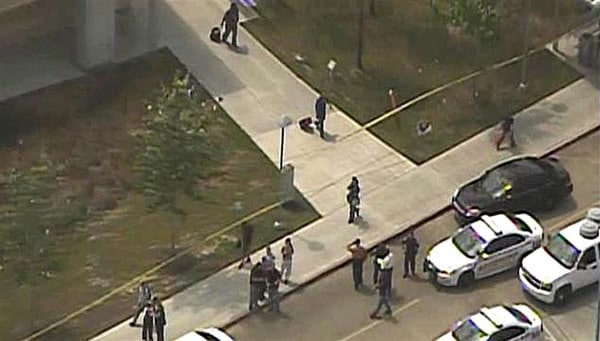 Students flee and crowd gathers at Lone Star College in Houston after a mass stabbing incident.

Guns.com would like to extend our condolences to the families and loved ones of those affected by this deplorable act of violence.

Though tragedy is never a time to make a statement, it’s hard not to feel the political dimension smack you in the nose with this story. The school was in effect a gun free zone, with a weapons policy forbidding any civilian, even those with concealed carry permits, from having a firearm on campus.  With the United States (and some may argue the world) keeping its focus tight on gun control rather than on caring for and identifying the mentally ill, incidents like this prove, where there’s a will, there will always be a way. 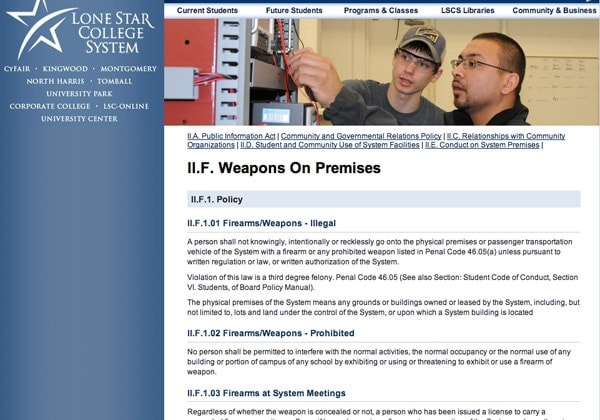 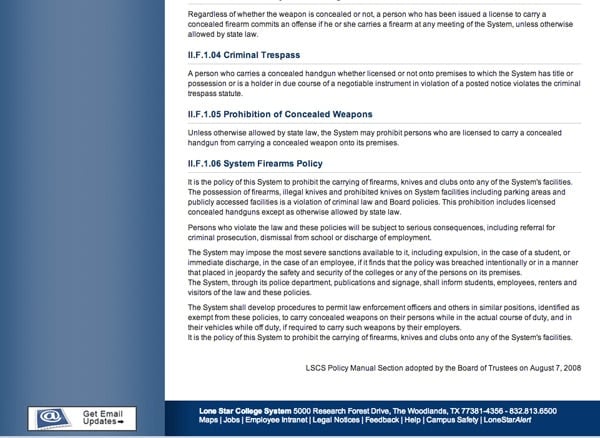