Guns of the IRS: Just a friendly reminder to pay your taxes

April 15 lurks around the corner like an armed thug for an unarmed victim.  If you needed a little extra motivation to get those taxes filed on time and with minute of angle accuracy, just remember the Internal Revenue Service is armed.  Yes, that’s right. There are IRS agents carrying firearms.  This is not breaking news, but should we be concerned?

What is the CID of the IRS?

Before pressing the collective panic button, not every paper-pushing IRS employee is packing heat.  Actually, only a select few go armed — Special Agents of the Criminal Investigation Division.

The IRS Intelligence Unit was created in 1919 when five U.S. Postal Service employees were transferred to become the first special agents.  Thus the birth of what is now known as Criminal Investigation. 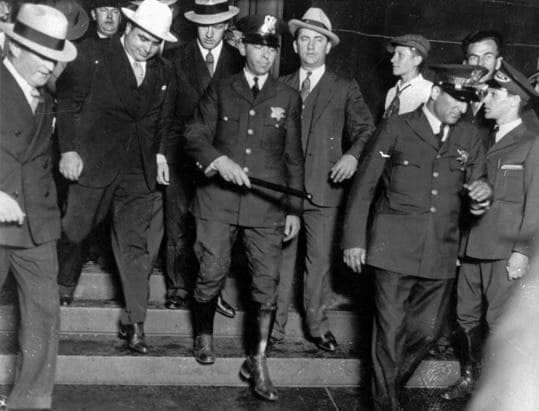 The CID is the criminal law enforcement arm of the IRS, and according to their website, “Special Agents are duly sworn law enforcement officers who are trained to follow the money.”

The division’s duties include investigating tax violations, money laundering and currency violations.  And “Yes,” the CID is a division to be feared.  After the Dept. of Justice failed to put away public enemy number one Al Capone, the IRS Intelligence Unit stepped up to the plate and nabbed him for tax evasion. Since then the IRS has had a 90 percent conviction rate for Federal tax prosecutions — a record of success unmatched in Federal law enforcement by any other agency.

Of over 3,700 CID employees, roughly 2,600 are special agents, and guns are not their only weapons.  SA’s are trained in financial investigative skills, use the latest forensic technology, and are able to crack all sorts of encrypted electronic documents.

Are they coming to crack your passwords and hold you at gunpoint for a 1040 oversight?  Probably not.  The CID SA’s are targeting those who defraud the government.  We’re talking serious criminals here, and can’t really blame the IRS for going armed to what has potential to be a gunfight considering the number of zeroes behind the dollar signs.

So you’ve either made peace with the fact the IRS may bust down your door and hold you at gunpoint for deducting too much mileage on the company car — or you are a tad more realistic and realize that is quite unlikely to happen for minor violations.  True tax evaders beware, however, because the IRS carries pretty mean guns these days.  Aside from various sidearms, the most recent publicized purchase came in 2010.  It was then the IRS put out Solicitation Number TIRWR-10-Q-00023 requesting bids for 60 Remington Model 870 Police 12-gauge shotguns. 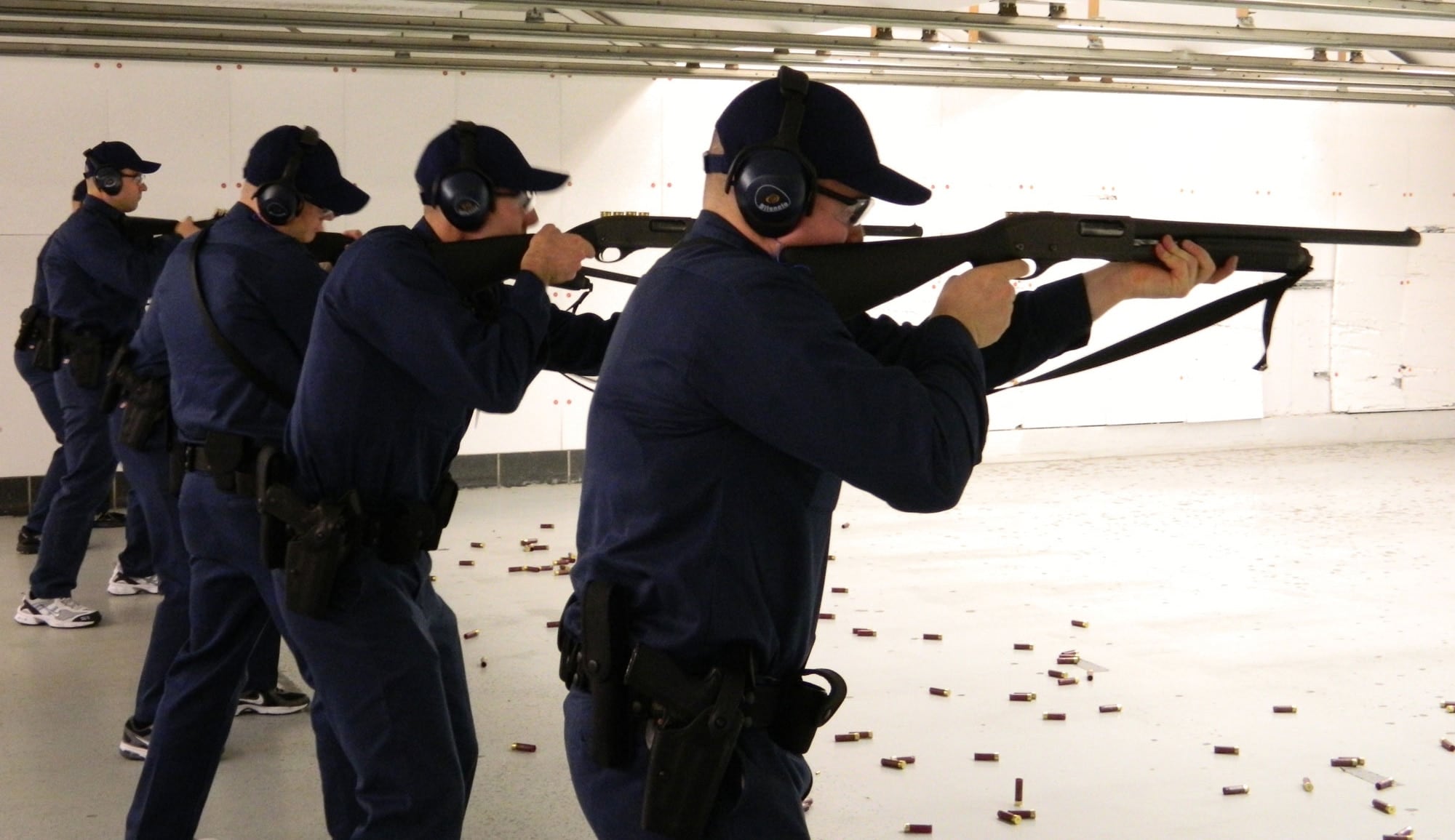 All things considered, that’s a pretty small number of guns, given the reach of the IRS. While nobody really wants to do business with the IRS even on a good day, there’s no good time to be staring down the business end of one of their tacticool pump guns.

According to the order, this particular 870 Police build is “designated as the only shotguns authorized for IRS duty based on compatibility with IRS existing shotgun inventory, certified armorer and combat training and protocol, maintenance, and parts.”

The thing is, no non-IRS civilian really knows what constitutes the remainder of that “existing shotgun inventory” nor the sidearms or other long guns in current use by tax police.  While I previously thought the word “audit” was the sole IRS-induced fear, I can now add to my paranoia that I know they have the firepower to round up my W-2 deficient neighborhood and send us to some tented prison camp in Antarctica — with no toe warmers for our boots.

An IRS-CID agent on the range and probably scoring adequately.

What gives?  In September 2012, a Treasury Inspector General for Tax Administration (TIGTA) report headlined that “Criminal Investigation’s Firearms Training and Qualification Policies Need to be Clarified.”

While portions of the report have been redacted or otherwise restricted from the public, the key paragraph highlights the problems clearly:

CI’s firearms training and qualification requirements generally met or exceeded those of other Federal law enforcement agencies.  However, TIGTA found that some CI special agents did not meet all firearms training and qualification requirements. […] TIGTA also found that firearm discharge incidents were not always properly reported and that remedial training was not always required after accidental discharges due to special agent negligence.  Lastly, procedures for securing a firearm after a discharge are not adequate.

Just what could result?  Per the very same TIGTA report, their concern is that “Special agents not properly trained in the use of firearms could endanger the public, as well as their fellow special agents, and expose the IRS to possible litigation over injuries or damages.” 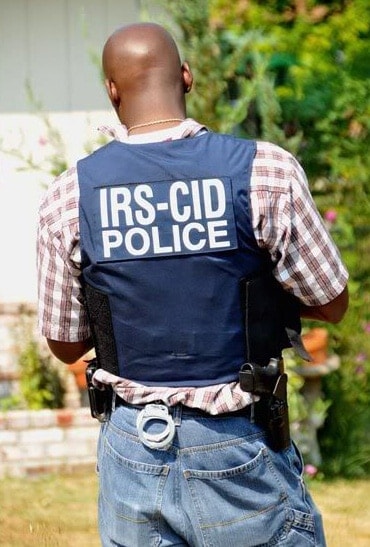 There does not appear to have been an official IRS response to either the TIGTA report or the media coverage.  To put things in perspective, an outdated Government Accountability Office information shows that well over 60,000 federal agents were cleared to pack heat, however, a 1997 study suggested the actual number at that time was well over 80,000.  That makes the IRS-CID just a very small portion of the federal gunslingers, and the only one mentioned in this particular report.  What of the others? Besides the obvious, the list of federal agencies allowed to pack includes those policing the Library of Congress, Dept of Education, U.S. Mint, and FDA.

A conclusion so scary we have to laugh

The moral of the story? Tax evaders beware.  But perhaps the question is not whether we should fear the IRS, but if the Federal Government will soon have the largest standing army.  For now, stay informed, stay armed, put up a few extra cans of tuna.  All paranoia and food hoarding aside, for now I’ll stick to paying my taxes and suggest you do the same.  On time.  And just as accurately as we all shoot.  Now, that’s all that is left to the imagination.