Remington Has No Plans to Leave New York 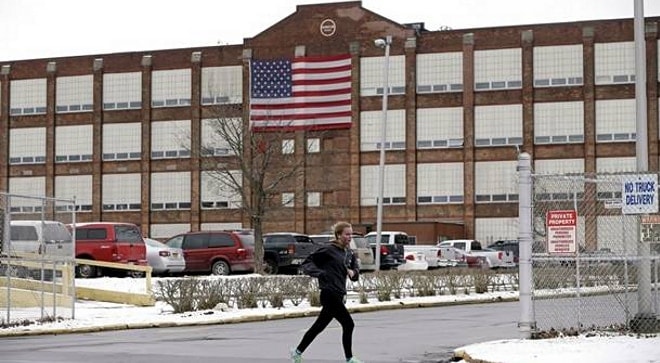 Remington has made their intentions to stay in the state of New York clear in a recent meeting with state lawmakers, in spite of the passage of the SAFE act, the highly controversial gun control package that has already started to come undone.

Dozens and dozens of companies have boycotted New York law enforcement in protest of the passage of these gun laws, and a handful of companies across the U.S. have either relocated to other states due to the passage of increased gun control in their state or have expressed interest in relocating.

Remington is taking the opposite tack, and is going forward with plans for a $20 million upgrade to their manufacturing facility in Ilion, New York. They are doing so to fulfill a 10-year contract with the military to supply SOCOM with 5,000 Remington MSR sniper rifles. The contract is worth $79.7 million for the rifles as well as Advanced Armament Corp. Titan QD suppressors and 4,696,800 rounds of ammo.

The state of New York has granted Remington millions of dollars over the years to upgrade and renovate their Illion facilities, almost $6 million just recently.

“In 2010, Empire State Development, the agency that works with private companies to attract and retain jobs, announced $2.5 million in grants and subsidies to help Remington bring its Marlin lever-action gun production from Connecticut to Ilion and add 100 jobs. That followed two grants in 2009 worth $3 million for renovations and machinery.

“In early 2011, Bushmaster Firearms moved manufacturing operations from Windham, Maine, to Ilion, where Remington now makes Bushmaster guns. No state money was used in that transfer, which brought more than 40 jobs.”

Whether the state will continue to support and subsidize Remington and other Freedom Group gun manufacturers is another issue entirely. But for at least the next decade, Remington will remain at their Ilion home, where they employ about 1,200 people, in order to supply the military with rifles uninterrupted.

While the loss of future state income is no trivial amount, the real question is whether or not their reputation with the general public will remain intact.

When even small companies are being hailed for refusing to serve states with strict gun control laws, it’s hard to imagine a company standing to gain from the consumer market by making stronger ties with the same states.

In just one year following their decision to voluntarily comply with the Clinton administration’s gun safety program, Smith & Wesson went nearly bankrupt and was forced to shut down multiple manufacturing facilities thanks to a boycotting public.

Remington has government contracts and New York subsidies to keep their lights on, but if this decision to stay in Illion is poorly-received by the private gun owner, they might go the way of Smith.

Still, it is a bit different for Remington. They may have plans to fight New York gun control laws even as they accept cash from the state and pay taxes to it. There are a lot of people who depend on Remington, both outside and inside the uniform. The question is whether or not that’s enough.

Will you do business with Remington following this announcement? What about other Freedom Group companies?