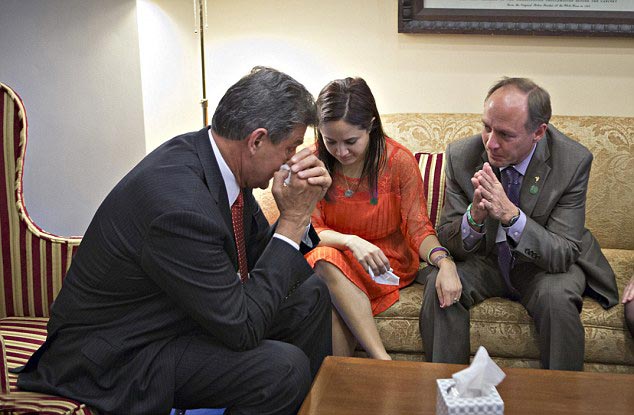 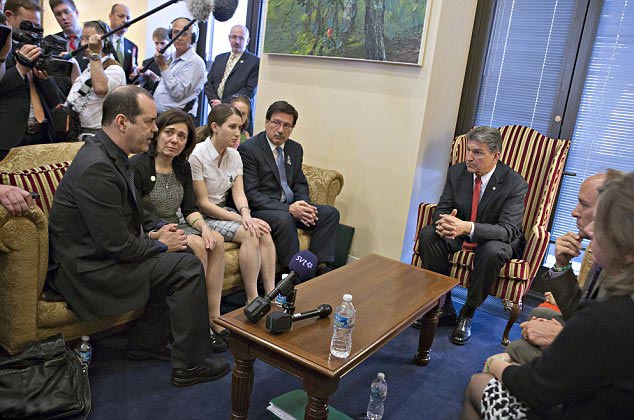 Yesterday on Capitol Hill, Sen. Joe Manchin (D-WV) broke into tears during a meeting with a number of Newtown families while discussing the upcoming floor debate on gun control. “I’m a parent and a grandfather, and I had to do something.” The Senator spoke quietly, choking up stating, “I had to do something.”

Mark Barden, a father of a slain child, comforted the Senator and handed him a tissue. “Let’s all share,” the senator said, putting the box of tissues on the table between them.

On Wednesday, Sen Manchin and Sen Pat Toomey (R-PA) announced a bipartisan deal that would establish universal background checks on all commercial gun purchases, even those made at gun shows or over the Internet between private buyers and sellers.

In a related story, it has been reported that New York Senator Chuck Schumer broke down while meeting with familes as well earlier today.

“The whole things is totally because of you,” Schumer said. “Your actions are not in vain. You’ve had more effect on this issue than I have seen in 20 years that I’ve been fighting for it here in the House and Senate.”

Having to pause for several seconds and choke back tears, Schumer went on to state, “It’s so hard to come and just light those candles,” he said with a quivering voice. “And, as I’ve said, we’ve been in darkness for 20 years when it comes to gun control.”