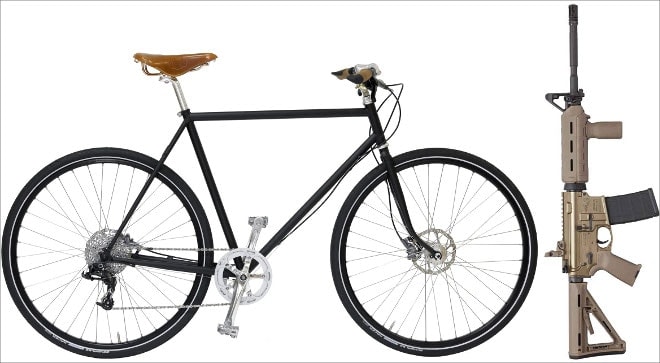 In a patentable Biden moment on MSNBC’s “Morning Joe”, Vice President Joe Biden went on a rant about gun owners and gun culture, and it was predictably off-base and quoteworthy.

“It used to be we were dealing almost exclusively with hunters. There’s a whole new sort of group of individuals now who, I don’t know what the numbers are, that never hunt at all but they own guns for one of two reasons: self protection or they just like the feel of that AR-15 at the range. They like the way it feels. You know, it’s like driving a Ferrari. My impression is that there’s not the same sort of cultural norm.”

Yeah, that’s right, shooting guns for fun is a new thing, and back in the day, people had better gun culture, just ask the ghost of Alexander Hamilton, Founding Father and duelist.

Remember your first 10-speed? Maybe it was a slick 21-speed. It was your first real bike, you could take it on the street, it was faster everywhere and easier to ride uphill. It made bike riding fun all over again.

At some point, all the kids had to have one. They would do anything for a real bicycle with shifters, no matter how tedious the chore.

And then everyone had their own 10-speed; each one was a little different from the next kid’s and every single bike company made them. 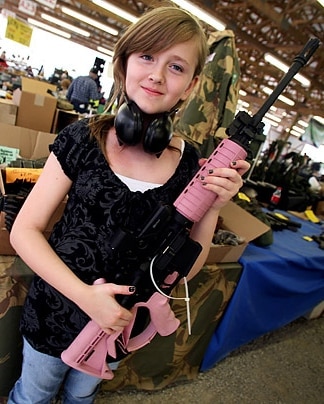 For a lot of gun owners, ARs are like that. They’re a great first “real” gun. They’re ubiquitous, everyone should know how to use them, they’re simple and cost-effective.

ARs make great guns because they can be used for pretty much everything from hunting to self-defense and you’d be hard-pressed to find someone who can’t handle one. They’re low-recoil to the point where you can teach kids how to shoot with them, and if you spend a day shooting one you’ll feel awesome for the rest of the week.

Whether you live in a big city, a quiet suburb or the vast rural American countryside, ARs come in handy. Most people don’t depend on their ARs on a daily basis, but when they do, boy are they a lifesaver.

Ferraris are rare and glamorous machines. ARs you can buy at Walmart.  However, there are Ferraris in the firearm world, guns for people with money to spend, but for the most part, they’re not ARs. They’re shotguns.

Isn’t Biden supposed to be an expert on that?