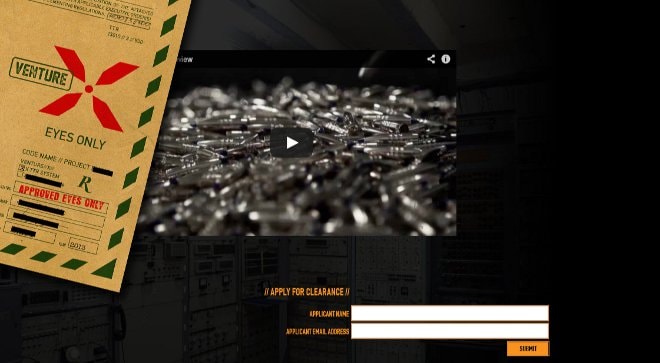 Remington has put together a teaser trailer spotlighting their soon-to-be unveiled VentureX project. The trailer and the companion website host no concrete information about VentureX, but it does give away one detail, a new partner: Tracking Point.

Tracking Point is a startup in the firearms world. They make “smart scopes” that can track moving targets and, calculating for bullet drop and windage, automatically adjust for aim.

Tracking Point’s smart scopes are so involved with the operation of the rifle that the user doesn’t even pull the trigger; the trigger is essentially a safety that prevents the system from firing unless the shooter is ready, and even then, will not shoot until the rifle is adjusted to the corrected point of aim. Then the rifle shoots itself.

It’s going to change the way people think about long-range shooting. In some ways, it already has.

From what wasn’t redacted in the video, it looks as though Remington is working on implementing the Tracking Point system with their MSR rifle. We can’t know for certain until the NRA expo next month.

If you go to the website, What is VentureX, you can sign up for more info as soon as it is released. Tracking Point hosts the registration.

From what we’ve seen, Tracking Point’s hardware and software are top-notch, definitely at the forefront of what’s available on the commercial and even non-commercial markets.

Their gunsmithing skills were less impressive, with the scopes sometimes permanently attached to rifles with some messy welding, with some tape and hot glue thrown in for good measure.

For Tracking Point’s purposes, demonstrating early prototypes, this isn’t an issue. For a finished product, whether its for military or civilian usage, they are going to have to step things up.

That could be exactly where Remington fits in.

This is pure speculation, but with Remington already in the long hunting, target shooting and military markets, with more than enough in-house gunsmithing talent to seamlessly meld Tracking Point’s smart scopes with cold steel, they could bring the technology into full production without a lot of effort.

Remington also has the ammunition production ability to make long-range cartridges specifically tuned for use with Tracking Point hardware. The scopes can be programmed to work with just about any load imaginable, but a finished product that’s sighted in at the factory perfectly with both the rifle and the ammunition would be very enticing for all shooters.

What do you think VentureX is? We’re all ears.