Debates about gun legislation have sprung up like summer wildfires and Maryland has joined the conflagration.  This is a problem for Beretta U.S.A., who makes pistols, including the U.S. Military’s M9, in Accokeek, Maryland.  Beretta Holding oversees Beretta USA, Benelli, Franchi, SAKO, Stoeger, Tikka and Uberti, all of which import guns into Maryland.

The question facing many companies in similar situations is usually posed as an over simplified binary.  Stay or go?  Magpul’s pulling up stakes in Colorado.  Colt received favorable press when Bold Ideas, a company that makes Colt Competition rifles, decided to relocate from Oregon to Texas.  And Remington, who has decided not to leave New York (at least not yet), is rumored to be facing boycotts.

But what about Beretta?  Maryland’s proposed gun restrictions look like they’ll make it into law, and soon.  And when they do, Beretta will have to change the way they do business.

Recent media coverage suggested that Beretta is leaving Maryland, as if the decision has been made.  But the reality on the ground in Accokeek is far more complicated.

Should I stay or should I go? 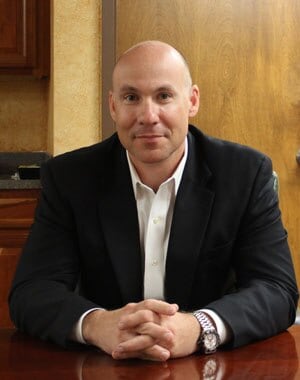 “It is a delicate decision,” Cooper says about the company’s future in the state.   “What’s clear at this point is that the state of Maryland is not friendly to this industry.”

This sort of understatement and restraint is characteristic of Beretta, a company with a 500 year history of firearms production.

“This [legislation] comes at a time when Beretta has plans for growth.  Our footprint, manufacturing, people and equipment — we have large growth initiatives in place for the next two- to three-year horizon.”

More jobs.  More investment.  More tax revenue.  These are things most states actively seek. But not Maryland.  Their window-dressing legislation offers the illusion that certain politicians are actually doing something about the problem of gun violence.  Yet the new restrictions will only restrict the rights of law abiding citizens in Maryland and hobble Beretta and their ability to process M9 shipments. 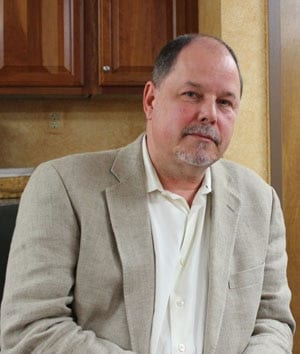 Moving the Beretta plant out of Maryland would completely derail M9 production, and that’s not something Beretta is willing to do.  “We’re in the middle of the new M9 contract,” Cooper said.  “It will be in production by the end of the year.”

“Delivery schedules are such that we can’t simply lift those machines up and send them someplace else,” Reh echoed.  “[Moving] would disrupt our delivery of pistols to soldiers.  We’re not going to harm the access of soldiers to our firearms because our Governor didn’t think through, or didn’t care about those obligations.”

Reh’s frustration is easy to understand.  The new legislation would prevent Beretta from importing, storing and selling M9 magazines, which are currently coming into Accokeek from New York.

But there’s much more to consider.  More than most companies that I work with, Beretta seems genuinely concerned about its employees. 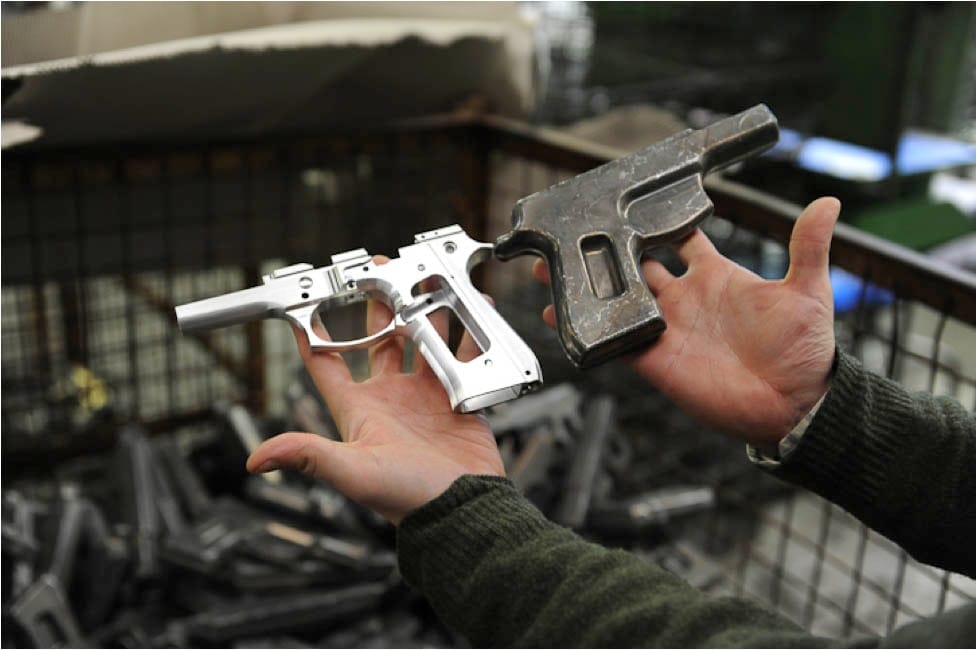 “We have to take into consideration our people that are here that have been with us here for 35 years, and their families,” Cooper said.

“Beretta employees are the Beretta family’s friends,” Reh said.  “In Mr. Beretta’s case, there’s a paternal feeling.  We have a responsibility for them, a fiduciary responsibility to them.  We don’t want to do something precipitate that hurts their lives or their families because we have a publicity seeking Governor.”

While this sentiment extends to all of Beretta’s global affiliates, it is especially palpable in southern Maryland, where Beretta is seen as a good neighbor.

“We are loyal to the people who are loyal to us,” Cooper said.  “We are also loyal to our end users who are passionate about this industry.”

And where would they go?  That’s the question we’re all waiting for.  “We’re not there yet,” Cooper said.  And he was not being cagey, just honest. 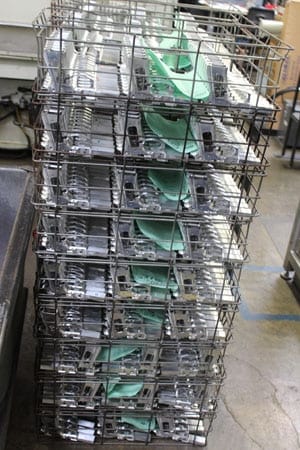 M9 frames for the ready for finishing.

Beretta is being courted by several states eager for their business, including Virginia, West Virginia, and others.  “There are a number of attributes we’re looking at, including financial benefits, and the political climate,” Cooper said about the possibility of moving out of Maryland.  “[The process] is easy because a lot of [states] are contacting us.”

But they’re not ready to go public with their decision yet.  They may stay and continue production in Maryland.  They may move sometime in the future, when contract fulfillment would not be disrupted.

Or there is a third option, which seems more realistic.  Beretta may choose to continue some production in Maryland and begin production in other states, too.  “Satellite production is in our best interest.  It provides us diversity in the event that [Maryland] laws continue to change for the worse,” Cooper said.   “We’re not going to rush, because we want to do it right.”

If the Governor signs the bill, the law will go into effect on Oct. 1.

“We fought and fought hard,” Cooper said.  “Any change that goes against Second Amendment is a bad law.”

“At the committee level it was bad,” Reh said about the Maryland legislation.  “Coming out of committee, after the amendments, it was atrocious.”

Reh, and everyone working on Beretta’s behalf, fought for the “absolute deletion of any further prohibition of firearms or components,” and what Reh described as “consumer harassment elements.”  Fingerprinting, firearms ownership cards, and mandatory safety training.

“Safety training is the poll tax of the Second Amendment,” Reh said.  “People will use it as an obstacle to prohibit law abiding citizens from exercising their constitutional rights.”

In the end, Beretta’s efforts were only partially succesful.  They managed to strip out the fingerprinting requirement, and reduce the number of hours of training, and reduce the fee to $50.  But their work did little to change the perception of modern sporting rifles, tactical shotguns and standard capacity magazines.

And now that Maryland’s fate seems certain, Beretta has redoubled its efforts at the federal level.

“The issue is under discussion,” Reh said.  “We have a public statement prepared for when the Governor signs the bill.”

The most likely scenario would keep the Beretta U.S.A. plant intact.  This would allow for the fulfillment of the M9 contracts.  It would also take care of their Maryland employees.

“Firearms industry executives are not like people who make ball bearings or screwdrivers,” Reh said.  “Once they get inside the realize there’s a political component and a defense of civil rights that involved in what we do that you don’t get in most industries.”  He should know.  He’s been with Beretta since 1983.

But Beretta’s plans for growth are significant.  And that new investment, and all that comes with it, may not happen in Maryland.  New products may well be launched in another location, where the laws wouldn’t make production, shipping, importation and sales so cumbersome.

Cooper summed up the mood when he said, “In light of way the legislation is heading, rewarding Maryland with that type of growth is difficult to digest.”