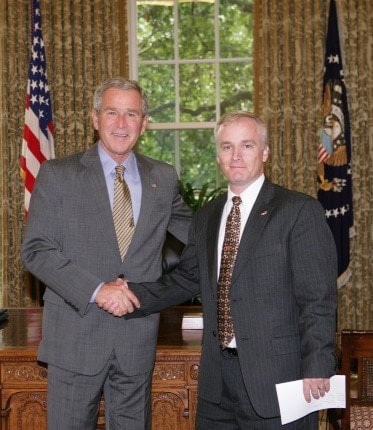 Texas is a state that’s usually known to embrace gun culture. However, that was not the case when a Boy Scout hike ended with a father in handcuffs, his guns taken away, and a decorated war veteran questioning his purpose for serving in the military.

Last month Army Master Sgt. C.J. Grisham took his 15-year-old son, Chris, on what was to be a 10-mile hike to earn a Boy Scout merit badge. The rural area of Temple, Texas, is known to be inhabited by wild boar, coyotes and cougars, so Grisham toted an AR-15. He also carried a .45-caliber pistol, as he was legally allowed to do with his valid possession of a Concealed Handgun License.

About halfway through the hike, Grisham said he heard a voice from behind telling him to stop. When he turned, there was a police officer parked on the road, motioning him to come towards the car. After Grisham met the officer, he then asked Grisham what he was doing with his rifle. Grisham replied calmly, “Does it matter, officer? Am I breaking the law?”

Apparently that was not the answer that the police officer wanted to hear.

According to Grisham, the officer then tried to forcefully take the rifle from him. He did not ask for it, he did not suggest that it be given up, he just grabbed it. Startled, Grisham pulled back, as the rifle was attached to him with a sling. The officer then drew his service pistol, aimed it at Grisham and demanded that he remove his hands from the firearm. Grisham complied.

At that point, the officer slammed Grisham onto the hood of the police cruiser. Grisham, then remembering he had a video camera as that was one of the requirements of earning the merit badge, decided to turn it on. Grisham uploaded the video to YouTube in which the questionable dialogue between the officers and Grisham can be both seen and heard.

Grisham repeatedly asked why he was being detained and what he had done wrong, but his questions went unanswered.

Apparently, the big issue was not that any law had been broken, but that Grisham was simply carrying — legally — an AR-15. One of the officers stated, “People are alarmed when they see someone with what you have.”

In Texas, a person must possess a CHL in order to carry a handgun. However, the state does allow a shotgun or rifle — including AR-15’s — to be carried, either open or concealed, provided that it is carried in a “non-threatening or alarming manner.”

It’s fairly clear, the officers in the video did not even know the law themselves, nor did they seem to care, but apparently they felt that a father on a hike with his son in a rural part of Texas with a rifle strapped to his shoulder was threatening. In fact, after the father recited the law to the officer, the officer replied with, “I feel threatened.” 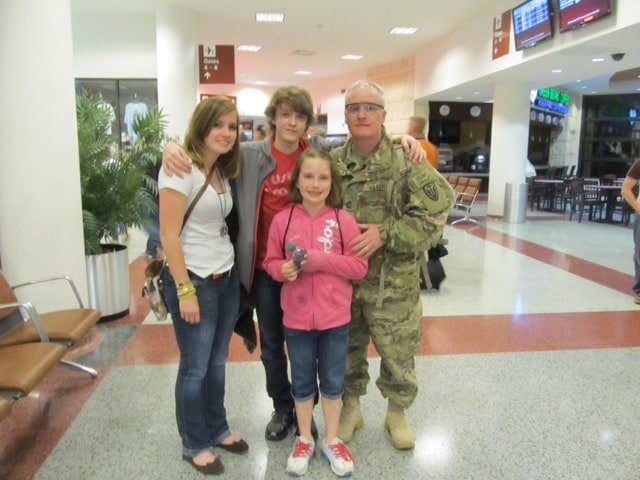 C.J. Grisham posing with his children the day he returned from Afghanistan.

Grisham was arrested and charged with resisting arrest – although in the video he clearly did not resist anything — but his charges were downgraded to interfering with a peace officer while performing a duty. Both his firearms and his carry license are currently being held by police.

Grisham has hired a lawyer to help him fight the charges. He has also set up a website to help cover the legal fees involved. So far Grisham has raised more than $17,500 and has garnered positive support from rights advocates.

On the site Grisham states, “I am completely innocent of this and all charges, and time will show that I did nothing wrong besides stand up for my rights as an American.” The rights that he, as a military veteran, fought to secure.

Grisham is an 18 year military vet who has served in both Iraq and Afghanistan. He was awarded the Bronze Star with Valor. After this incident however, Grisham has questioned why he serves. He states, “I wonder what it is that I’m fighting for.  If our basic rights are being violated this way — what is my purpose?”