When a pair of would-be burglars broke into a garage in Omaha early Saturday morning, what they expected was an easy score. What they found instead was a homeowner with a 12-gauge shotgun and some real wisdom to share about their life choices.

Rob Wegman told the Omaha World-Herald he knew that something wasn’t right when he heard his dog, Maxwell, barking around 1:00 a.m. Saturday. The garage, which is detached from his home near 212th Street and West Maple Road, had been broke in to three weeks prior, and about $4,000 in property had been stolen.

Wegman was not about to become a victim again. 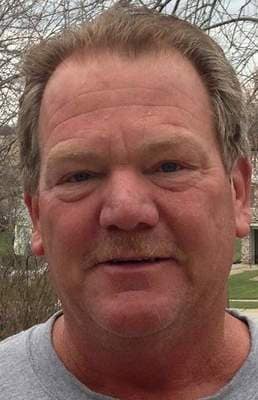 He grabbed his shotgun and went to check the garage, where he found an intruder, wearing a scarf for a mask. The intruder, identified as 22-year-old Bruce Linson, tried to hold the door of the garage closed, but Wegman forced his way inside.

Wegman then pointed the shotgun at Linson and ordered him to get down on his knees and put his hands on top of a chair. Wegman suspected that Linson was not acting alone, so he stood in the doorway of the garage, so that he could see all around him. He held Linson at gunpoint while his wife called the police.

While waiting for authorities to arrive, Wegman offered Linson some advice. He suggested to Linson that if he wanted to have nice things, he really should try getting a job. He explained, “I worked for everything I have, all my life. I worked day and night for many years.”

The 55-year-old owner of a drywall company is now being considered a hero by family, friends and others in the community.

Before being escorted away by police, Linson promised Wegman that he would return the items that were stolen three weeks ago, along with $1,000. Of course, he hopes that he sticks to his word, but Wegman states he wasn’t born yesterday and certainly wasn’t going to just let the guy go.

Both Linson and his accomplice, 20-year-old Tyler Robart, both of Fremont, were taken to Douglas County Jail on suspicion of burglary. It is unclear at this time how Robart was detained by authorities.

This is a prime example of defensive gun use where no shots were even fired.

Last year LB 804 was signed by Nebraska Gov. Dave Heineman. This law provides homeowners civil immunity following a criminal investigation. In other words, if homeowners face charges following self-defense or protection of property, they have the opportunity to be cleared after an investigation. Although this is not full Castle Doctrine, it is certainly a step in the right direction.