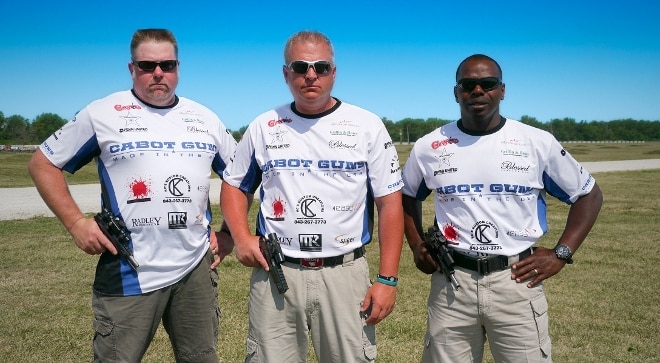 “We are proud to support competitive bullseye shooting,” said Cabot President Rob Bianchin. “We were excited to have our team led by 11-time National Champion Brian ‘Gunny’ Zins.  Brian did a beautiful job in 2012 showing off what a Cabot Gun can do in such expert hands.”

Cabot Guns is a premiere 1911 manufacturer, and they make some of the best and prettiest handguns, period. Made on tools intended for the aerospace industry, the level of precision Cabot Guns’ pistols are made to is unmatched in the gun world. They may be a new company, making their debut in just 2011, but they’ve already left a mark. 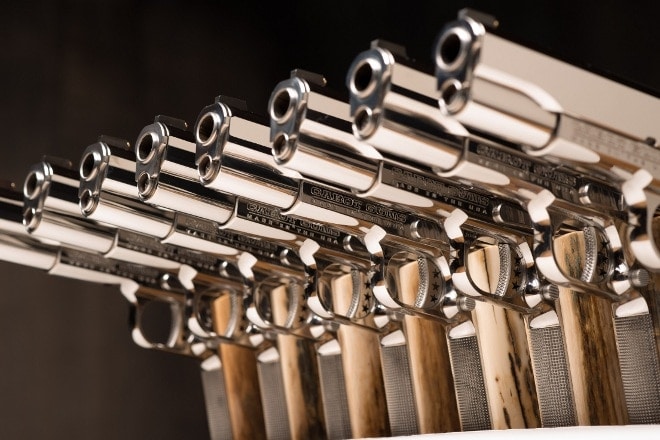 Combining leading-edge machining and traditional hand-crafted gunsmithing is their forte. Putting things into perspective, their National Standard Deluxe has a polished near-perfectly flat mirror finish with just two microns of deviation in the finish; the wait list for that model runs well into next year — and it’s priced at over $8,000. 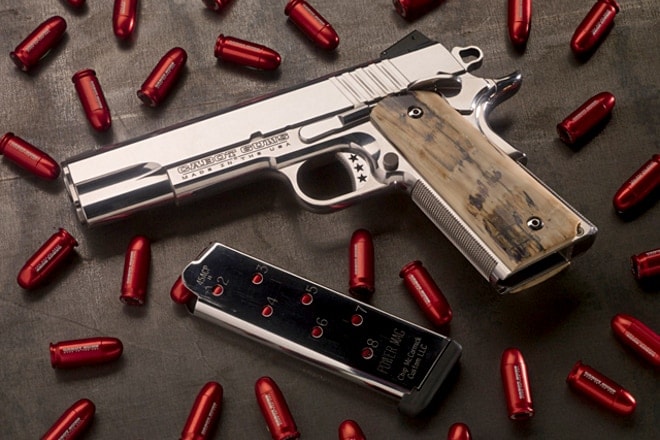 Cabot’s pistols are not inexpensive, with prices for their 1911s starting at a little under $5,000. While they’re fantastic shooters and meant to be used, there’s no doubt that they’re heirloom-grade guns, too. People have been known to have kids just so they can have someone to pass these guns to.

New for this year is the American Joe, a joint effort between Cabot and Detroit fashion designer Joe Faris, whose design was made in tribute to “American exceptionalism.”

We hope, for the sake of shooters everywhere who can’t yet afford a Cabot 1911, that they at least offer them as prizes at the Cabot Guns NRA National. With one of these guns at stake, we’ll see some intense competition for sure.

If these pistols are priced out of your current budget, head over to their website just the same. We’ve said it before and we’ll say it again, even the photos of their guns are outstanding. 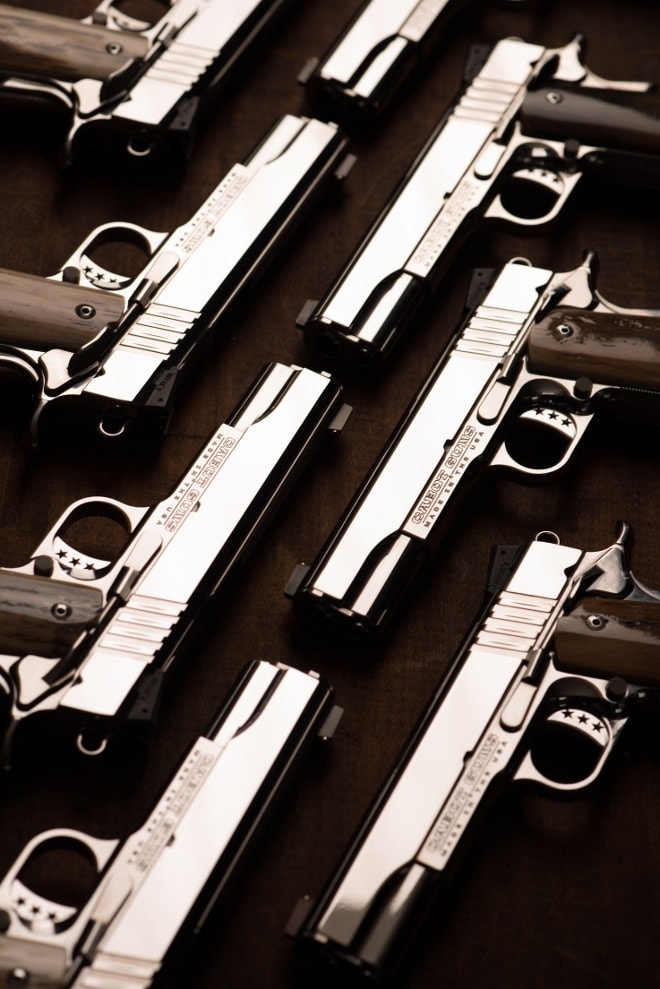