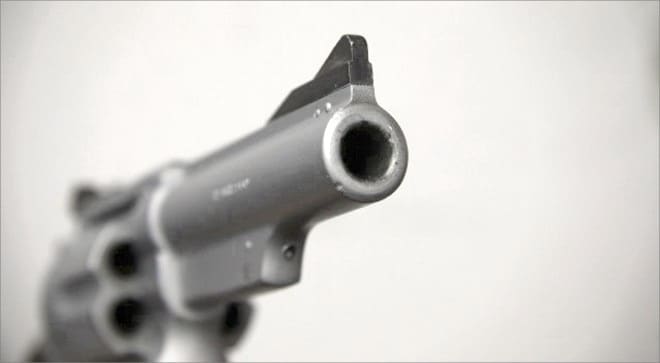 It may be antithetical to some, but a gun once belonging to Chris Dorner — the man who sought revenge against the LAPD’s abuses by killing police officers and their loved ones — is now raising money for Dorner’s victims.

Dorner sold an Astra 960 .38 Special service revolver to Bargain Pawn in Las Vegas for $50 in January. Bargain Pawn has since listed the revolver on the auction site Gun Broker, where it is currently selling for a couple thousand dollars.

“We’re trying to do the right thing,” said Bargain Pawn owner George Bramlett. “Every cent that we get will go to the two police families. They both had kids.”

As it stands, the survivors of Dorner’s rampage may, in the end, turn down the money.

Riverside police Sgt. Brian Smith, said “I appreciate what he’s trying to do. And we don’t like to turn money down. But when you get right down to it, Jeremy and Mike were murdered by this animal. We wouldn’t want to do that to the family members.”

Cindy Bachman, a sheriff’s office spokeswoman wrote in an email that the office “would not knowingly accept a donation to the MacKay family which was in any way associated with the suspect.”

If Dorner’s victims refuse the donation, Bramlett said he would donate the money to a police department or assistance fund.

“We want to do something good with the money,” added Bramlett. “I won’t keep it. I don’t want it. We’ll get rid of this money somehow. Some police department will accept it, I assume.”

We’re not surprised at all that this gun is a successful fundraiser. People have had a fascination with notorious guns and gun owners since, well, forever.

Al Capone’s .25 ACP was recently put up for auction, and he may be America’s most archetypal prohibition-era gangster. His .38 was also recently auctioned off, following the sale of one of John Dillinger’s revolvers at Christie’s.

Bonnie and Clyde’s guns were treasured before their bodies got cold, with their handguns plucked off their bodies just moments after they were caught and killed. And their long guns are no less sought after, with a shotgun and Tommy gun selling at auction for a cool half mil.

The Dalton Gang guns were also put up for auction not too long ago, proving that as long as there are guns used in crimes, there are collectors ready to put them into their safes.

If you’re interested in seeing more of the Dorner revolver, the auction listing is here. 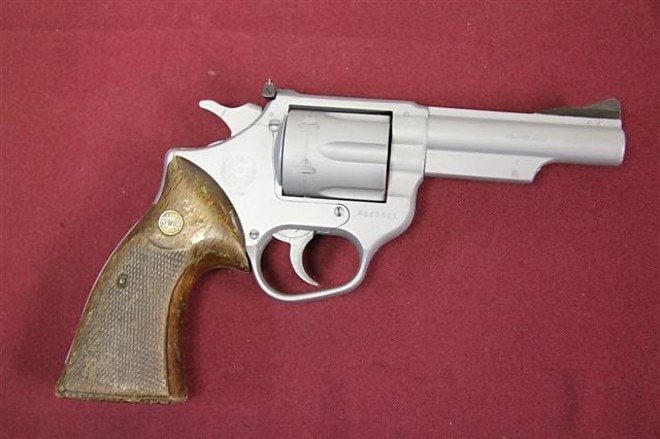 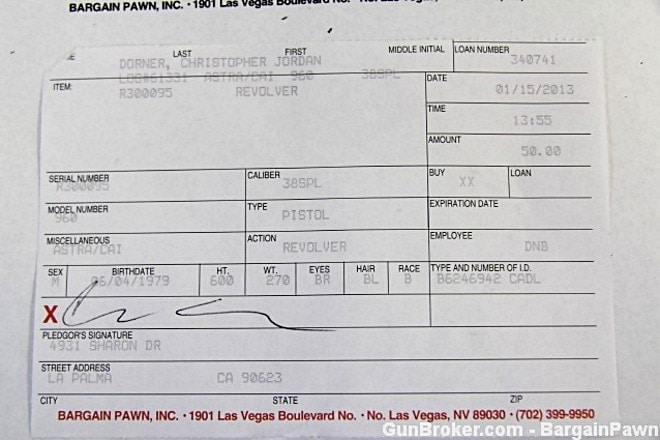 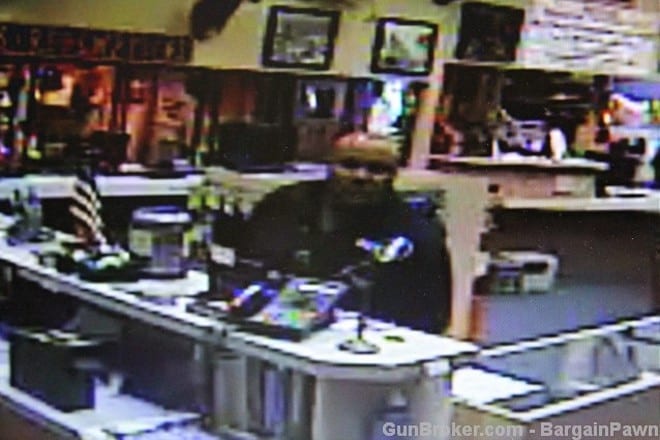 “The coward and murderer Christopher Dorner frequented many gun shops in Las Vegas and sold us this revolver on Jan. 15, 2013. We were visited by local police and turned over the video surveillance we had. We have attached a picture of the original ‘buy’ ticket with Dorner’s signature. We would like to donate any proceeds to the families of the victims so please let us know if there have been any funds set up.

“Astra model 960 revolver in .38 Special  and with 4-inch barrel. Action and bore are very good. Appears to have been refinished and exterior is in very nice shape. Appears to be fully functional.”

Still, we can see how some people find this all too morbid. Dorner had and still has supporters everywhere, people with no love for the LAPD and their history. This gun, for those people, is more than a piece of American history, it’s also a relic.