This is, of course, because …

“Since his State of the Union address in January, President Obama has been asking lawmakers to debate and vote on plans to curb gun violence, and today it finally happened. As a result, none of the proposals — for or against gun rights —  gained enough votes for approval this afternoon.

“Starting off, the U.S. Senate rejected the bipartisan plan to expand background checks. The Manchin-Toomey bill, which was recently proposed by Sens. Joe Manchin (D-WV) and Pat Toomey (R-PA), was supposed to be a compromise for those on either side of the gun debate.  It was also the centerpiece of the President’s gun control proposals. The final vote was 54-46, but a total of 60 votes were needed for it to pass.” 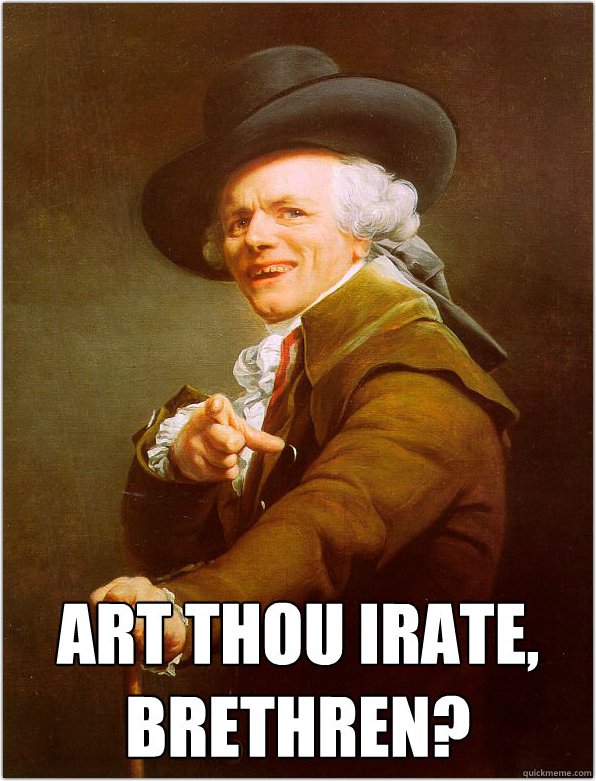 That is a self-portrait of one Mssr. Joseph Ducreux, FYI. Not really part of this conversation but conveys a message that really can’t be beat.