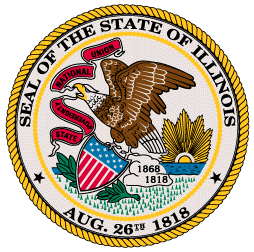 Seal of the State of Illinois

Thursday night a proposed concealed carry bill was struck down by the Illinois House. The proposal received 64 votes, only lacking a mere seven votes to obtain the 71 of 118 needed to make the bill a uniform state law that would replace home-rule regulations in larger cities such as Chicago.

If passed, the bill would make Illinois a “shall-issue” state, allowing residents to carry firearms, concealed or otherwise, provided the resident meets certain requirements, including background checks and firearms training. However, the bill would limit carrying firearms to such places as public transportation systems, while still banning firearms from many places, such as schools, stadiums and government buildings.

Tempers erupted, professionalism was set aside and personal attacks proceeded, as the Illinois lawmakers scrambled to come up with a last-minute decision on concealed carry privileges for the state.

However, Rep. Kelly Cassidy, who recently proposed a New York-style “may-issue” bill, only to have it shot down with an embarrassing 36 votes, argues that the proposed concealed carry bill is written too loosely and would result in more violence and gun deaths.

Currently, Illinois is the only state that does not allow residents concealed carry rights of any type. Incidentally, Chicago has been at the center of much of the current gun control debate. Pro-gun supporters state the reason, in part, for the epidemic crime in the area is due to the lack of residents’ ability to adequately protect themselves. While gun control activists claim that more guns within the population, even in the hands law-abiding citizens, will do nothing but increase violence, ultimately suggesting that guns have an influential role in the violence.

One thing that is apparent from both sides of the argument is that common ground must be found, as the federal appeals court deadline of June 10 for Illinois to approve a concealed weapons law quickly approaches.