Let me be clear.  I’m not endorsing skirting the ATF’s rules or regulations in any way.  Part of what I’m covering here is perfectly legal, and a bit boring.  Some of it is not.  But bitcoin is worth a look, if only to understand a growing aspect of the global internet-based arms trade phenomena. 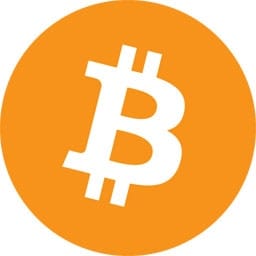 I’ve been wrestling with the bitcoin concept for a while.  The best analogy I’ve come up with is still a bit flawed.  Bitcoin is somewhat like PayPal.  It is a form of electronic payment.  Sort of.  PayPal actually transmits recognized government currencies.  Bitcoin is not a currency exactly.  People buy bitcoins with real currency, and then trade the bitcoins online for goods or services.

Bitcoin exists because a bunch of people on the internet believe it.  Their faith in the bitcoin gives it its value (which can fluctuate, depending on this confidence).

The big appeal of bitcoin is the ability to use it anonymously.  This is from bitcoin’s website:

“Bitcoin uses peer to peer technology to operate with no central authority; managing transactions and issuing Bitcoins are carried out collectively by the network. Through many of its unique properties, Bitcoin allows exciting uses that could not be covered by any previous payment systems.”

“Exciting uses that could not be covered by any previous payment systems.”  Previous payment systems, like credit card payments, are easily traced.  But bitcoin works more like old-fashioned cash.   Users buy black market goods online.  Bitcoin makes these transactions much harder to trace.

The most notorious site for buying drugs on line is The Silk Road.  Given the success of their illicit drug sales, The Silk Road began selling black market guns.  The Armory, The Silk Road’s firearms section, was soon spun off into an independent site.  But The Armory shut down.  An administrator from The Silk Road wrote in to a bitcoin forum in August of last year:

As most of you have figured out, we are closing the armory.  Your first question is probably “why?”.  Well, it just wasn’t getting used enough.  Spinning it off originally was done somewhat abruptly and while we supported it, it was a kind of “sink or swim” experiment.  The volume hasn’t even been enough to cover server costs and is actually waning at this point.  I had high hopes for it, but if we are going to serve an anonymous weapons market, I think it will require more careful thought an planning.

Buying guns legally with bitcoin isn’t making headlines.  The Arms Locker, in Pittsburgh, sells guns online and accepts bitcoin payment.  Or that’s the rumor.  The Bitcoin Review, a search engine seeks out retailers that accept BitCoin, brings up The Arms Locker as a ATF approved retailer that deals in BitCoin.

Their site description says “Firearms. Only in the United States. Buyer is responsible for knowing and abiding all federal, state and local laws.”  But after signing up for an account on The Arms Locker, the site has no guns listed.  They also don’t mention anything about bitcoin.  Ho-hum.

This is what’s got everyone’s attention.  The idea is simple enough.  The use of bitcoin is much more anonymous, as it doesn’t have the same electronic signatures as credit cards.  And dealers on the other end are just as anonymous.  The only hang up seems to be shipping.  But there are ways around that, too. 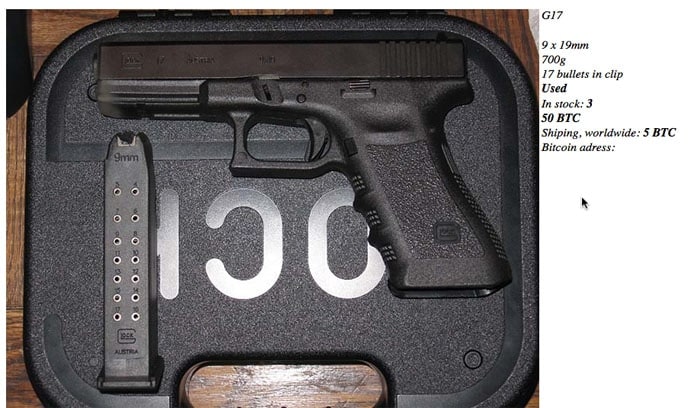 Most illegal sales happen through sites that aren’t accessible through typical browsers.  Instead, searchers use Tor, a browser that explores an entirely different layer of the web.  I found these two ads by typing “firearms” into Tor’s search engine, scrolling through the links.

Tor works by routing users actions through a series of encrypted hops that cover you electronic footprints.  Anyone monitoring traffic won’t be able to track where the traffic originates (or it is much harder).  It is a tool originally developed by the Navy, and it is used by all sorts of folks who don’t want their web usage monitored.

Tor helps protect the anonymity of the buyers and sellers.  Guns are advertised for sale on sites with the .onion extension.  Here’s where trust becomes a key element of the transaction.  A buyer transfers bitcoins for payment, and through heavily encrypted communication, provides an address (or a drop location, in some cases) for shipment. 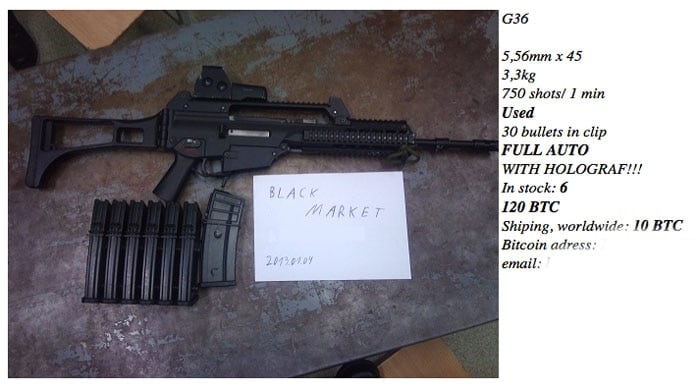 Guns are then dismantled, packaged in inconspicuous ways, and mailed, shipped, or dropped.  There are various reports circulating about a wide variety of weapons available.  Some sellers will sell silencers and full auto weapons.  Some will sell larger ordnance.  Others will offer to sell, or set up contacts with sellers that are ready to equip small insurgent armies.  This article on Gizmodo chronicles one writer’s attempts to arm a 20 man insurgent force.

Who’s buying guns on the on line black market?  Criminals, obviously.  Even buying online like this is enough to make you a criminal.  But there’s more.  Some of the buyers are not planning to use their guns for nefarious purposes, as such, but are more concerned with government oversight.  And these aren’t just Americans.  Bitcoin has been embraced by many in Europe and Asia, especially where there are much more restrictive laws.

In the end, I think it is an interesting way to buy guns.  But it has to be risky.  You send someone money and they send you a gun.  Maybe.  I don’t know that these sellers are always…what’s the word?  Honest.

Will it catch on in the US?  I doubt it.  Unless a buyer is looking for something they can’t legally procure through normal means, the risks will outweigh the potential gains.